For many families in the Durbin Crossing area, this could be the fourth time their child has been moved to another school. 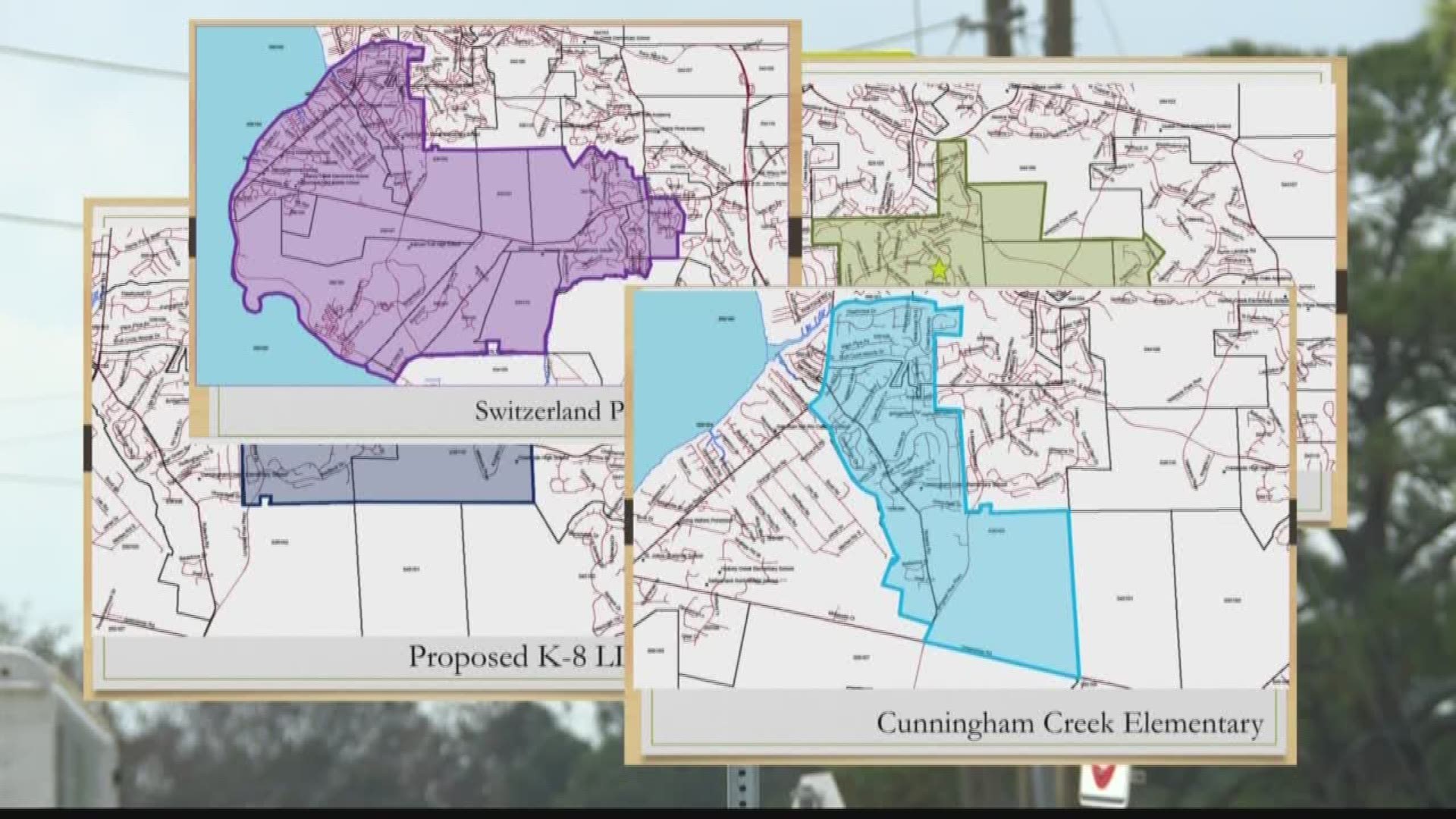 ST. JOHNS COUNTY, Fla. -- Being the top rated school district in the state of Florida comes with its perks and downfalls for St. Johns County. As they continue to combat overcrowding in their schools, many parents are unhappy with the proposed solution, which would be another year with rezoning.

For many families in the Durbin Crossing area, this could be the fourth time their child has been moved to another school. They are so fed up with it that they put together a neighborhood meeting Thursday at Patriot Oaks Academy to discuss how they want to handle the issue at an upcoming town hall meeting with the school district.

Parents like Julie Prangley and Heather West said they are concerned over the constant change for young kids, especially when it takes them to a different school or bus stop from their older siblings.

“I think there’s an overall feeling of it’s tearing our neighborhood apart,” Prangley said. “We pre-plan for roads, but we don’t pre-plan for schools. I think students lives are more important, I mean when you have a school filled with 1600 students meant for 1100 you have a problem.”

West said they should have built bigger schools from the beginning.

Many schools are over capacity and are currently using additional mobile units as classrooms. Cunningham Creek Elementary is 338 over capacity, Switzerland Point Middle is 458 over, Fruit Cove Middle is 104 over and Patriot Oaks Academy is 444 over capacity.

“Rezoning is the hardest job because you always make someone upset at the end of the day,” said School Board representative Beverly Slough.

She said she wants families to know they are listening to their concerns, that’s why they worked on a different plan. Plan A would impact many kids who walk and bike to school now, changing them to a bus system and Plan B would have many kids who are already on a bus to go to a different school further away.

“From that input we developed ‘plan b’ which we are now taking input on too," she said.

Parents put together a petition to combat more rezoning in SJC. Some kids will be forced to change schools for a 4th time. More at 5 & 6 pic.twitter.com/QWTkaVsWsb

The final public town hall meeting to discuss the issue is at First Coast Technical College in St. Augustine at 6pm on Monday, Sept. 25. The school board expects to make a decision on Nov. 14.

Many parents are working on a petition, which has already garnered nearly 1,500 signatures.

Two schools in SJC are under construction now and are expected to open for next school year. Slough said they hope to have 20 new schools over the next 20 years.