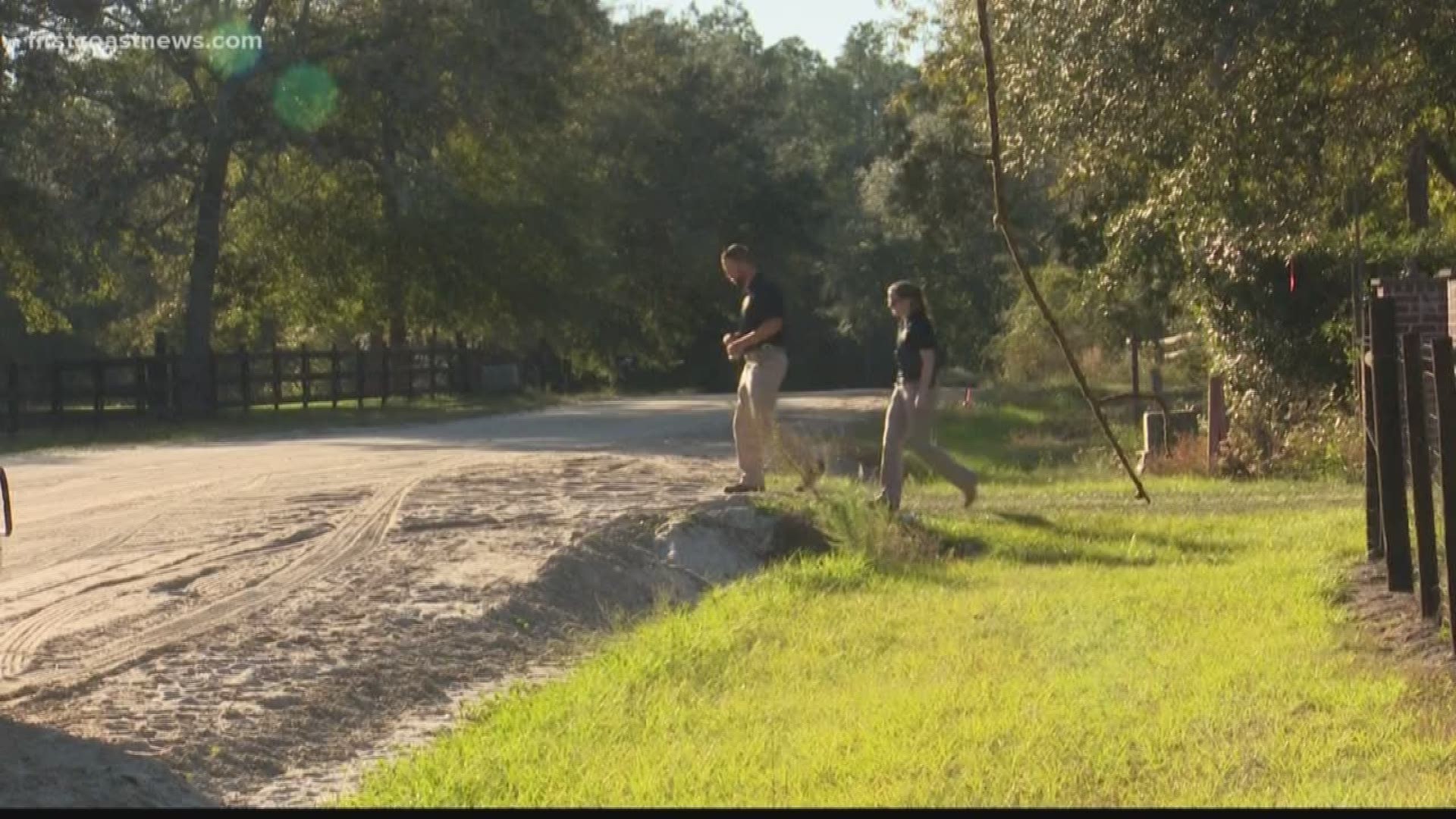 The Georgia Bureau of Investigation has identified the teenage boy and two women found dead at their home Tuesday near the Florida-Georgia line.

The three family members found dead were identified as Caleb Logan Butts, 15, his mother Kimberly Gayle Butts, 39, and Jan Elizabeth Kirkland, 64. Kirkland is the mother of Kimberly and the grandmother of Caleb.

The bodies were discovered by the father of one of the women found dead, GBI said. A neighbor says the father who found them lives in a mobile home behind the property.

Lana Bliss lives a few houses down. She says she was out working in her yard all day and didn't see anything unusual until deputies arrived.

"We didn’t hear anything. It felt like a regular day so I am pretty surprised actually," said Bliss.

Judy Spradley, also a neighbor, says her husband, who is a local preacher, knows the family well.

"I'm so sorry this had to happen, but we are praying for them, said Spradley.

"He tried to come up here and pray with the dad but he was too upset because you know he found them like that," said Spradley. "The dad found them."

The cause of death at the home in the 1400 block of Mary's River Bluff Road, St. George, Ga. has been determined to be gunshot wounds.

The Charlton County Sheriff's Office has handed the case to GBI. They were called onto the scene around 1 o'clock Tuesday. They collected evidence and broke the news to other family members over a course of about five hours. The coroner left the home around 5:30 that evening.

Investigators said they do not believe there is a current threat to the public, according to GBI.

Relation of 3 found dead in double homicide/suicide:
15yo Caleb Butts is the son of Kimberly Butts. Ms. Kirkland is Kimberly Butts’ mother and Caleb's grandmother. Info per investigators. @FCN2go

This is the full press release on the double homicide/suicide from the GBI: pic.twitter.com/wp2todLXZR