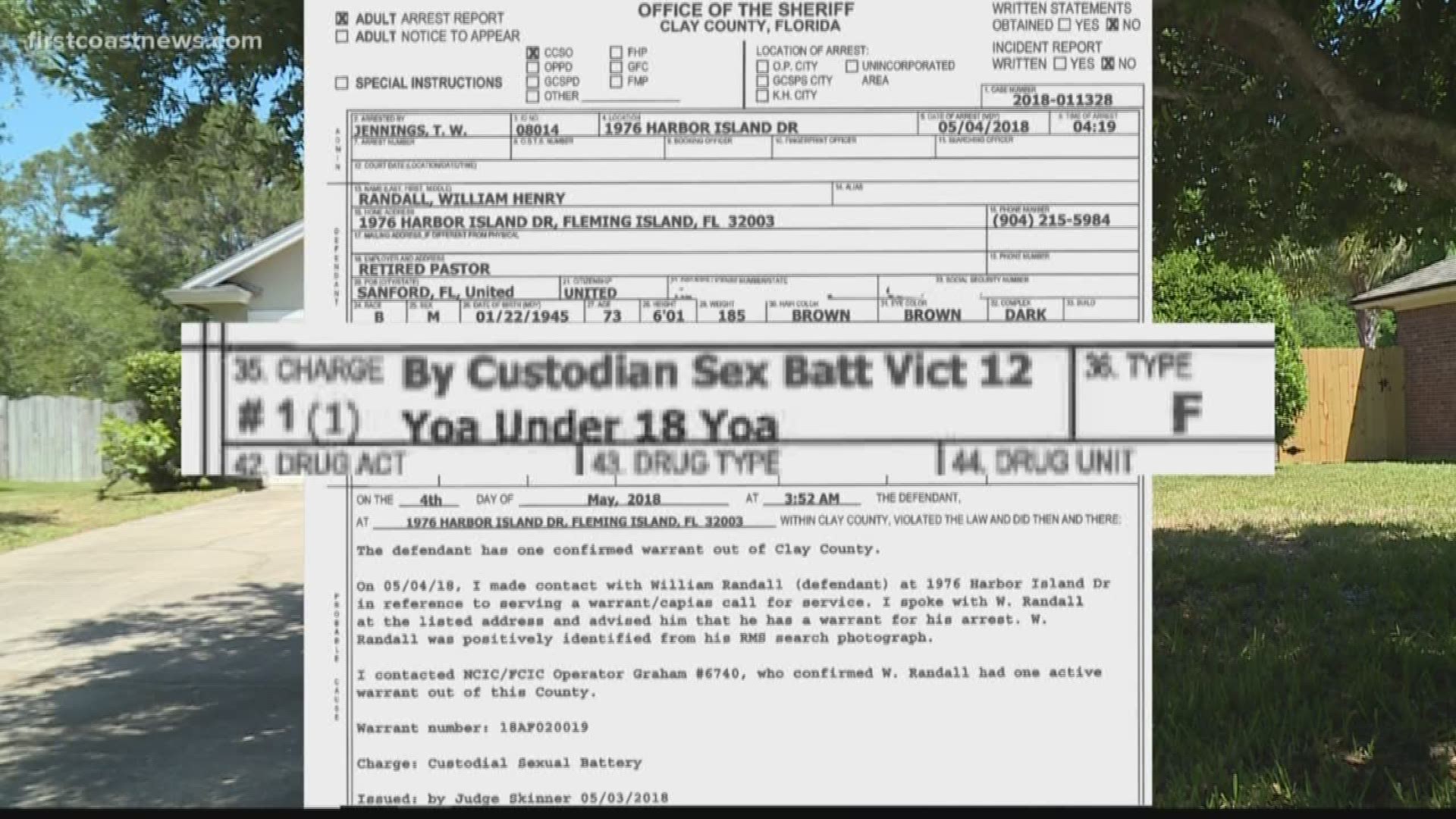 ORANGE PARK, Fla. -- A well-known Clay County pastor was arrested over the weekend on sexual battery charges against a minor, according to the Orange Park Police Department.

Police arrested William Randall at his Fleming Island home May 4, a home he has lived at for the past three decades.

Neighbors told First Coast News they were shocked the details about his arrest, including Inman Sullivan.

Sullivan, who lives across the street, described Randall as a quiet neighbor.

"He doesn't bother anybody," he said.

The retired pastor is accused of custodial sexual battery. According to the arrest document, the victim is a 12-year-old girl.

Sullivan, who was a member of Randall's church at one point, said he was stunned.

Investigators said the incidents began in 2009 and involved a juvenile who attended his church.

Before Randall retired from the pulpit, he lead St. Simon Baptist Church, a small country church off Miller Street in Orange Park.

He is also known as a community activist. Randall also tried his hand at public office several times and failed miserably.

In 1998, he was selected as the Republican Candidate to run against former Congresswoman Corrine Brown.

Brown, who was facing her own scandal at the time, became a prime target.

Randall denounced her in his television ads saying, "We need public officials to be honest ..."

His challenge to Brown's integrity was fierce, but she would still defeat Pastor Randall 56 percent to 44 percent.

Even during that political campaign, Randall had his own issues with the law. According to published reports, the pastor had problems with worthless checks and the IRS.

Those issues have since been resolved.

His bond was set at $25,000. Randall has posted bond and was released from the Clay County Jail.

He's awaiting trial on the charges.