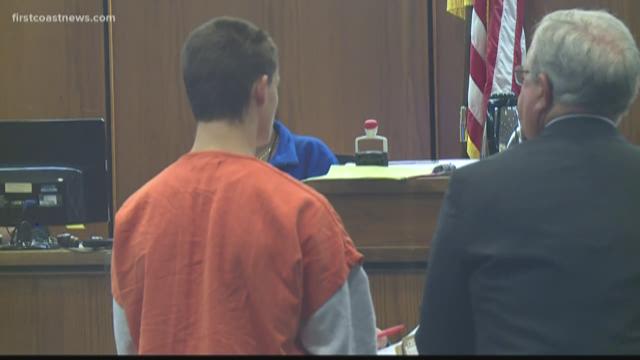 JACKSONVILLE, Fla. -- Logan Mott, the teen accused of killing his Grandmother, has plead not guilty in court Monday morning.

Mott's parents were present in the courtroom during his appearance.