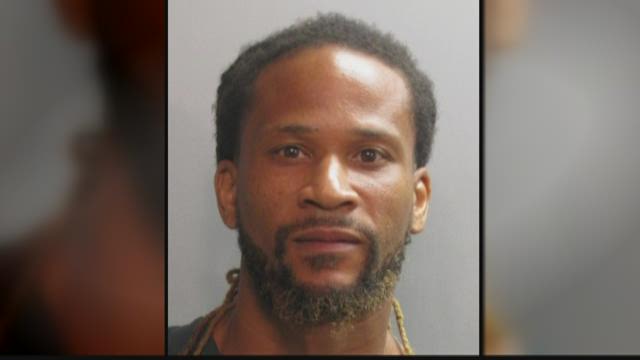 JACKSONVILLE, Fla. - A former NFL and Florida Gators star was busted by the law yet again when he was arrested in connection to a domestic violence incident Tuesday.

Jabar Gaffney, 36, was arrested at his Intracoastal West home after the woman he was living with called the police. The woman told police that the two got into an argument on Tuesday where he "got really mad and took his middle and index fingers and poked her on her forehead" before telling her "she should be glad she doesn't have a black eye," the police report said.

Gaffney left after the incident and when he returned, the woman called JSO. Gaffney then left again and yelled at her "Good luck in court," according to the report.

A JSO officer said the woman had a small red bump above her left eye and nose area where she said she was hit. The woman told JSO that physical violence was an ongoing issue between her and Gaffney and happened on multiple occasions, the report said.

Gaffney returned to the home and told police he didn't touch her. He was taken into custody and was arrested.

Gaffney - who graduated from Raines High School and played as a wide receiver for five NFL teams from 2002 to 2012 after playing at the University of Florida - has a history of getting in trouble with the law. He had a temporary injunction for protection filed against him from an ex girlfriend relating to domestic violence in 2016, according to court documents. He also had 12 traffic violations dating back to 2013 in Duval County and he arrested last April and charged with possession of marijuana, according to our news partners, The Florida Times-Union.