"I asked God to forgive me" were the words Steven Murray said he muttered immediately after he shot and killed Father Rene Robert, a beloved St. Augustine priest, in 2016. 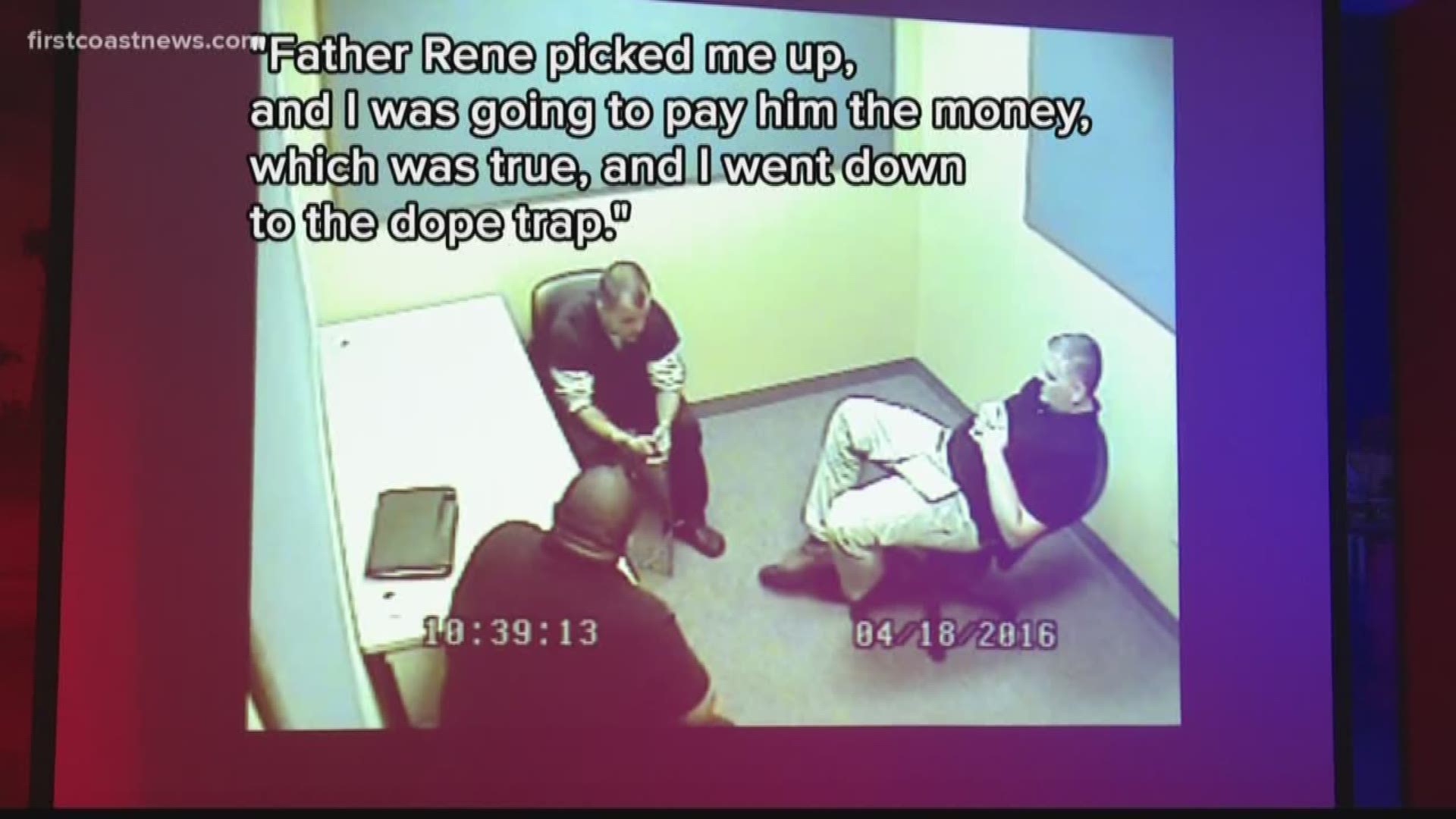 "I asked God to forgive me" were the words Steven Murray said he muttered immediately after he shot and killed Father Rene Robert, a beloved St. Augustine priest, in 2016.

It was April 18, 2016, six days after Father Rene was reported missing. Murray sat in an interrogation room at the St. Johns County Sheriff's Office where deputies began reading his rights.

"I already know them," he interrupts, showing that this wasn't his first run-in with the law. "I have the right to remain silent. Anything you say can and will be against you in the court of law. You have a right for an attorney. If you cannot afford one, ya'll will appoint me one."

With no hesitation, Murray told investigators how he ended up killing Father Rene. He was foggy with dates and times, but said it all started with a phone call for the priest to come to Jacksonville so he could pay him back some money he borrowed.

"Father Rene picked me up and I was going to pay him the money, which was true," he said. "And I went down to the dope trap."

The dope trap is slang for a place where drugs are sold. Murray said he dropped Father Rene off at a corner on Jacksonville's westside while he took his car to go buy drugs. He said he didn't want to take the priest into the environment.

"I got some weed and I ended up getting some crack," he said.

Murray said after he bought drugs, he picked up Father Rene and headed toward South Carolina.

"[He] went up to South Carolina against his will," he told the detective. " ... Means he didn't have a choice."

"Did he say he didn't want to go?," the detective asked.

At some point, Murray said he forced Father Rene into the trunk of the car. He said he cut the emergency release strap out of the trunk so Father Rene couldn't escape.

"How did you get him into the trunk?," the detective asked.

"Just asked him to ... I need you to get in that trunk Father Rene," he said.

Murray said he was hoping to see his kids in South Carolina, but when he arrived, their grandfather turned him away.

Murray said after he left, he then broke into a few homes and stole guns.

He said he just snapped and was afraid Father Rene would turn him into police.

Murray said the priest never saw it coming and that he never knew he had a gun.

"I shot him in the, I think the chest one time and the head the last time," he said.

The detectives asked him what he said after he shot and killed Father Rene. He said he "asked God to forgive me."

Murray was left alone in the room after the interrogation with his head in his hands. Shortly after, he led detectives to Father Rene's body.

Murray is now serving a life sentence in a Georgia prison without parole.