Dandridge teen with cancer starts his own lawn care business

Wyatt Crippen has battled brain cancer for half of his life, and he doesn't plan on giving up any time soon. 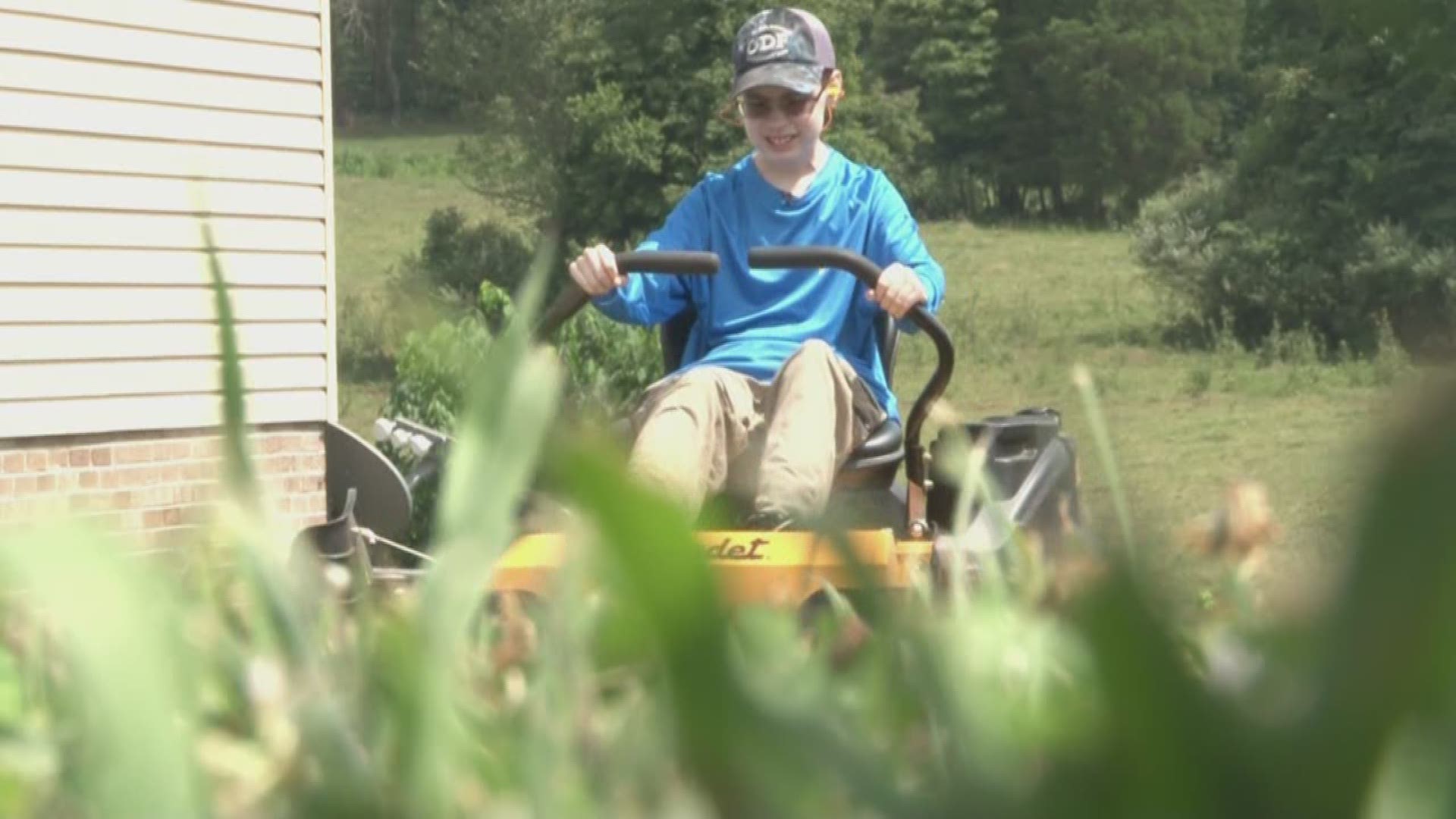 DANDRIDGE, Tenn. — It’s usually tough getting a teenager to do chores like mowing the grass, but for 13-year-old Wyatt Crippen, who has been battling cancer since he was 7, having that cutting edge isn’t so tough.

Wyatt has had his fair share of struggles in his lifetime, but his dad says everything he has endured so far has made him an extremely determined young man. As a teenager, he already has his own business and clients, and he doesn't plan on slowing down.

For Wyatt, sitting inside all day just doesn’t cut it. He says his illness usually keeps him indoors the majority of the time.

“I’m usually in the house a lot or at the hospital getting treatments or something like that,” Wyatt explained.

Wyatt makes it very clear he doesn’t let his illness slow him down. Wyatt was diagnosed with a form of brain cancer in the first grade, and has since been diagnosed three more times with brain tumors.

“This coming up December will be half my life I’ve been battling cancer,” Wyatt said.

Wyatt likes to focus on the greener grass, which is why at 13 and while on chemotherapy, he has his own lawn care business. Wyatt's dad, David Crippen, says Wyatt asked him one day to teach him how to use the lawn equipment.

“He came to me one day and said dad I want to learn how to use your lawn mower, well what did dad do? Teach him,” Crippen explained.

It wasn't very long before Wyatt asked his dad the golden question.

“He said dad I want to start my own lawn mowing business,” Crippen said.

Since that day two years ago, Wyatt’s clientele has grown from two yards to 20 yards.

“I think he’s ambitious. I think that’s good he wants to start a business. It’s not just a summer job mowing for him,” Ogle said.

Wyatt is not only an entrepreneur-- he's also his dad’s boss.

“Yeah he’s got me working for him free of charge. You know he’s a pretty good boss. I mean he doesn’t argue with me and he doesn’t really tell me to do anything. He just asks me when’s the next yard that needs to be mowed,” David Crippen explained.

As the grass grows, so does Wyatt’s independence.

Ten percent of the money Wyatt makes from mowing lawns goes to childhood cancer research, 20 percent goes toward buying new equipment, and the rest Wyatt gets to put in his savings account.