Dennis was a critical swing vote when the proposed Lot J project was shot down in Jacksonville City Council on Tuesday. 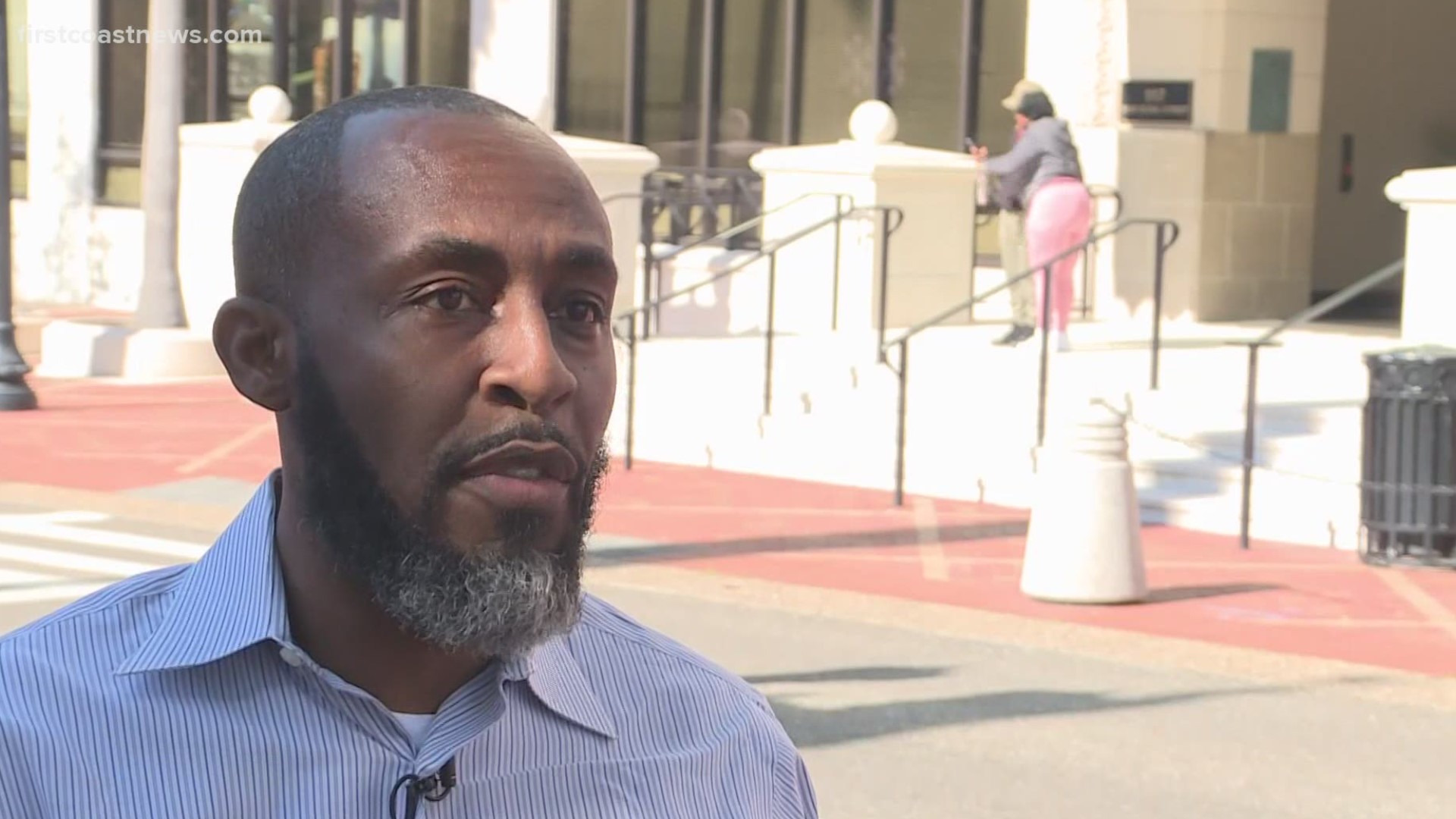 JACKSONVILLE, Fla. — A Jacksonville City Councilman issued a statement Thursday calling for Mayor Lenny Curry to step down in the wake of a scathing report on the failed privatization of JEA and a vote in council that shot down the Lot J project.

Coming toward the end of a busy news week at Jacksonville City Hall, Councilman Garrett Dennis is calling on Curry to resign from office.

"This city is in dire need of strong leadership and Lenny Curry is a reflection of neither. Curry doesn't collaborate, he bullies; is not transparent, he is sneaky and secretive; is not visionary, he is committed to the interests of a privileged few. And, when things don't go his way, he throws tantrums or attacks. Curry is daily informed and guided by a small group of political players. He has hand picked individuals for key positions who have neither the credentials nor experience, all to ensure he maintains tight control over a narrow agenda. He is incapable of handling any criticism, even that intended to be constructive. Case in point: he is the mastermind of the twice-failed attempts to sell JEA and has obliterated his integrity. Bottom line, that's not what I expect of a mayor, of a leader. Curry needs to resign."

First Coast News has reached out to the office of Mayor Curry for a response to the statement. Chief of Staff Jordan Elsbury sent us the following statement:

"Councilman Garrett continues to place politics over the citizens he represents and that’s unfortunate. It’s clear through his voting record and inaction in District 9 that he would prefer to spread lies for media attention."

Dennis has been a vocal critic of the Curry administration in the past, most recently getting into a heated exchange with the mayor on Twitter over allegations of infidelity.

Last week, a report by a council committee that had been tasked with investigating the failed sale of JEA was released. The report slammed Curry's office, alleging issues of transparency and saying his office was deeply involved with pushing the attempted sale forward.

On Tuesday, Dennis was a key swing vote in shooting down Jaguars owner Shad Khan's proposed mixed-use development at Lot J. If the deal had passed, the city would have put around $233 million in direct taxpayer subsidies into the project.

This is a breaking news story that will be updated throughout the day.

“[Curry] is incapable of handling any criticism, even that intended to be constructive.”
“Curry needs to resign.” @FCN2go pic.twitter.com/DDKzhbsRHU