The facility focuses on the collection, management and analysis of crime gun evidence, such as shell casings, to identify shooters and investigate crimes, according to the City of Jacksonville. 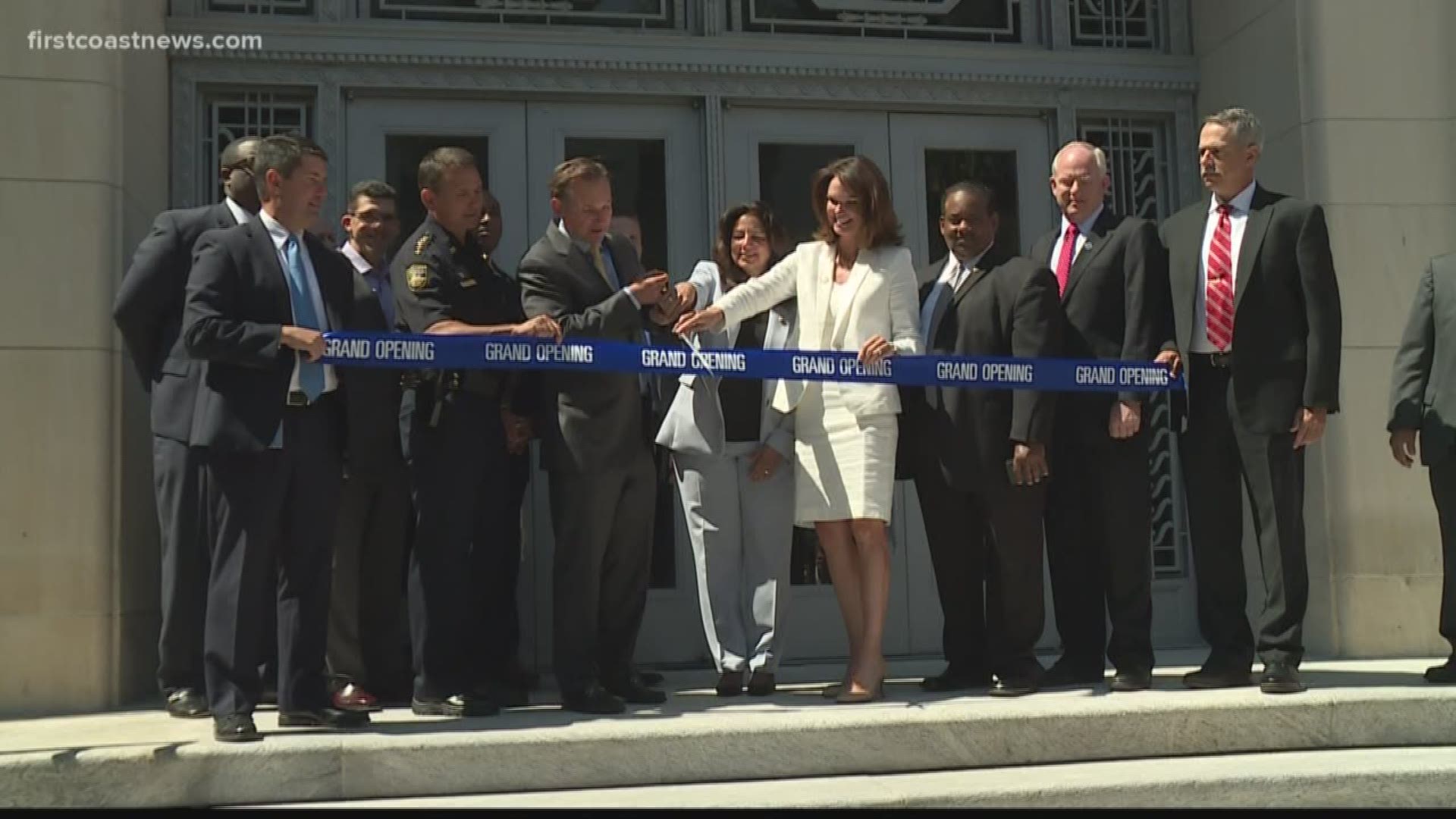 JACKSONVILLE, Fla. — A new Crime Gun Intelligence Center [CGIC] was unveiled during a ceremony in Downtown Jacksonville on Tuesday.

The facility focuses on the collection, management and analysis of crime gun evidence, such as shell casings, to identify shooters and investigate crimes, according to the City of Jacksonville.

CGIC investigators will use several tools such as the ATF National Tracing Center, National Integrated Ballistic Information Network [NIBIN] and ShotSpotter, a technology that detects gunfire as it happens in high crime areas in Jacksonville.

Both NIBIN and ShotSpotter were systems used to nab a suspect believed to be behind two murders and one attempted murder in Durkeeville in April.

By using these technologies, law enforcement and city officials hope to provide investigative leads in real time to prevent suspects from committing more shootings, the City of Jacksonville said.

All of these efforts are part of the Comprehensive Gang Reduction Strategy announced by Jacksonville Mayor Lenny Curry, the state attorney and Sheriff Mike Williams of the Jacksonville Sheriff's Office.

“The Crime Gun Intelligence Center is a cornerstone to the comprehensive strategy of fighting violent crime that we have rolled out in the past few years," Williams said. "This center will layer both the dedicated staff of expert investigators with the precise technology to literally be in the same room as our partners. All of our shared efforts to streamline the linked intelligence will bring justice even faster than we have been seen in the past.”

The facility is located on the ground floor of the State Attorney's Office / Ed Austin Building.