Bridgeport traveled from Puerto Rico to our First Coast and it remains a mile south of the St. Johns River. 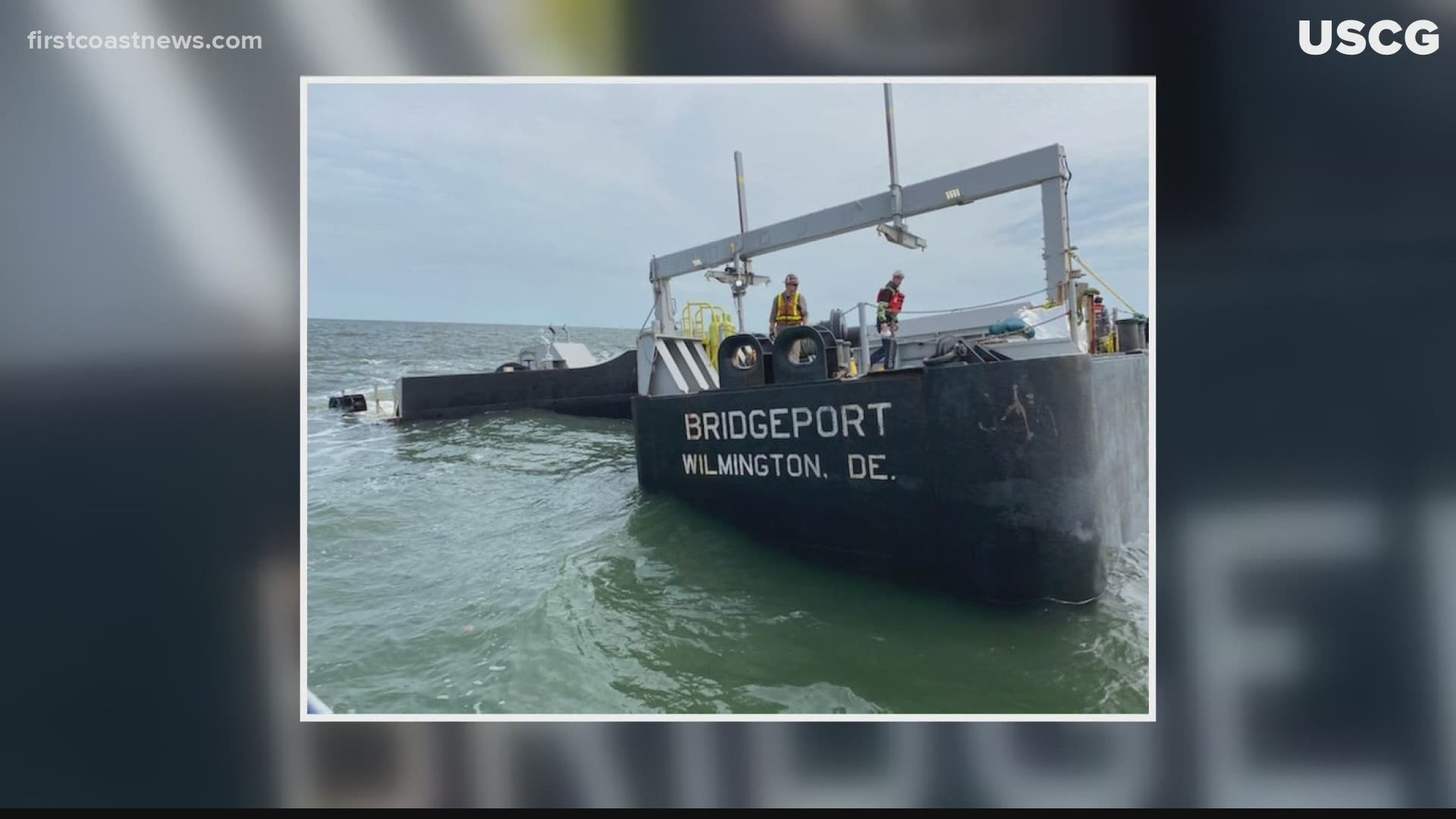 JACKSONVILLE, Fla. — It’s been two weeks since the 7,000-ton barge named Bridgeport has been in the water. All because of a heavy winded storm that left the barge deserted.

Bridgeport traveled from Puerto Rico to our First Coast and it remains a mile south of the St. Johns River.

“They were on the tow wire and with the heavy weather and heavy seas the barge strike the south jetties coming into St. John’s river," said Andy Legge, compliance manager for Dann Ocean Towing.

Legge who’s been working to get Bridgeport back afloat. Legge says the rocks on the side of the jetty poked holes into the left bottom side of the barge.

Legge says they hired a diving salvage company for additional help in getting this barge safely back to board. Currently, they’re waiting for a piece of equipment called a bucket dredge, so it could help lighten some of the cargo off Bridgeport.

“Right now, we’ve actually deliberately let what little air was left in the left side of the barge out to cause it to sink in place on that left side," said Legge.

Inside the barge it had a material called Agremax, First Coast News spoke with Dr. Quinton White, Professor of Biology Marine Science at Jacksonville University who says this material could be potentially toxic.

“You have the immediate impact of that ash sitting on the bottom and killing everything it covers and then you have the potential future impact of the material getting into the water column and then caught up in the food web," said Dr. White.