The fire happened in the 8200 block of Golden Bamboo Drive. 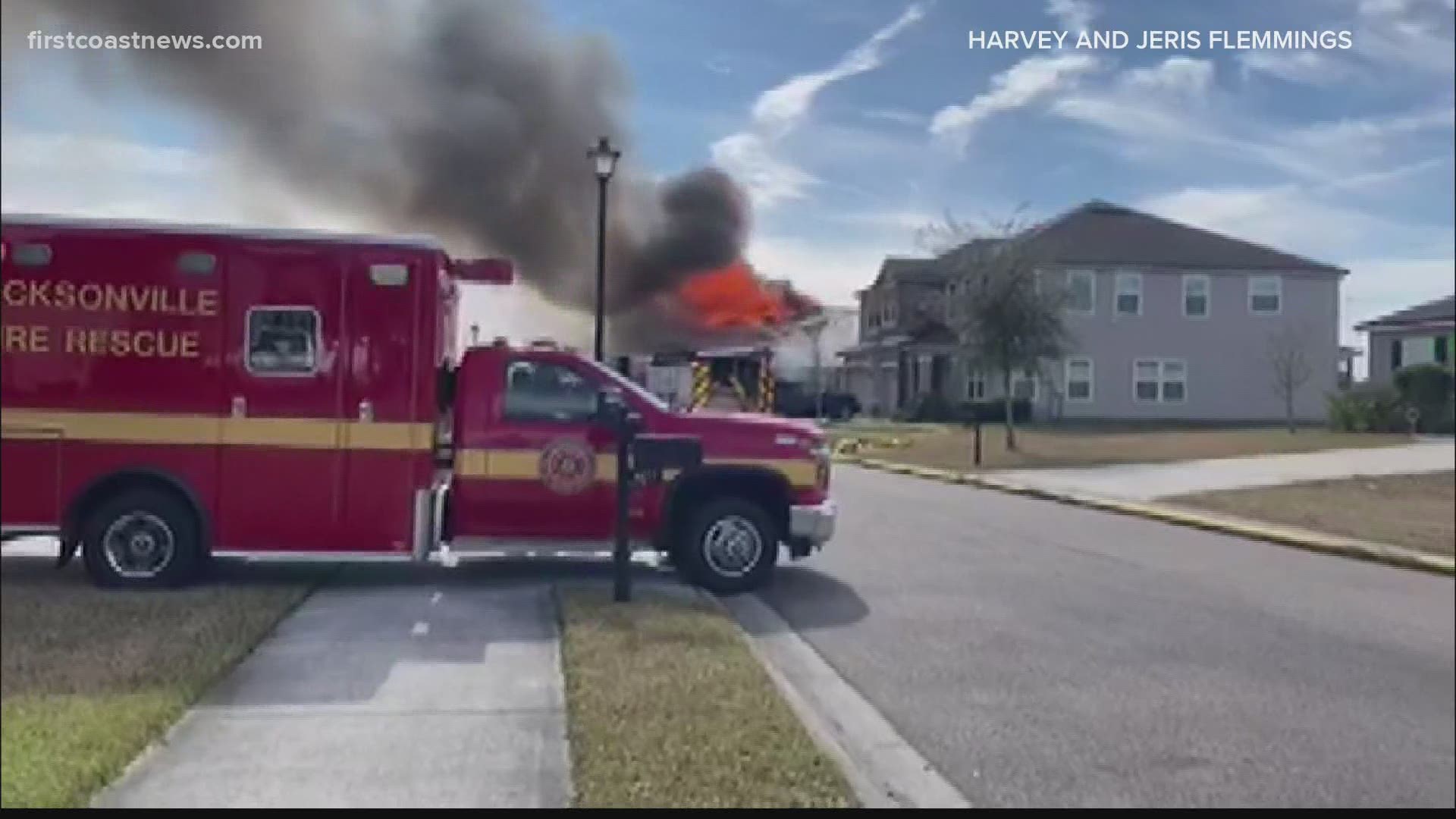 JACKSONVILLE, Fla — A home on Golden Bamboo Drive is completely destroyed after a fire broke out Sunday afternoon, according to the Jacksonville Fire and Rescue Department.

JFRD said the fire happened in the 8200 block of Golden Bamboo Drive.

All the flames have been put out after crews found heavy smoke coming from the home.

According to the JFRD, the fire may have started in the garage. There were two people inside the home, both of whom escaped safely.

No injuries have been reported and the cause of the fire is still under investigation.

BREAKING - House fire is now out but it appears the home on Golden Bamboo dr is totally destroyed @JFRDJAX day there were no reports of of any injuries @FCN2go pic.twitter.com/597ZgUWPxs

Crews are responding to the 8200 block of Golden Bamboo drive to a residential structure fire...E53 is on scene advising “Heavy smoke showing”.... more crews are en route.