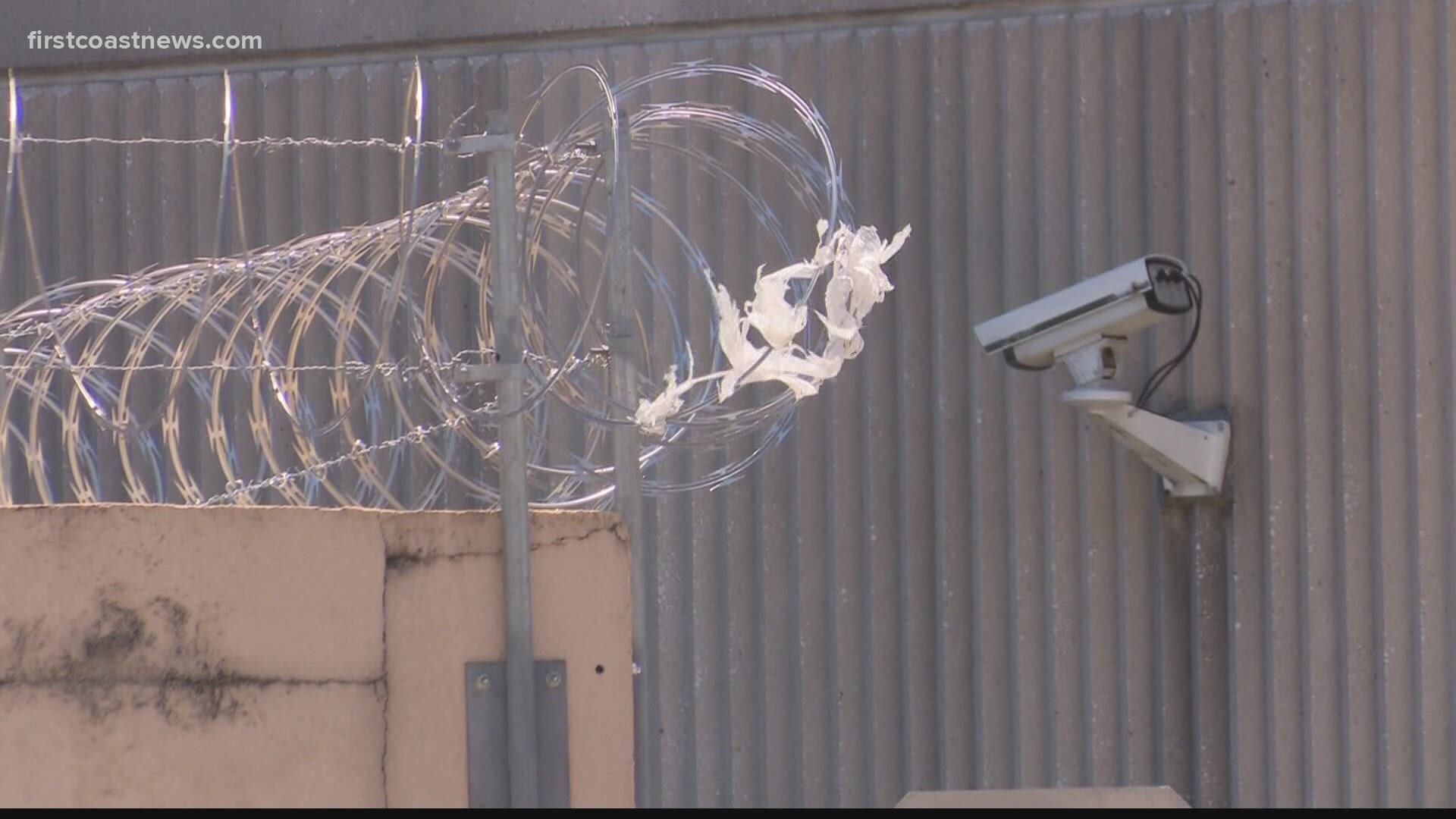 JACKSONVILLE, Fla. — A resurgence of COVID at the Duval County Jail is causing the cancellation of some criminal court proceedings and forcing officials to create a new rapid testing process for defendants.

"It's very disappointing," he told First Coast News. "We thought we were going to be back to full operations." Instead, he said, "It's kind of back to two steps forward, one step back."

According to a Friday morning memo from Circuit Judge Adrian Soud, defendants must now be rapid tested before their final pre-trial appearance, and again right before jury selection. If they test positive, the trial will be postponed.

The rise in COVID cases among in-custody defendants coincides with a resumption of in-person court. After a year and a half of Zoom court, the Duval County Courthouse ended virtual court just in the past few weeks. Misdemeanor court resumed in-person proceedings on June 28, and felony court resumed on June 21.

COVID cases are also rising in the wider community. Duval County has a 12 percent positive test rate -- the highest since January 2021, before most vaccinations began.

Mahon said that corresponds to the COVID outbreak at the jail. "The jail is the first indicator of what’s going on in the community from our experience," he said.

The timing of the outbreak so soon after in-person criminal court resumed is unfortunate. Mahon insisted the courthouse will not return to a fully Zoom criminal court, but said a hybrid approach "is not feasible," due to duplicate staffing demands.

The scope of the outbreak at the jail is not known – First Coast News asked the Jacksonville Sheriff’s Office for that information Wednesday afternoon, but had not yet received a response by Friday afternoon. However, multiple sources confirm that in-person jail visits have been canceled with inmates held in precautionary quarantine. Those inmates are also barred from entering the courthouse.

Soud’s memo also creates a special virtual court to process pending plea deals. During the early days of COVID, court officials created a virtual court to handle plea agreements where the punishment was time served. The new “J-2 court,” where the jail inmate appears via remote camera, will handle all plea deals.

Soud's full memo is below:

Effective Monday, July 12, 2021, the following matters have been established for felony cases involving in-custody defendants who are in precautionary quarantine:

Inmates in precautionary quarantine will not be brought to the Courthouse for intervening court dates.

Inmates displaying COVID-like symptoms will not be brought to the Courthouse.

Inmates who do not display symptoms will be rapid tested prior to Final Pre-trial.

We will temporarily establish “duty weeks” for handling of all proposed plea agreements (not just time-served) for cases where an in-custody defendant is in precautionary quarantine. The process is as follows:

Future weeks will be scheduled shortly.