The annual Georgia-Florida game will have some changes due to the pandemic, but many details are still in the works. 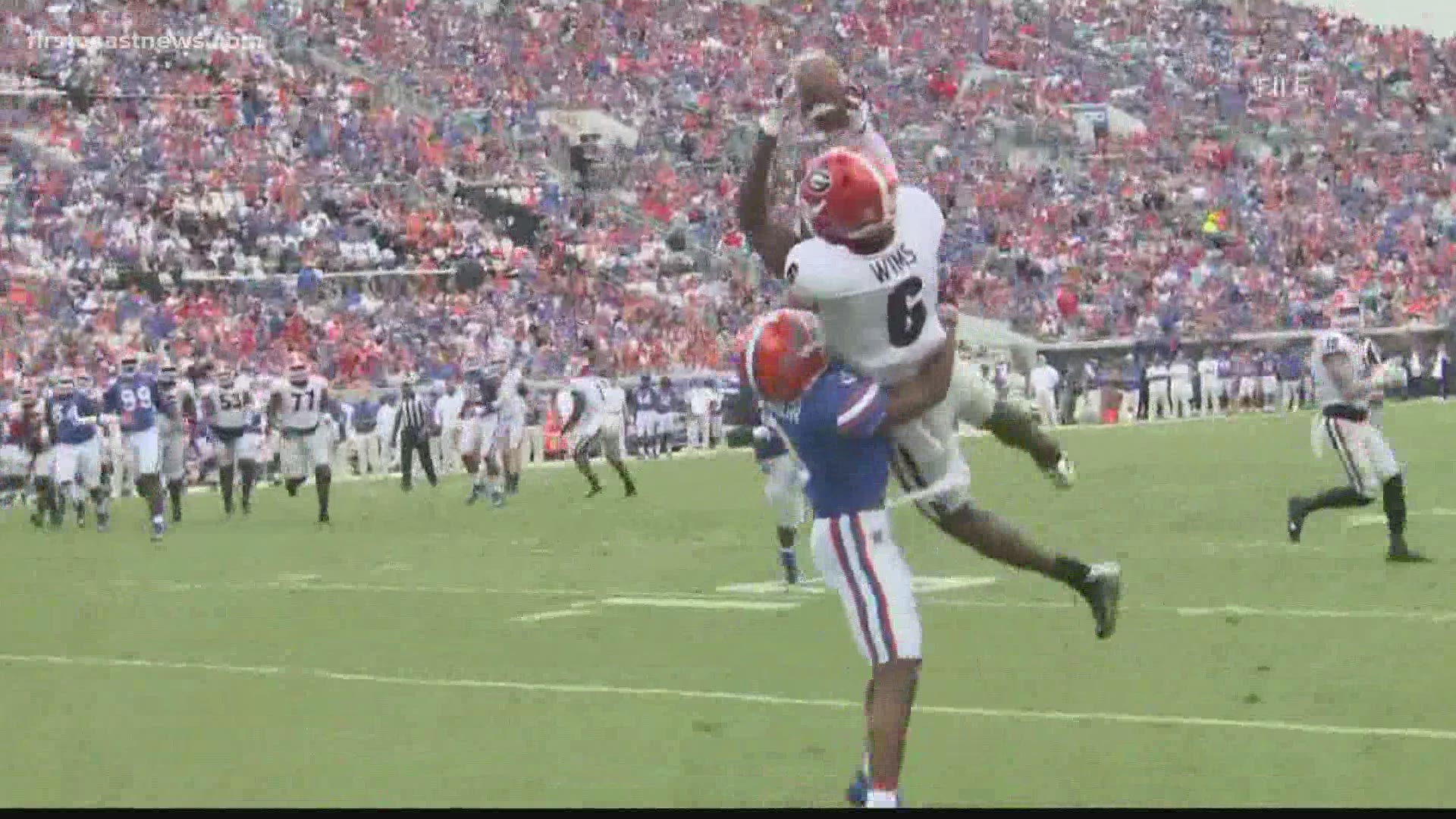 JACKSONVILLE, Fla — One of the biggest college football games will look a bit different this year.

The City of Jacksonville will be hosting the Georgia-Florida game.

Some events surrounding the game are canceled, and doctors hope that safety guidelines will be in place during this pandemic. The details are being finalized on exactly how many fans will be allowed.

Football fans flock to Jacksonville for the Georgia-Florida game.

“The week before the game, we were expecting a lot of business, like in previous years, but everyone’s safety should be first,” Matos said.

He says business has slowed due to the pandemic.

Live sports still go on but with limited fans. Organizers have canceled RV City and the Hall of Fame Luncheon along with other ancillary events leading up to Georgia-Florida.

The game will take place with limited capacity, which is encouraging to immunologists like Dr. Sunil Joshi.

His concern is traveling fans coming to town.

“This is a big party weekend for students at UF and at UGA as well. And so even if they're not going to the game, they're probably going to want to come to town and hang out and do fun stuff that young people do,” Joshi said.

Joshi’s hope is to see similar measures taken like what the Jacksonville Jaguars have done.

Joshi says things have looked stark in contrast compared to what collegiate and professional football teams have done.

“Staying with your group together, wearing masks only taking them off while you're eating or drinking…That's not what I have seen and a lot of college football games that I've seen at least over this past weekend, in some of the stadiums that may not be in Florida, but in other parts of the country, where I feel like they haven't been doing that,” Joshi said.

Matos says he misses the feeling of the game day inside the restaurant.

“I know it won’t be quite the same, but all the support would be appreciated if you come have a burger and some wings,” Matos said.

Right now, Florida is under phase three of reopening.

The city is limiting fans despite Gov. Ron DeSantis allowing sports teams to do as they please regarding capacity.

The Jacksonville Jaguars say at this time there are no plans to change their guidelines and they will remain at 25% stadium capacity.