The Outback Crab Shack in the western part of St. Johns County on State Road 13 was flooded by Hurricane Matthew and then again by Irma. 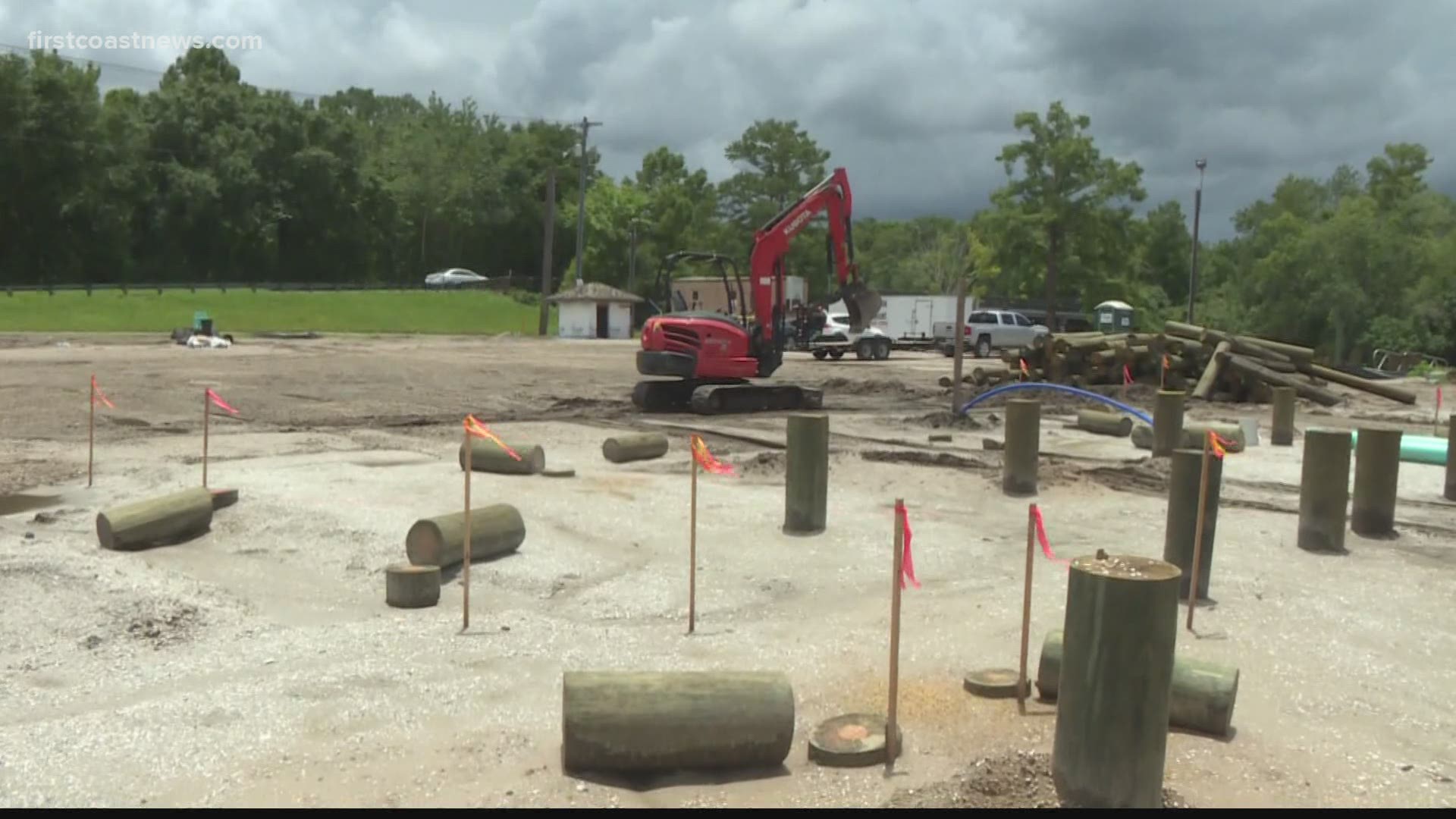 ST. JOHNS COUNTY, Fla. — An iconic hidden restaurant on the First Coast is coming back to life.

The Outback Crab Shack in the western part of St. Johns County on State Road 13 was flooded by Hurricane Matthew and then again by Irma. It eventually closed.

Nathan Stuart and his wife Margo Klar are bringing it back to life. Right now, the parcel is a construction site and the old building is gone.

“I used to come here as a kid, a young adult,” Stuart recalled. “I’d come and get a low country boil,” he smiled.

He and many others did that too since the 1970’s when the restaurant opened.

For decades, people pulled up their boats to the extra-long dock or they hopped off State Road 13 for some local eats. It’s tucked into the woods and right on the water.

Part of the charm of the site is that it sits on Six Mile Creek which connects to the St. Johns River. But all this water is also why it flooded during Hurricanes Matthew and Irma. So a lot of people are saying to this couple, “’You’re crazy!  You’re rebuilding something that’s flooded three times… or however many times.’”

Margo told First Coast News the things she’s heard people say. “And that’s why it’s all been lifted up.”

Stuart pointed to the pilings now in the ground on the site. “All these pilings will keep the restaurant lifted up off the ground so that if the water rises, it will go under the building.” He said, “It will be 6 feet above the 100-year flood plain.”

Redoing old restaurants is nothing new to this couple. Klar and Stuart have found a niche in restoring local beloved eateries that are on their last legs such as Beach Road Chicken Dinners in Jacksonville. Now they’re completely rebuilding Outback Crab Shack.

Stuart said, “It will be similar in the style of the low county boils, crab legs and crawfish. We do want to keep the fish shack, fish camp feel.”

And the name will remain Outback Crab Shack.

“We wouldn’t get rid of that,” Klar said. Her husband added, “We wouldn’t change a legend.”

The couple hopes to open the restaurant next spring.