Carlucci said refunds for property owners might be impractical, but said he is willing to explore the idea. 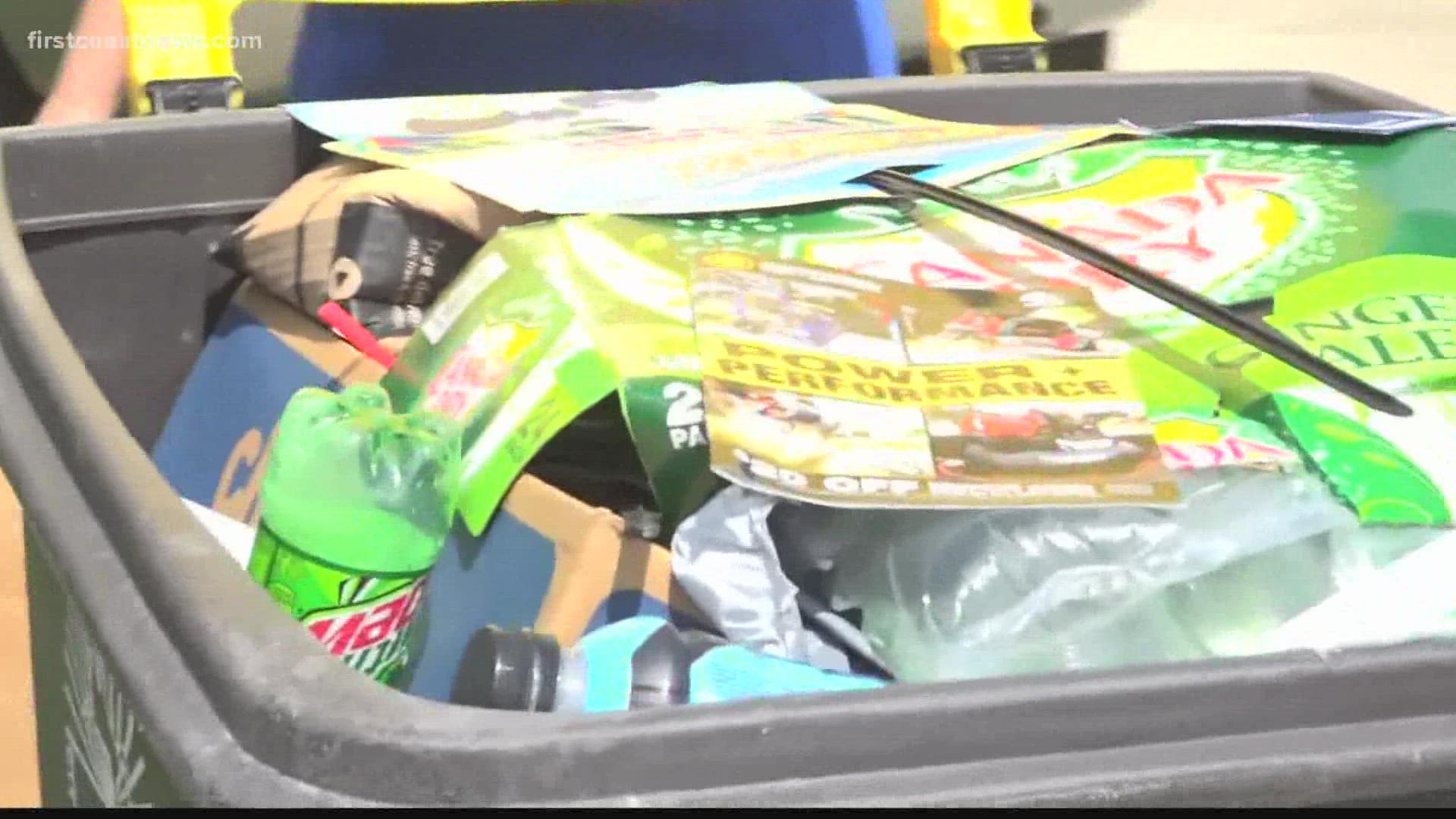 JACKSONVILLE, Fla. — Jacksonville recently suspended recycling pick up to focus on yard waste pickup which was piling up.

The city has identified 14 drop-off locations for recycling which have generated its own complaints because they have quickly become an eyesore.

Now some property owners who pay about $13 a month to collect and dispose of the collection of household garbage, yard waste and recycling believe they are entitled to a partial refund.

"Fundamentally, I believe that something, if there is a service paid for by fee and the service isn't provided, there should be some consideration given as to that fee in the coming budget year," said Carlucci.

He said he doesn't know if it is practical but it is worth exploring.

"I would never risk the city finances but if there is something we can do to take into consideration the lack of services I would like to have those discussions in our next budget meeting," he said.

RELATED: Jacksonville Councilman: Refund for waste collection is possible, but not practical

Carlucci raised the issue for discussion in committee meetings and so far it is not getting any traction and the mayor has said he does not support it.

On Confederate monuments, the councilman said it is time to address the issue.

In June 2020, the mayor had the bust of a Confederate soldier removed from the former Hemming Plaza -- now James Weldon Johnson Park.
Mayor Lenny Curry promised then that he would the city would remove the other Confederate statutes. But nothing has been done when it comes to the statue at Springfield Park.

City council members were told by the mayor's staff that the estimated cost to remove the Women of the Southern Confederacy monument at Springfield Park would be $1.2 million.

"I believe we have got to pull this community together. I know there are people for and against, but at the end of the day there is some hurt out there," said Carlucci. "I think the city moves best when we move together and there have been different ways you can do it. I think the best way to do it is just remove it and move on."

Legislation asking for $1.3 million to remove the monument in Springfield park will be introduced at Tuesday's city council meeting.

Another issue that took the council to Twitter over the weekend had to do with how certain grants are being handled in the city hall.

The City of Jacksonville received more than $141 million in federal American Rescue Plan money.  Part of the spending plan was to provide council members with a slice of that money in two pots.

An initial batch of $1.9 million and a second batch of $4.6 million, all divided among council members equally.

"These are dollars we don't normally get, and we don't really have a process in place on how to vet and review these," he said. "We already passed $1.9 million. But this is $4.6 million, and I just feel we don't need to vote on this as an emergency. We need to pump the brakes a little bit and find a way that this can be reviewed by different eyes than just the council such as public services grants."

Carlucci has called for a sunshine meeting Tuesday at 1 p.m. in City Hall so that there can be a review of the bill before the city council meeting. He would like the legislation to go through the committee process so the public can have input.

Carlucci wants to be sure that the money is going to organizations that can help stabilize and sustain our community during this pandemic.