FCN Investigates: Could a leak similar to Piney Point happen in Northeast Florida?

Many of the dams in Northeast Florida are more than 50 years old like the one at Piney Point, according to the National Inventory of Dams. 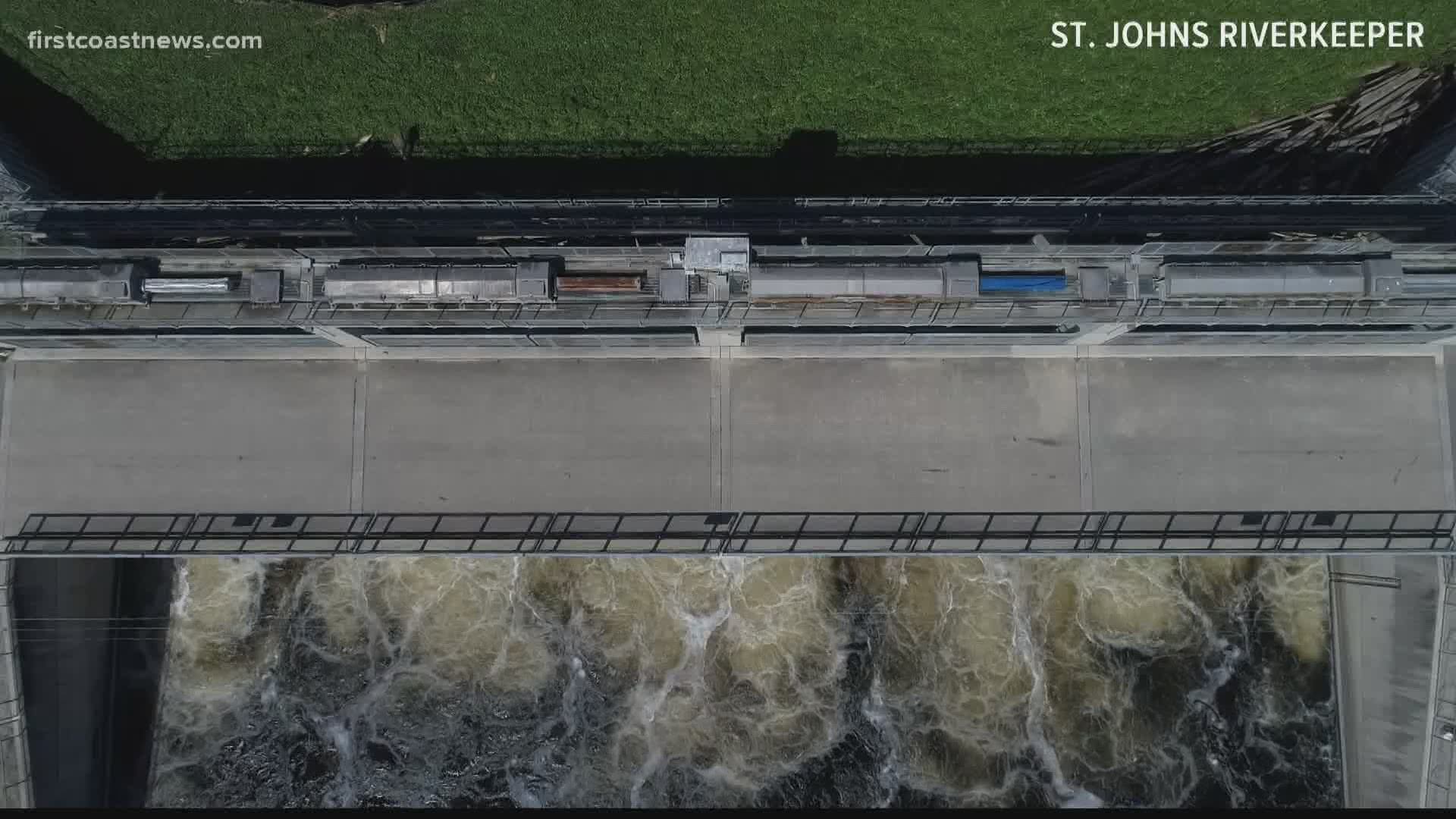 JACKSONVILLE, Fla. — Catastrophic flood concerns are over and residents who evacuated have returned now that the Piney Point wastewater leak in Manatee County is under control.

As the state works to reroute water from the reservoir, it raises questions about the viability of Florida’s dams. The First Coast News On Your Side team took a closer look at how local dams compare to Piney Point.

St. Johns Riverkeeper Lisa Rinaman said the failure on the bayside serves as a wakeup call for the state.

Many of the dams in Northeast Florida are more than 50 years old like the one at Piney Point, according to the National Inventory of Dams.

“When you have this older, aging infrastructure, failure is a risk," Rinaman explained. "And many of the dams, especially here in Northeast Florida, are  either classified as high or significant risk.”

For example, Rinaman, who has been investigating dams in the lower St. Johns River, said all but two of the nearly 30 of them fall under those more serious classifications.

However, none of them, she said, have emergency action plans ready to go in the event of a possible leak that threatens the health of the river, property and lives.

“There should be not only emergency action plans in place, but there should also should be a plan for making sure those dams are fortified," the riverkeeper urged.

In response to the breach in Manatee County, Rinaman is now taking a closer look at more of the dams on the St Johns River, specifically ones around industrial sites since they're classified as high risk.

Her efforts though remain focused on the recreational Rodman Dam in Putnam County, where she and other environmentalists are trying to restore the Ocklawaha River.

“It is over 50 years old, and it is of high risk. And actually threatens more than 500 homes downstream, as well as the St. Johns River," Rinaman explained. "Because if you had a hurricane come through and that dam failed, you get significant pollution that's right now being captured behind the dam.“

However, Rinaman said, her job as a riverkeeper goes beyond better understanding the risks that exist. She wants to know what the state is doing to prevent something like the wastewater leak at Piney Point from happening again.

“What's the solution? What are the agencies doing to protect our community and protect our waters from a similar situation?“ she asked.

If you're concerned about a structure near your home or a place you like to recreate, Rinaman urges you to report it to St. Johns Riverkeeper or the Florida Department of Environmental Protection.

The St. Johns Riverkeeper warns what's happening with the dam at Piney Point can happen again.

I'll explain why many dams in Northeast Florida are of concern coming up @FCN2go at 11. pic.twitter.com/zredcUyZLf