Could Fish Island become a park instead of a development?

There's been a push to keep construction off of one of the biggest undeveloped plots of land left in St. Augustine's city limits. 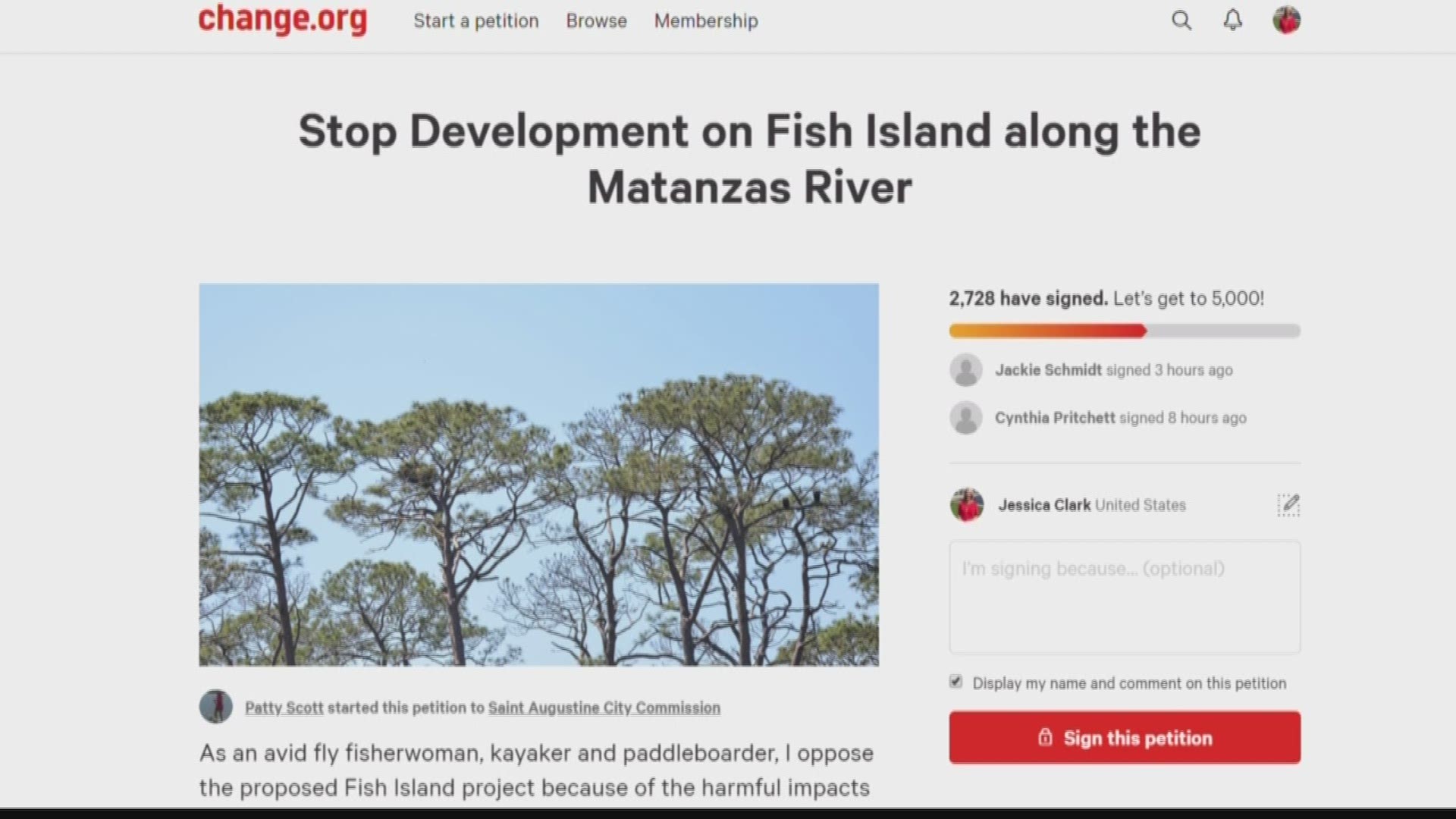 ST. AUGUSTINE, Fla. --- The development of St. Johns County has turned a once-sleepy corner of the state into a boom town.

And there's a push to keep construction off of one of the biggest undeveloped plots of land left in St. Augustine's city limits.

"I recently had an epic day of fly fishing in the flats not far from Fish Island," Patty Scott said. She is a fisherwoman and says the fishing off Fish Island in St. Augustine is great.

"I would like to see it become a park," Scott noted.

So would many other people, including Matanzas Riverkeeper Jen Lomberk.

"Making it into a park would definitely be the best case scenario," Lomberk said.

She is advocating that some entity, such as a land trust, buy the land and preserve it.

"It's got two bald eagles nests on it," Lomberk said, "which shows the environmental values it has. It has direct water access which is something people look for in recreation areas. It's also vulnerable to sea level rise and climate change and flooding because of its proximity to the water. So developing the land would add liability to the city in terms of having residents in more vulnerable places."

It also is listed on the National Register of Historic Places because of Native American artifacts and ruins of a 1700s plantation.

There could be some hurdles for turning this land into a park. For one, it's zoned for development. Also, the owner has to want to sell. And there could be a big price tag. Also, according to the Riverkeeper, the land is already under contract with the developer.

The developer is D.R. Horton. It wants to build approximately 170 homes on the 72 acres of waterfront property.

The project was unanimously denied by the St. Augustine's planning and zoning board this month, but the developer has 30 days to appeal the decision.

"We're waiting in limbo for that 30 days to lapse to see if they're going to appeal it or if they going to let it fall through," Lomberk said.

Sept. 6 is the deadline. First Coast News has reached out to the developer and the owner, Fish Island Development L.L.C., for comment, and we have not heard from them.

Jim McCarthy with the North Florida Land Trust tells First Coast News that the land trust would like to buy the land and preserve, it if becomes available. But the price tag may be hefty. How much is it?

"That is the million-dollar or $10 million or $15 million question," Lomberk said.

For now, thousands of people, who Scott helped rally around this cause, will continue to push for preservation.

"It's going to take a lot of work," Scott said. "Thankfully we have tremendous community support for trying to protect it for posterity."