Termite swarms close school for a second time in a month 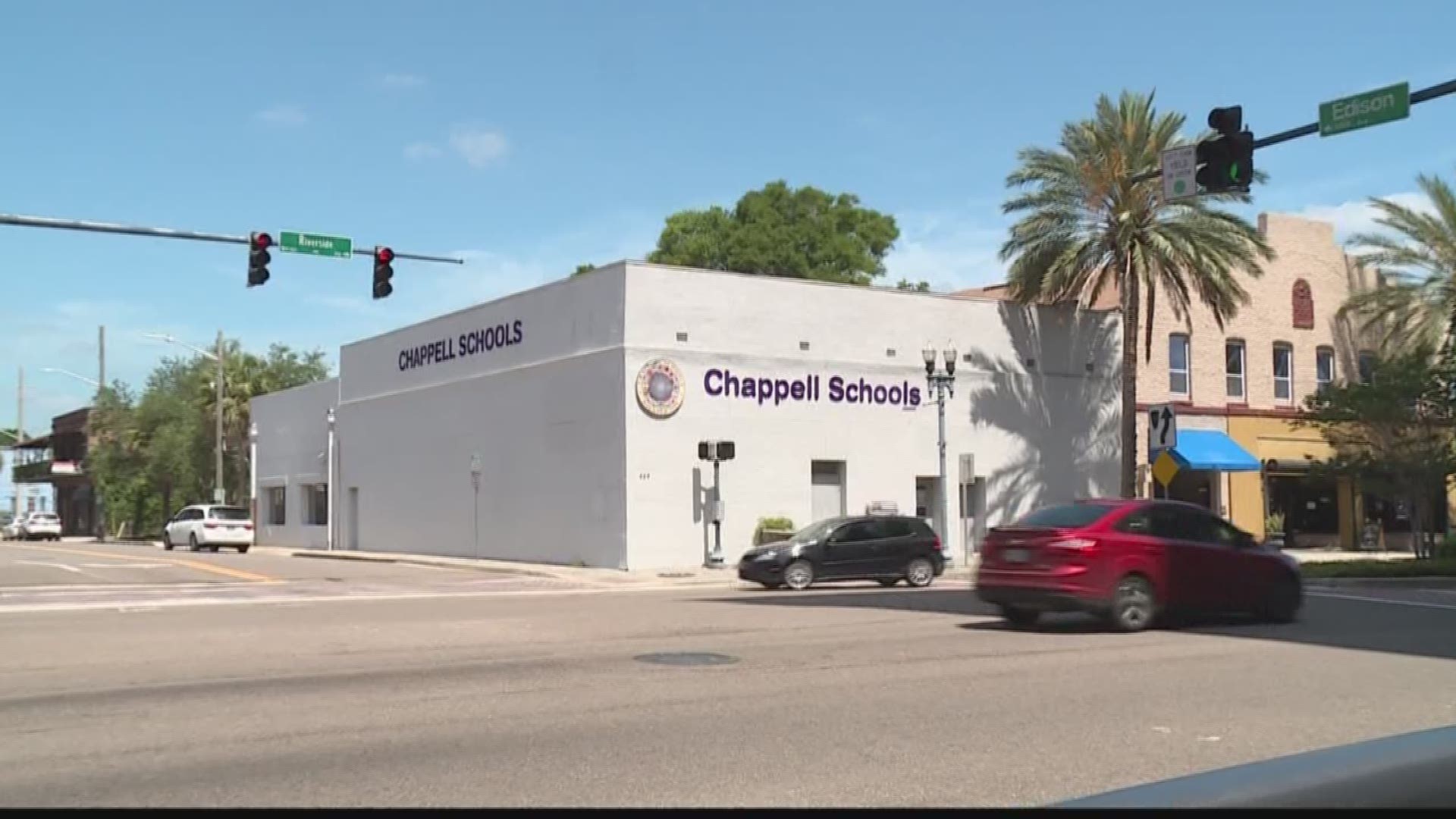 Formosan termites in Jacksonville have caused the removal of trees and the demolition of the Women's Club building, but the early closure of Chappell School on Riverside Avenue appears to be the first time the bugs are disrupting a business.

Mother Angela Carter says the school notified her late Wednesday night that she would have to pick up her 5-year-old twins at 2 Thursday afternoon, instead of 6. The policy will remain in place until school ends June 2.

"Basically, all the parents are scrambling right now trying to find daycare for our children,” Carter told First Coast News. “A lot of us work till 6 p.m., so we really don’t have anywhere else to place our children.”

The school’s termite problem first surfaced in early May when swarms took over classrooms. “The infestation was so bad, it was all over the children, all over the school all over the floor," says Carter. “It was like some type of horror movie.”

The school closed to treat the building with pesticides, and some parents kept them out an extra few days rather than expose them to residual chemicals. Carter says parents who managed to juggle child care when it was just a few days are struggling to arrange coverage for two and a half weeks.

“We’ve been trying to work with each other, but this is just too inconvenient for us," she says. "It’s a lot of single parents at this school, and we just don’t have the resources to just up and leave our jobs or have somebody to watch the children.”

The school says the closing is unavoidable.

In a statement, Director of Operations Suzanne Beevers said:

“At Chappell Schools the safety and well-being of the children is our number one priority. We have fully treated our building for the termites and at this time there is nothing more that can be done to prevent the swarming in the afternoons from happening. Therefore, we have decided to close at 2 p.m. starting today until June 2nd. We are accommodating parents that are unable to pick their children up early each day at our other locations throughout Jacksonville. Also, parents are receiving compensation for their inconvenience.”

The school has offered to take the kids at one of their other campuses, but Carter says not only is moving disruptive to some young kids, it doesn’t help kids whose tuition is paid thorough the state’s Voluntary Pre-K program.

“You can’t transfer VPK certificates this late in the school year,” she says. “[The kids are] already acclimated with all the teachers and curriculum, so it would be very difficult to have them go somewhere else.”

Erin Harlow with the Duval County Extension Office says Formosans typically swarm at night, so she didn’t know why the school was closing at 2. She did say that swarms are most common in late April to June, with the peak being Mother’s Day. As far as she knows, Chappell School is the only business that has had to close because of the swarms.

The extension service is tracking the spread of Formosan termites. They have 117 traps around the community. So far this year they’ve been detected in San Marco, St Johns Bluff Road and North Main Street, in addition to Riverside. You can find a map and learn how to participate and the Duval County Extension Office website.