Lobbyists and researchers from Environmental Working Group found some chemicals that cause cancer in local water supplies, according to a report released Wednesday. 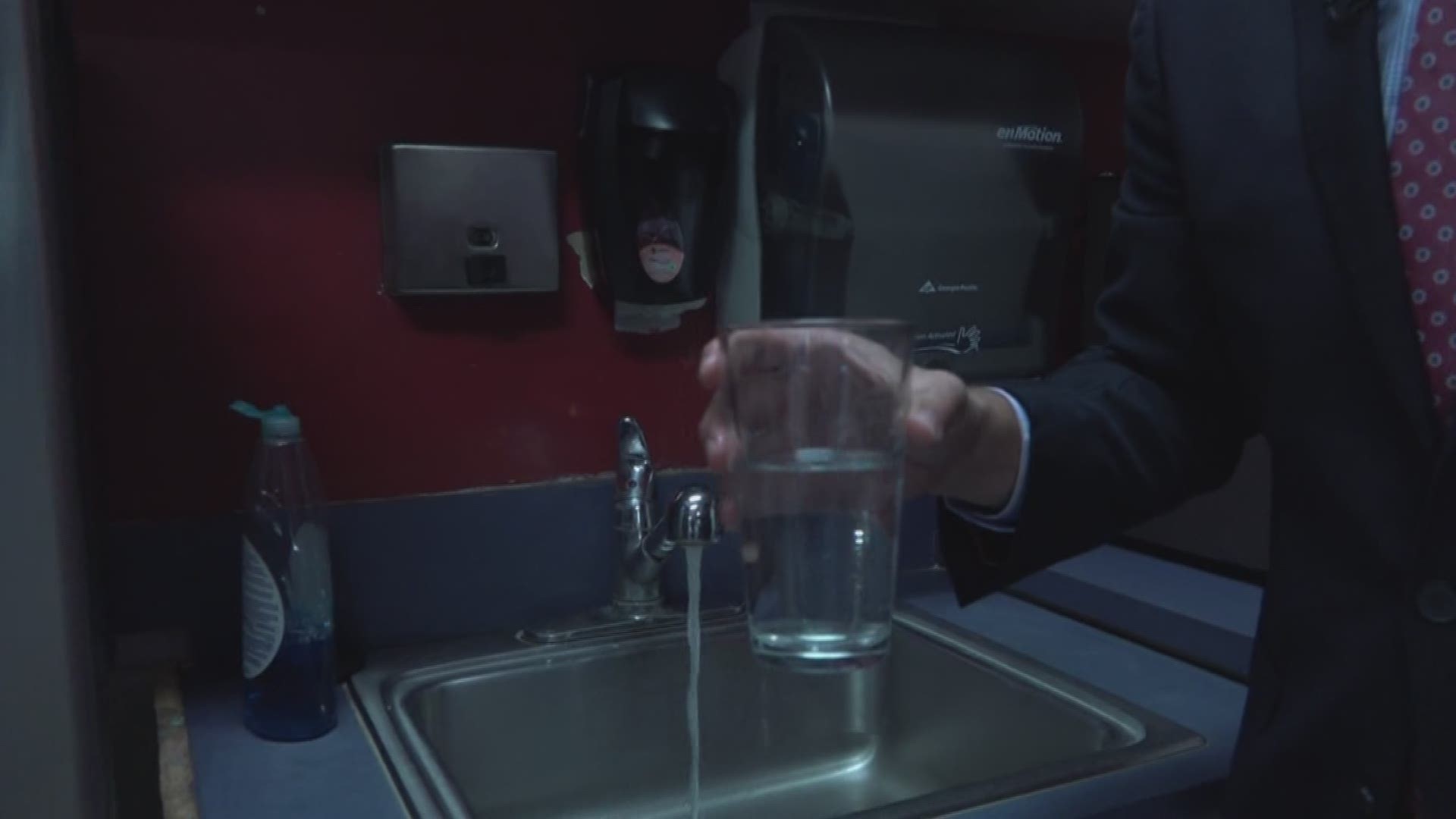 JACKSONVILLE, Fla -- The water you're drinking from the tap is safe to drink, according to the state of Florida, but one activist group says may not be healthy.

Lobbyists and researchers from Environmental Working Group found some chemicals that cause cancer, according to a report released Wednesday.

Water flowing into homes in 8 different areas of the First Coast tested positive for chemicals like Chlorate, Strontium, and Trihalomethanes. Even though the chemicals are found naturally, they can be linked to cancer and birth defects.

"People get these glossy reports from their utility annually if they're served by a big water system and it advertises the fact that the water is meeting all legal guidelines, but we think it's important for people to realize there are some health risks," said Sonya Lunder, a senior analyst on the report.

The group that produced the report has advocated for stricter water standards for 20 years.

"Specifically in your area, those Trihalomethanes or disinfectant byproducts are above the health guidelines," Lunder said. "This is something people can filter out and something water quality managers are struggling to address."

"Nearly every drinking water company in the country has at least one or two contaminants above these health based guidelines," Lunder said.

The largest water utility in the area, the Jacksonville Electric Authority (JEA), says they take about 45,000 samples every year. "Most of the elements and minerals present in our drinking water occur naturally in the aquifer at very low levels," spokeswoman Gerri Boyce said in an email to First Coast News.

The group agrees a home water filter is the best way to keep your family safe, but they don't sell or have a relationship with a water filter company a spokeswoman said.

JEA doesn't believe the group that produced this report is a viable source of information.

In St. Augustine, Public Works Director Martha Graham says their water has "no exceedinaces, or non-complainces" and "results are within standards set by the state and federal regulatory agencies."

"Water utilities want to follow the law and in many cases are following the law," Lunder said. "I think it costs more to remove contaminants from drinking water and they need both the motivation by legal standards and people who say no, I want a little less cancer risk in my drinking water. But, they're always balancing cost and feasibility."