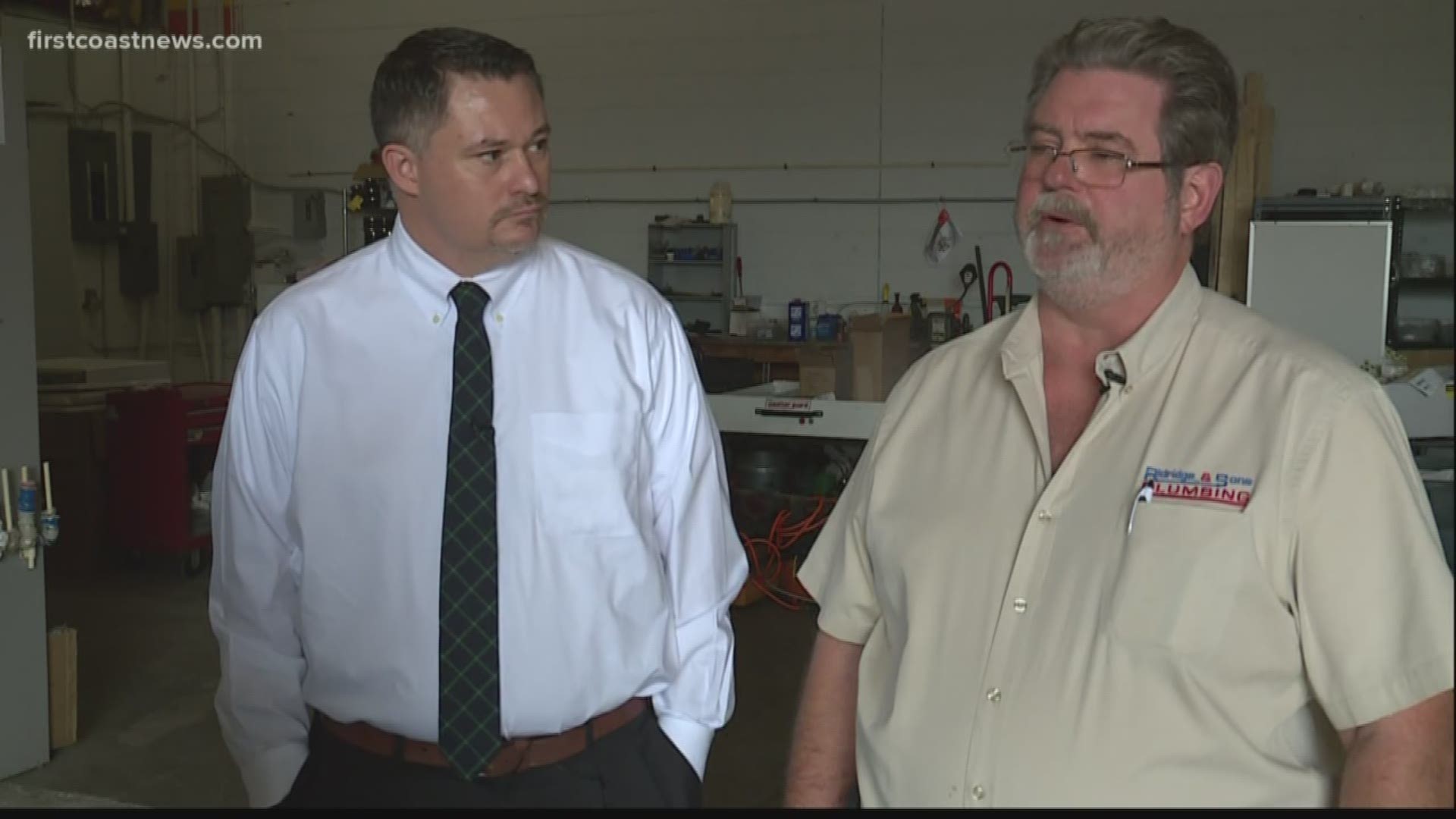 JACKSONVILLE, Fla. -- More trouble is brewing for Riverside Chevrolet on Philips Highway. First Coast News has learned that a local business is now suing the dealership.

"I was totally surprised," said Aldridge. "It kind of threw me for a loop."

On December 27, 2017, the dealership same hired Aldridge and Sons Plumbing to repair a serious leak.

"We dug up the concrete, we repaired the leak and put it back together, got them back in operations and they were happy," he said.

Aldridge said it was a cash on demand job, but at the end of the work when his worker asked for payment, he was told the person responsible for making the payment was not available.

He said his company made numerous attempts to get paid to no avail. Last week, he filed suit against the dealership.

"We started emailing, telling them we need our payment as soon as possible and never got a response from them," said Aldridge.

The lawsuit accuses the dealership of breach of contract and unjust enrichment.

"We depend on cash flow to keep the bills paid and the men paid," he said.

"To have a car dealership like this come back asked for the work to be done with no expectation of payment just makes them a bad member of the community," said Oughton.

This is just the latest in a series of problems with the dealership.

The Florida Department of Revenue has filed $450,000 in liens against the dealer for not paying its taxes.

The Florida Division of Highway Safety and Motor Vehicle has an active investigation.

"The allegations reported are very serious," said a spokesperson.

On Your Side reached out to Chevrolet for comment.

"We are aware of the situation but there’s nothing else I can share," said James Cain.

"(Riverside Chevrolet) they're poor members of our community," said Oughton.

The lawsuit goes before a judge in June.