On July 4, 2014, a group of then-teenagers went to St. Augustine to watch the fireworks. It was impressive and memorable, and then it was time to go home, but they never made it home. 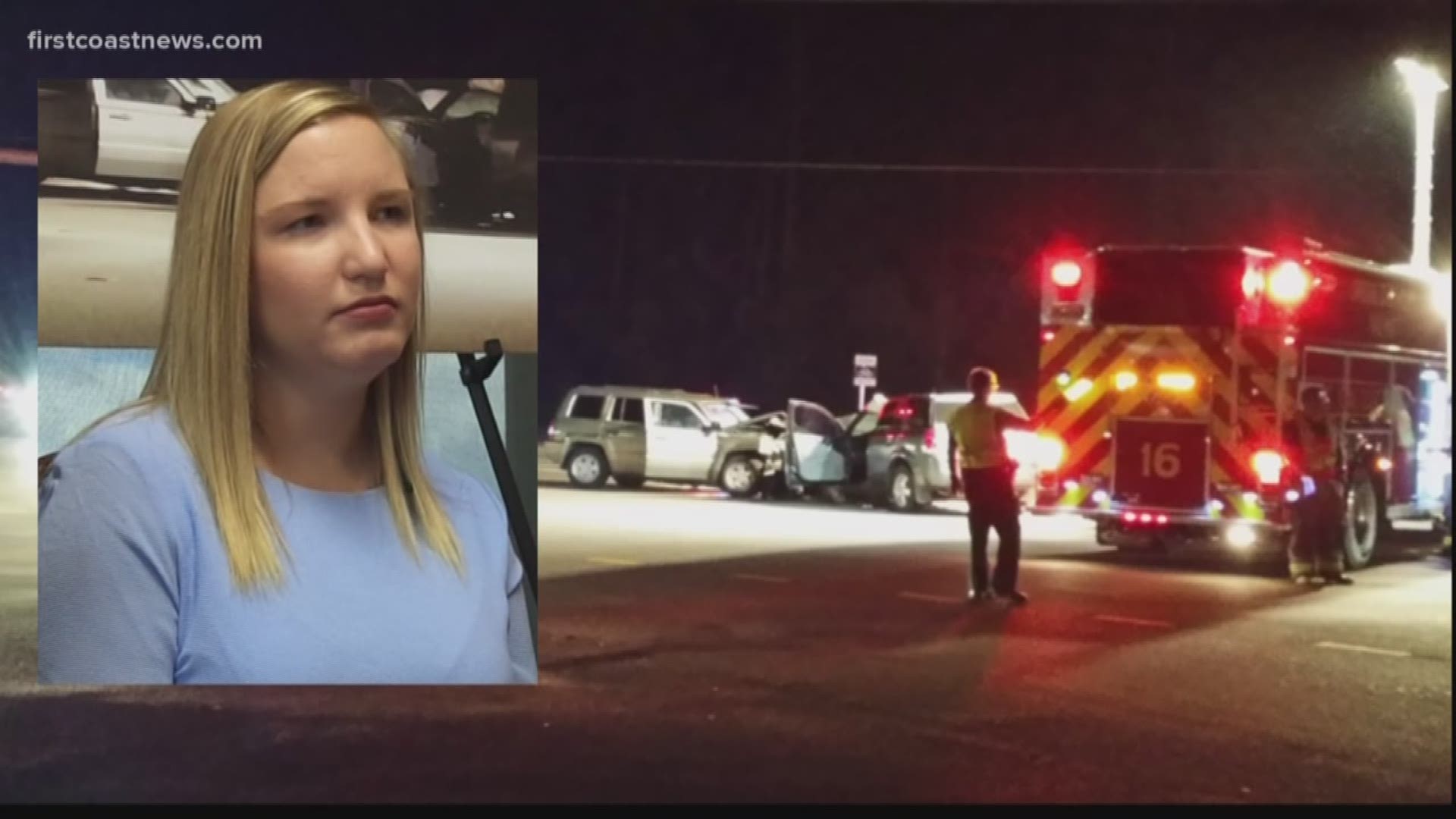 JACKSONVILLE, Fla. -- On July 4, 2014, a group of then-teenagers went to St. Augustine to watch the fireworks. It was impressive and memorable, and then it was time to go home, but they never made it home.

"I was in the back seat in the middle seat," Julianna Dicks said.

Dicks, then a cheerleader in high school, said they made it to the intersection of State Road 16 and International Golf Parkway and what happened there has changed their lives.

"Julianna's car went from 42 mph to Zero in a microsecond," attorney Curry Pajcic said. "It came to a dead stop."

The vehicle was hit head-on by another SUV being driven by Cecely Whitehead.

"Julianna Dicks almost died July 4, 2014, because of a girl driving while distracted by cell phone use," Pajcic said.

The accident left her with a broken bone in the face, a crushed elbow, and damage to her soft tissue. A section of her intestine had to be removed.

Four years later physically she looks well, but emotionally and internally she is not completely healed.

"It has just been difficult with my injuries," Dicks said. "they're internal but there are also reminders on my body of that night."

There are scars on her elbow and her stomach.

Dicks filed a lawsuit against the other driver and her insurance company.

It took four years, but on Monday the jury awarded her a $4.3 million verdict.

In breaking her silence about the accident, Dicks said this is not about the verdict.

"I can never go back to that night, I can never have it again and I am going to live with that," she said.

She said the verdict is about the issue of distracted driving.

"When you're driving just pay attention,' Dicks said. "put down the phone."

Attorney Pajcic said that is the message, distracted driving is dangerous.

"This is all about put down your phone and drive," he said." distracted driving can and will kill."

No one died in that July 2014 accident, but their lives have been changed forever.

Dicks is now an elementary school teacher and says she will have to undergo more surgery for the injuries she sustained four years ago.