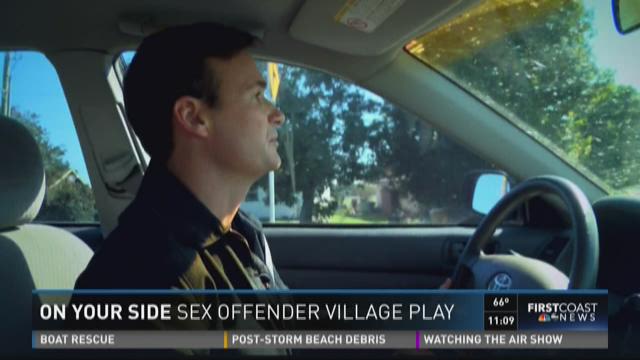 Standing in Zuccotti Park in a stiff October wind, Patty Aupperlee struggles to describe the wash of emotions she’s feeling.

Tomorrow she will see herself portrayed on a New York stage. It’s a long way from the tiny town of Pahokee, Fla. And it represents a giant leap of faith for both her and her community.

“America is Hard to See” is a play based on the lives of Pahokee residents – Aupperlee, her family, and the hundreds of registered sex offenders who live in the town. The script is based on verbatim transcriptions of interviews and news reports about the place, including a 2015 story by First Coast News.

Pahokee is in some ways a reflection of a societal fear – the belief that sex offenders are incurable, violent, and a threat forever.

Aupperlee, pastor of the town’s United Methodist Church, has distinguished herself as a champion for this often despised population -- a voice of forgiveness in a sea of pitchforks. The mostly male former sex offenders in her church work hard, and often publicly, to persuade outsiders that transformation is possible.

“They have served their time, they are repentant, and they deserve a second chance,” says Aupperlee. “They don’t need to be banished for the rest of their lives.”

One of the first offenders Aupperlee met was Chad Stoffel. A former music teacher who served prison time for having sex with a teenage student, Stoffel is a central character in the play.

He describes being the focus of an off Broadway show as “surreal.” But he’s also part of the performance. After seeing him play piano at church in Pahokee, Director Travis Russ asked him to perform the score.

“It’s been awesome -- one of the best things I’ve been able to be a part of,” says Stoffel.

It’s also been difficult, especially watching the actor who portrays him. “He was doing such a good job, I was starting to get overwhelmed with emotions,” Stoffel says, shortly after seeing the play for the first time.

To the actor, Aiden Sank, he adds, “I can’t express how much that means to me, because I’ve seen you hold my life in your hands this week -- and you approached it that way. I appreciate that.”

Sank, a Vancouver-born actor who has worked in New York since he was 17, says the play is like nothing he’s ever done.

“People have a certain reaction when you hear it’s about a community of sex offenders in Florida,” he says. “You can always see, in their eyes, they tighten up. Which is honestly how I reacted to it the first time I heard about it.”

“When I first told my parents about the project, I said something like ‘One of the characters I play is a sex offender’s girlfriend.’ And they’re like ‘Oh God! I’m glad that’s not you!’”

Tidball plays Lexi, whose relationship with Chris Dawson forms the romantic core of the play. Played by Brendan Dalton, Chris is a registered sex offender. His story, like all those in the play, is true to life. At age 19, Dawson was caught with his girlfriend in the backseat of his car. When police asked for their IDs, he says, he learned for the first time she was 14.

“I was with her for months,” he told First Coast News, an interview the play reprises word for word. “Her family loved me. I spent the night. Her mom even said how much my daughter loves you.”

Pastor Patti Aupperlee calls Chris is “a good kid.” As it happens, her work with offenders like Chris forged a bond she didn’t expect. He now dates her daughter, Lexi.

Watching the play for the first time, Aupperlee found the Chris and Lexi scene hardest to bear. In part, she envisions the troubles they face if they remain together. “She probably won’t be the president of the PTA,” she notes. “If they have children, will he even be allowed to attend the school play?”

“I hadn’t prepared for the emotion of Lexi and for Chris,” she said tearfully, following the first performance. “To watch their story and their vulnerability -- that tugged at me.”

If the play humanizes sex offenders, it doesn’t sugarcoat their crimes. Director Travis Russ spent nearly two weeks in Pahokee, interviewing residents from a variety of backgrounds. Each cast member plays a host of roles, including adults who seduced teens in online chat rooms, and grandfathers who molested their granddaughters. 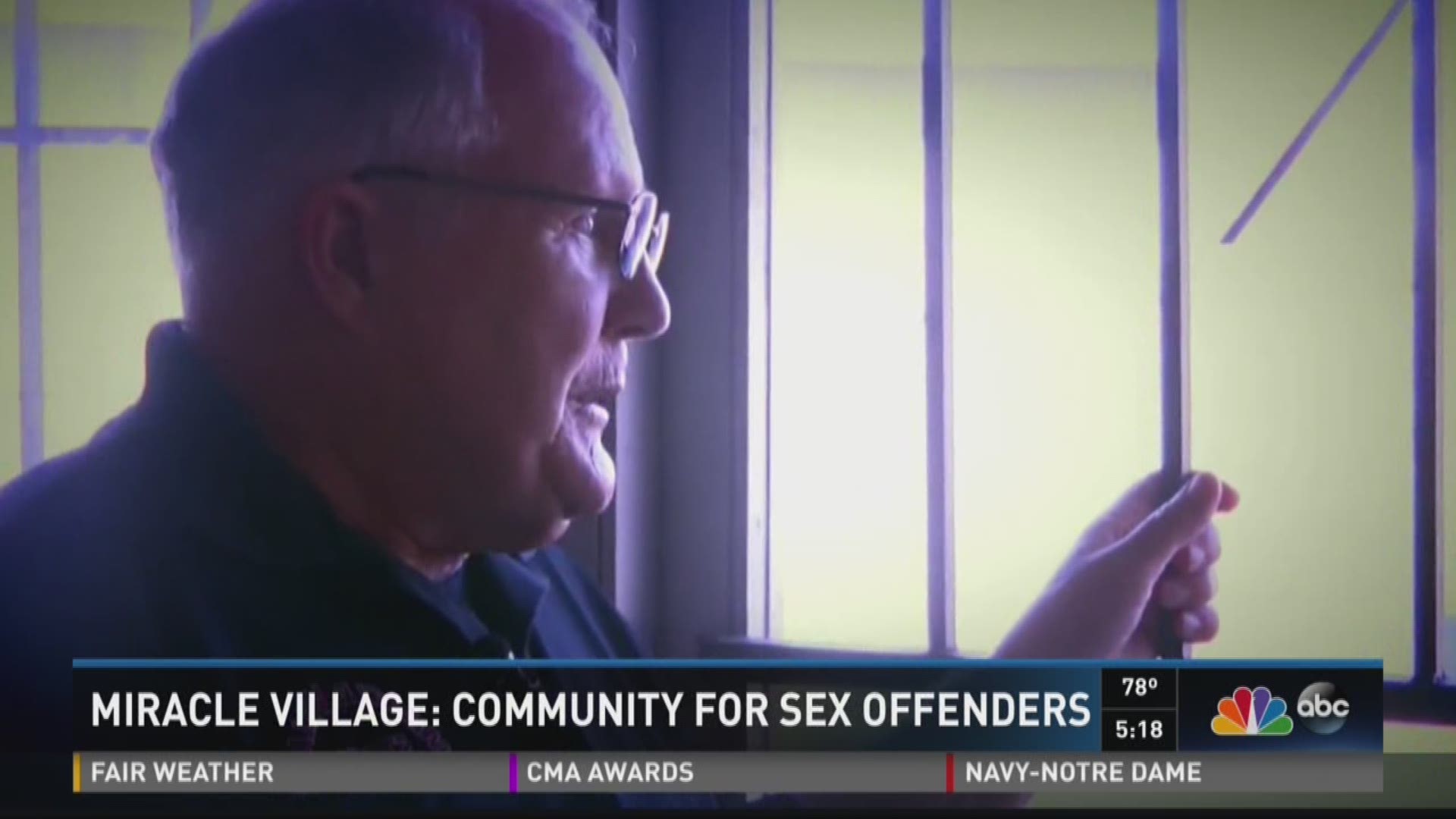 “There definitely will be moments that will be tough for people to see,” admits Stoffel “It’s not a pretty subject. It’s not one that people generally want to talk about.”

But the people of Pahokee hope the play starts a dialogue about how we punish sex offenders, and whether it’s possible to forgive them.

It’s an issue Aupperlee, a former victim herself, feels keenly. At the end of the play, actress Celia Schaefer, who portrays Patti, recounts her story of sexual abuse at the hands of a family friend.

“It’s a little scary to play a live person -- and then meeting you!” actress Celia Schaefer told Aupperlee after the first show, “and hope you’ve done justice.”

“You did beautiful,” Aupperlee told her, adding with a laugh, “You are tougher than I am -- but it was good.”

"America is Hard to See" remains in a workshop phase. It’s set to be staged in Spring 2017.