Gov. Rick Scott moved the investigation into the shooting death of Dominic 'DJ' Broadus to State Attorney Melissa Nelson's office. The case remains an open investigation with no arrests made. 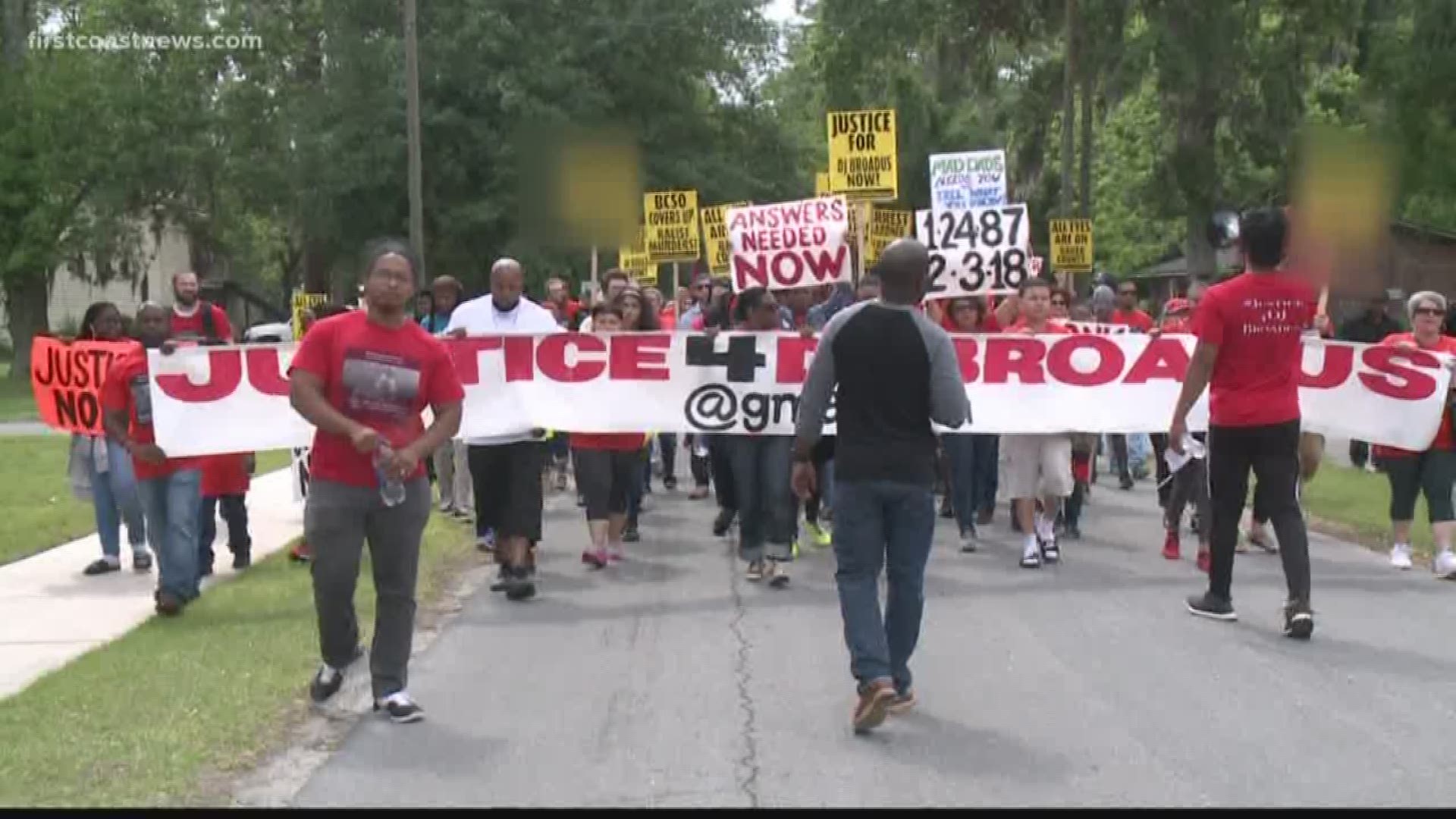 On February 3, Dominic 'DJ' Broadus II, 33, was found shot to death in Macclenny near a home on Southern States Nursery Road.

FDLE took over the police investigation the same day because the believed shooter is the son of a retired Baker County Sheriff's deputy.

First Coast News first began investigating the details of Broadus' case three months ago after the mysterious death yielded few details for the family and no arrests.

A heavily redacted police report in the case provides no cause of death or suspect information but describes the deputy's son as being escorted from the scene by police.

Broadus' father, Dominic Broadus, Sr. told First Coast News Cervone recused himself from the case. Broadus' Sr. feels the move to Nelson has increased transparency in the investigation which remains pending with FDLE.

According to the governor's order, alleged shooter, Gardner Fraser, is not only related to a retired deputy but was previously a contract employee for the Baker County jail.

"To avoid a conflict of interest or any appearance of impropriety, Cervone has voluntarily disqualified himself and has requested the executive assignment of another State Attorney with respect to the investigation and prosecution of this case and all related matters," the order reads.

Nelson's office and FDLE declined to comment on the open investigation.