The George Floyd Justice in Policing Act would ban no-knock warrants and chokeholds, end qualified immunity, among several other changes. 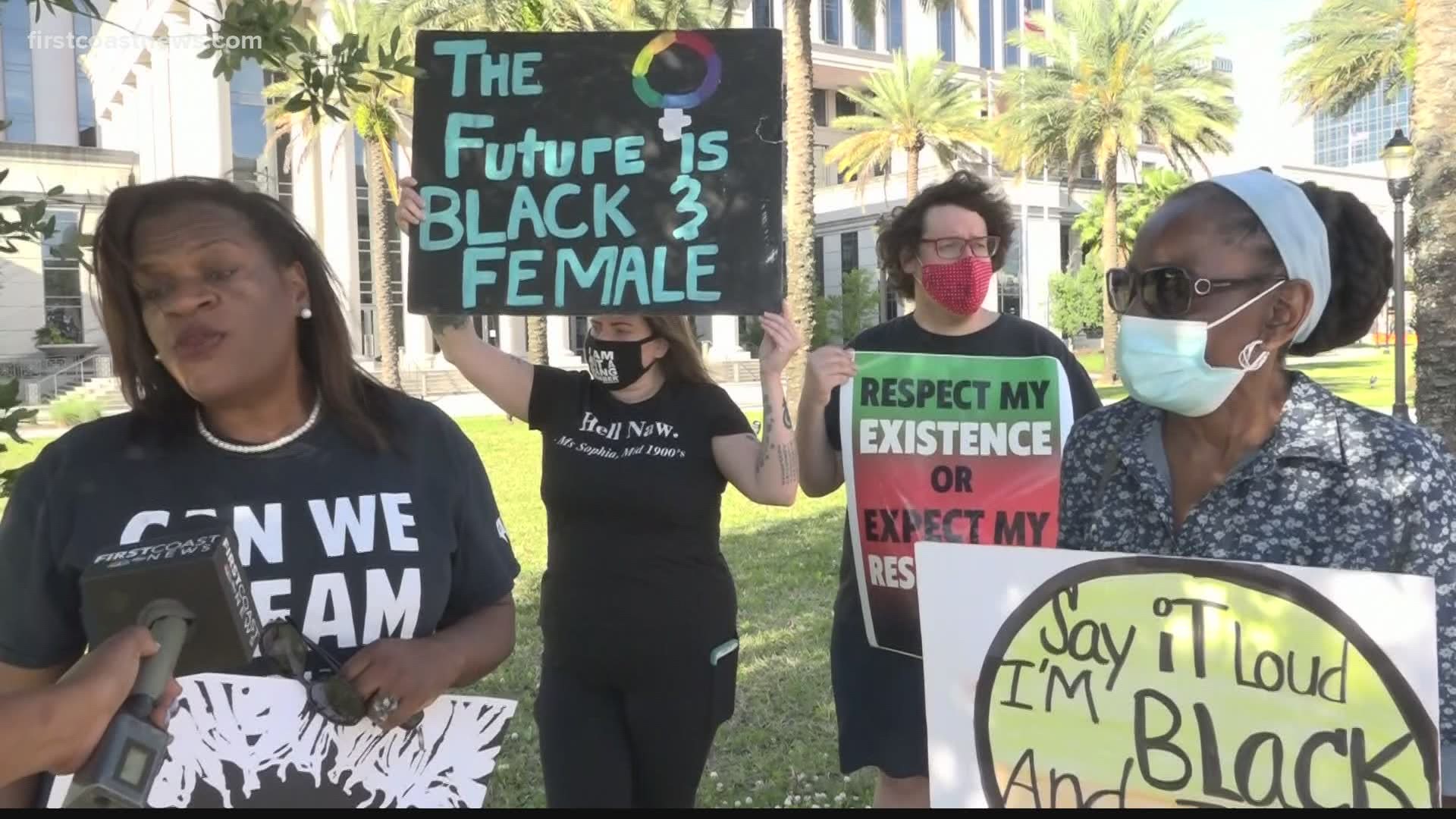 JACKSONVILLE, Fla. — Federal lawmakers are hoping to ride the wave of change after former Minneapolis police officer Derek Chauvin was found guilty in the death of George Floyd.

They are now coming together with a renewed push to pass a bill in Floyd's name.

“We need senators to sign the George Floyd policing act.’ We need 60 votes to get that passed,'” LaShonda Holloway said.

LaShonda Holloway ran for Congress and supports the George Floyd Justice in Policing Act. It passed in the U.S. House but is stalled in the Senate.

“We need there to be a national registry of bad actors like Derek Chauvin," Holloway said.

First Coast News crime and safety expert Mark Baughman served 35 years in law enforcement and agrees with having a national registry of disciplinary actions and use of force violations for officers. Baughman also agrees with banning no-knock warrants and chokeholds.

“I don’t believe in chokeholds," Baughman said. "I think there’s other ways, technology, and means now that officers can use and physical force they can use without maybe cutting off the carotid artery on somebody.”

Baughman doesn’t agree with several parts of the bill because he believes they could be dangerous. That includes banning military-style weapons for police, and most of all, ending qualified immunity.”

“You’re exposing the men and women of law enforcement now to being personally sued on actions and stuff they have to do in split-second decisions, and now they’re going to lose their livelihoods, their homes, their cars, and be sued? You can’t do that,” Baughman said.

Kim Varner worked for the Jacksonville Sheriff's Office for 26 years and has a different take on ending qualified immunity, which protects officers from being sued for their actions while on the job.

“I think it should be on a case-by-case basis because some shootings are justified shootings, but you’re going to have a community that’s going to say that the officer didn’t have to shoot," Varner said.

You can read the bill by clicking here.

Some lawmakers feel a new push for reform 2 days after former Minneapolis police ofc. #DerekChauvin was found guilty in the death of #GeorgeFloyd. I'll break down the bill named in Floyd's honor & have more on the parts our crime and safety experts agree & disagree with. @FCN2go