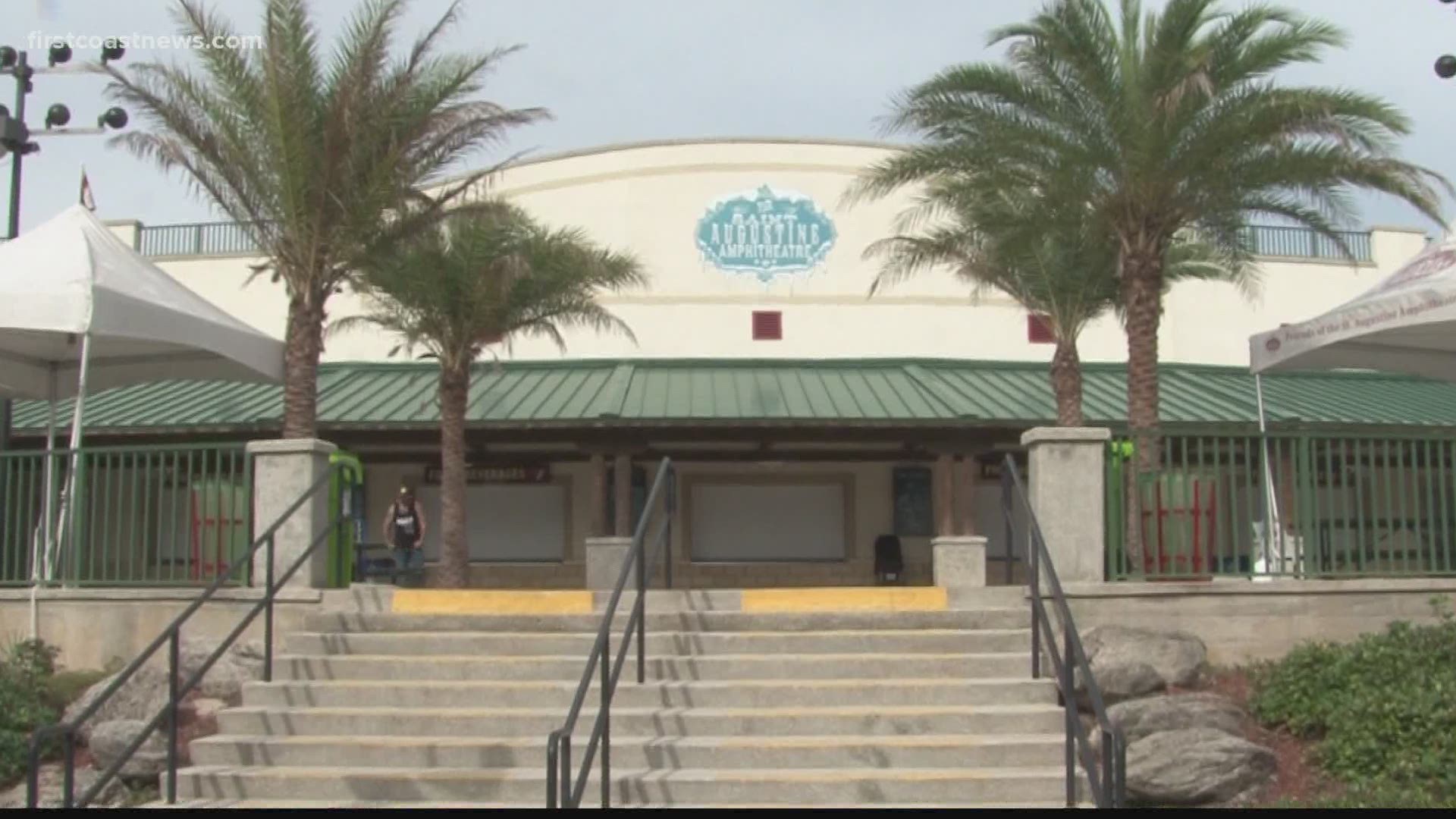 ST. JOHNS COUNTY, Fla. — A battle of words is brewing between some popular live music venues in St. Johns County and ticket vendor Ticketmaster, regarding refunds of tickets to concerts canceled or rescheduled because of the coronavirus crisis.

“I was told, ‘Your concert has been rescheduled; we cannot issue refunds at this time,’” Don Flowers of Titusville told First Coast News on Saturday.

Flowers was recalling the response by Ticketmaster when he asked to be refunded for tickets to a twin-bill concert featuring Buddy Guy and the Kenny Wayne Shepherd Band at St. Augustine Amphitheater. The show had originally been slated for a date in March but, because of the coronavirus pandemic, was displaced to November 14th, a date Flowers says he can’t attend.

Disappointment turned to frustration after he was told he could request a refund online – the same means by which he’d bought the tickets – where he would find a “refund” button. He told First Coast News there was only a “live chat” button, nothing to help specifically with a refund.

Donnie Thompson of Sanford described a similar circumstance and sequence of events regarding a Jason Isbell concert: she couldn’t attend the newly-scheduled date. She said she’s been trying to get her $172 back.

“[Ticketmaster] said I had to wait for a button to show up, that it was for ‘refund,’” Thompson said.

In her case, Thompson said that a “refund” button did appear on the screen, and so she submitted a request.

“And it said it would be refunded,” she recalled. “And that was probably two months ago.”

So far, she said, the process has taken “several emails two different phone calls,” and she still hasn’t received a refund.

Thompson and Flowers are among at least dozens of patrons who have turned to the venue for help. Both St. Augustine Amphitheater and the Ponte Vedra Concert Hall are owned and operated by St. Johns County. General manager Gabe Pellicer offered the county’s perspective in an interview Saturday.

“People are eligible for a refund because we consider it a contract, and that contract - we can’t meet our side of the deal,” Pellicer said.

Pellicer had high praise for Ticketmaster in general, saying that among other things, the ticket vendor’s security features meshed well with the county’s high standards of integrity. But he bristled about what he said he was hearing from multiple patrons seeking refunds.

“…that when they talk to Ticketmaster, Ticketmaster says ‘Well, this is the venue’s policy’,” Pellicer said. “That is not true.”

Ticketmaster declined to comment specifically Saturday about problems related to the concerts at St. Augustine Theater and Ponte Vedra Concert Hall, but in an email referred to a letter posted on Billboard.com, in which Ticketmaster president Jared Smith rebutted criticism by U.S. Representatives in New Jersey and California.

In part, Ticketmaster’s letter reads, “It is entirely disingenuous and flatly wrong to claim that we have ‘pointed the finger at others,’” apparently refuting the claims Pellicer said patrons were asserting, and, “The fact is, the money we need to refund fans is held by [concert venues].”

In apparent direct contradiction, Pellicer fired back, asserting that Ticketmaster has held onto funds belonging to the local venues, not the other way around.

“We knew that we had enough money in [the county’s account with Ticketmaster], that Ticketmaster still has in their possession to cover refunds, but refunds weren’t happening,” he said.

He went on to imply that the rhetoric has struck a sensitive nerve regarding policy and integrity.

“There’s been no directive whatsoever for our administration or our board of county commissioners to say that we’re going to withhold refunds," he said. “Our venue has been successful because we care so much about our fanbase, and they know that."

For fans still trying to receive refunds, Pellicer said the proper channel to seek refunds is the same way – whether phone or internet – that the tickets were purchased. He voiced confidence that any lingering holdups will soon be rectified, cautioning that because of processing challenges those refunds might take as long as 30 days, but reiterated that phone and internet refunds depend on Ticketmaster.

“We’ve been given pretty strict rules that we were not considered an essential service, and so we couldn’t open,” he said, tempered by optimism that the box offices might be allowed to re-open in about a week.

Even amid frustration, Pellicer wanted to encourage patrons that “[Ticketmaster] has been showing that they’re going to work with us on this.”

But he didn’t mince words about the alternative.

“I have to report back to our administration either of two things: one, yes, refunds are happening; or, two, yes, we are getting a new ticketing company,” he said.

Meanwhile, in Titusville, Flowers said his efforts continued at least through Friday, when, he said, he “got the same thing that I had before: a ‘live chat’ button. There’s no refund access at all.”

And, I asked Thompson how confident she is about getting her $172 back.

Ticketmaster’s refund policy, as sent to First Coast News Saturday, can be found by clicking here.