Questions about 5G radiation and whether it could cause autism, auto-immune disorders or cancer were dismissed by the Federal Communications Commission. 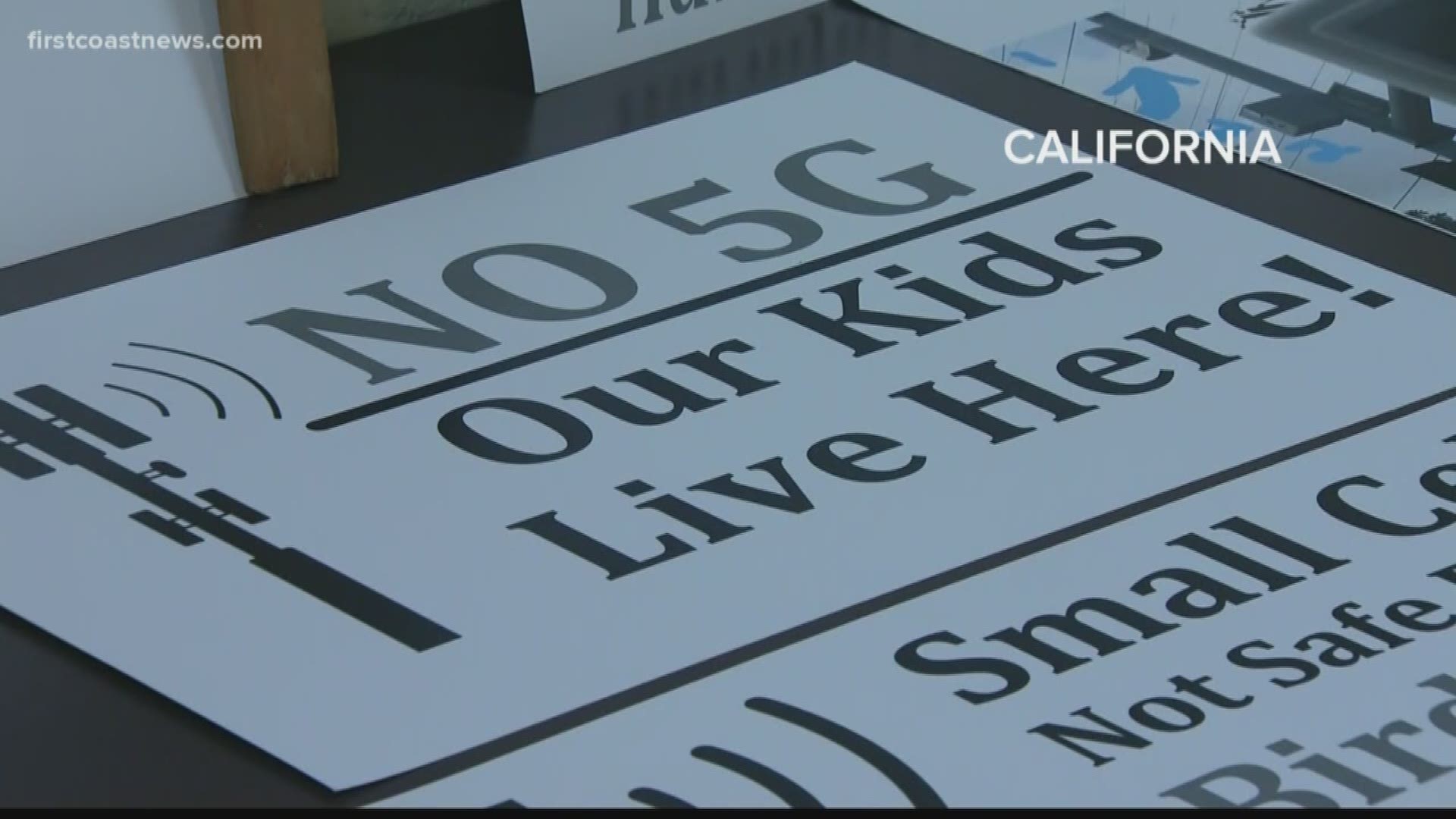 JACKSONVILLE, Fla. — Is it the future of wireless or a potential hazard?

That’s the question a Jacksonville group has over the move toward 5G technology. Building-up the next generation of telecommunications requires new antennas and poles placed across the city. That is a concern to some residents who are asking for more local control.

“Right now there’s no restrictions on where they get to put this,” Raymor Rachels said.

Rachels is one of the organizers of Stop 5G Jax Facebook page, a group with hundreds of members that says it has health, security and aesthetic concerns about the next generation of wireless.

“There’s no notification of residents, so you may wake up one day to find a pole in your front yard tomorrow morning,” Rachels said.

It was in 2018 that AT&T announced it would bring 5G to Jacksonville. Other carriers also developing the technology. Industry notes on 5G say it will have 50 times the capacity of the current 4G network. Meaning if you were going to download a 3D movie, it would take six seconds compared to the current six minutes.

But there have been protests around the world. Questions about 5G radiation and whether it could cause autism, auto-immune disorders or cancer were dismissed by the Federal Communications Commission.

Jacksonville City Council approved changes Monday in step with state regulations that would allow small cell wireless equipment to double in size from 10 to 21 cubic feet -- roughly the size of a refrigerator. Additional language about the poles holding the equipment and where some are located downtown were also part of the agenda. The On Your Side Team reached out to the City of Jacksonville for comment on the tech but did not receive an answer.

Rachels said while regulations may put the devices in front of businesses, she wants there to be a tougher standard and require permission before going on residential property.

“Everyone should have the right to know the fact this could come in without a moment’s notice and you have no say in the matter,” Rachels said.

She added the group intends to meet again with city council members soon to ensure their voices are heard.