Comparing the Hart Bridge Expressway project in Jacksonville to similar projects around U.S.

Starting in 2020, a section of the Hart Bridge Expressway will be demolished. 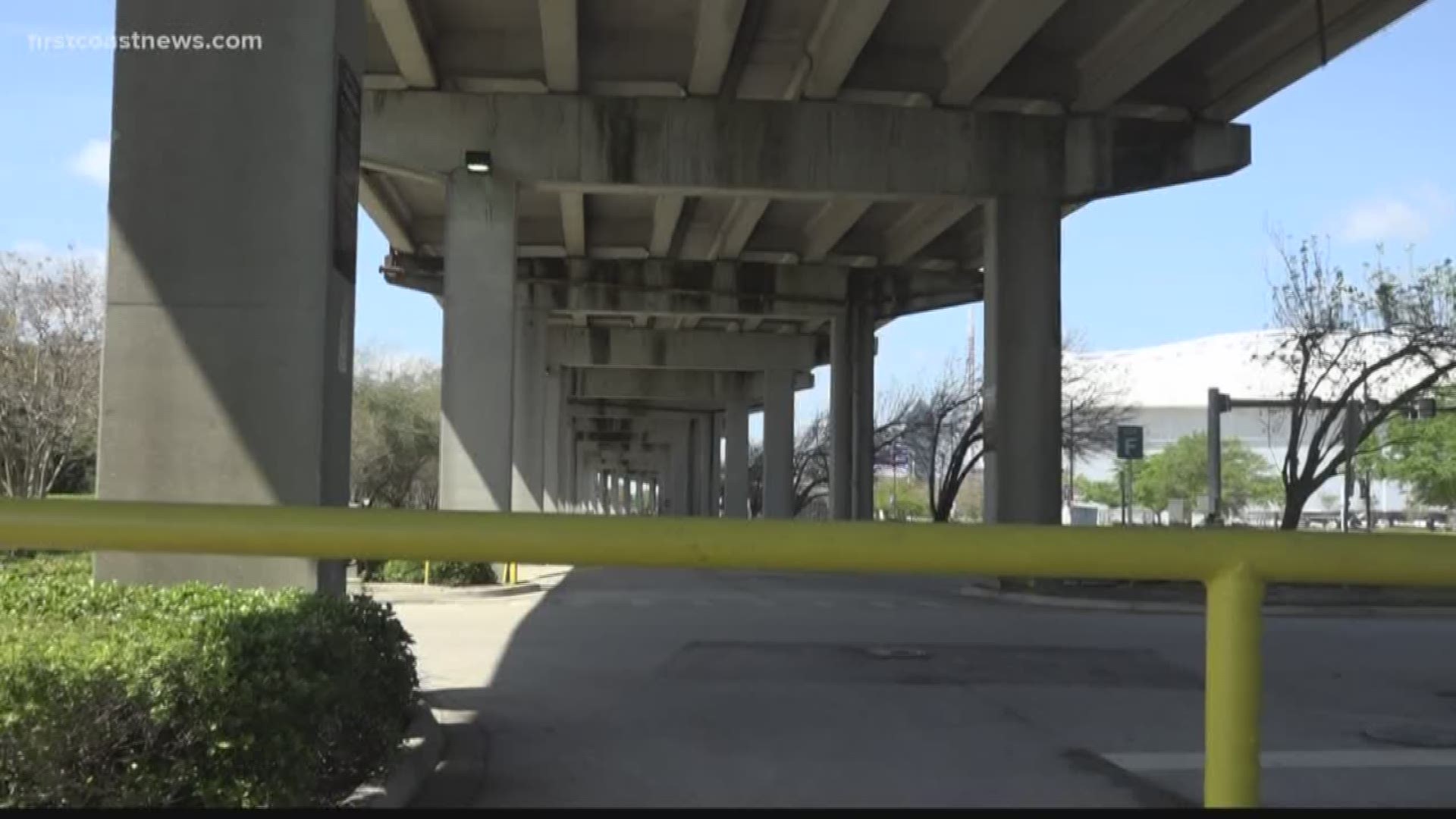 JACKSONVILLE, Fla. — Starting in 2020, a section of the Hart Bridge Expressway will be demolished.

On Thursday night, dozens of people from the community expressed frustration over the impending project, voicing concerns over traffic congestion and alleged “special interests” by the city and Jaguars’ owner Shad Khan.

On Friday, First Coast News met with Wiatt Bowers, a resident of Downtown Jacksonville, and certified Urban Planner with more than 25 years of experience across Florida and in the Northeast.

“What we’re talking about from a traffic standpoint, is that if today you go on top of [the expressway] at 50 or 60 miles per hour and you’re going to be down here at ground level going maybe 30 miles per hour, but the distance is only half a mile, we’re talking you losing maybe one minute, so I don’t think that’s too much to ask for creating a great urban environment,” said Bowers.

Unlike many residents who expressed their opposition to the project Thursday night, he is a proponent of freeing up the area. Although, he believes the current plan falls short in its execution.

“We have immeasurable potential, but I think we keep stubbing our toe,” Bowers said. “I don’t think it’s a must, but is it a pro, does it help it, yes.”

He says if they widened the road in the city’s plan, it could become something much greater. He points to other cities as examples, like San Francisco, where they demolished the Embarcadero freeway after it was damaged in an earthquake in 1989. They chose to not rebuild but instead build up the riverfront.

“People were worried about the traffic, in fact, there isn’t a problem with traffic," Bowers said. "They were able to build a really nice grand urban boulevard that goes adjacent to the ferry terminal, which is their example of the landing, and goes right by their baseball stadium, similar to our sports complex.”

He points to Chattanooga as another example.

“They’ve done a lot along the riverfront there, the aquarium and everything else in Chattanooga, that was able to happen because the expressway was taken down.”

In Seattle, he says they are in the midst of a similar project right now to connect their downtown to their riverfront.

“People forget that congestion is good for a downtown," Bowers said.

While he supports more development, he says Jacksonville’s biggest issue is that it’s too spread out so new developments are scattered across different areas of the city.

“They are all surrounding [the] downtown [area] but [knowing] how to connect them downtown is a challenge we still have not overcome.”

Once the demolition begins next year, construction is expected to last for ten months.

Since this project was first brought up by Shad Khan, First Coast News did reach out for a comment, but his spokesperson said they decided to pass.

First Cost News also reached out to the mayor’s office for a comment on the community’s concerns over the project.

While we didn’t receive a statement from him yet, his chief of staff Brian Hughes responded to our story on Twitter backing the plan.