The 25-year-old husband and father of two lost his life when a tree branch fell on his car in the Ortega area during Tropical Storm Elsa. 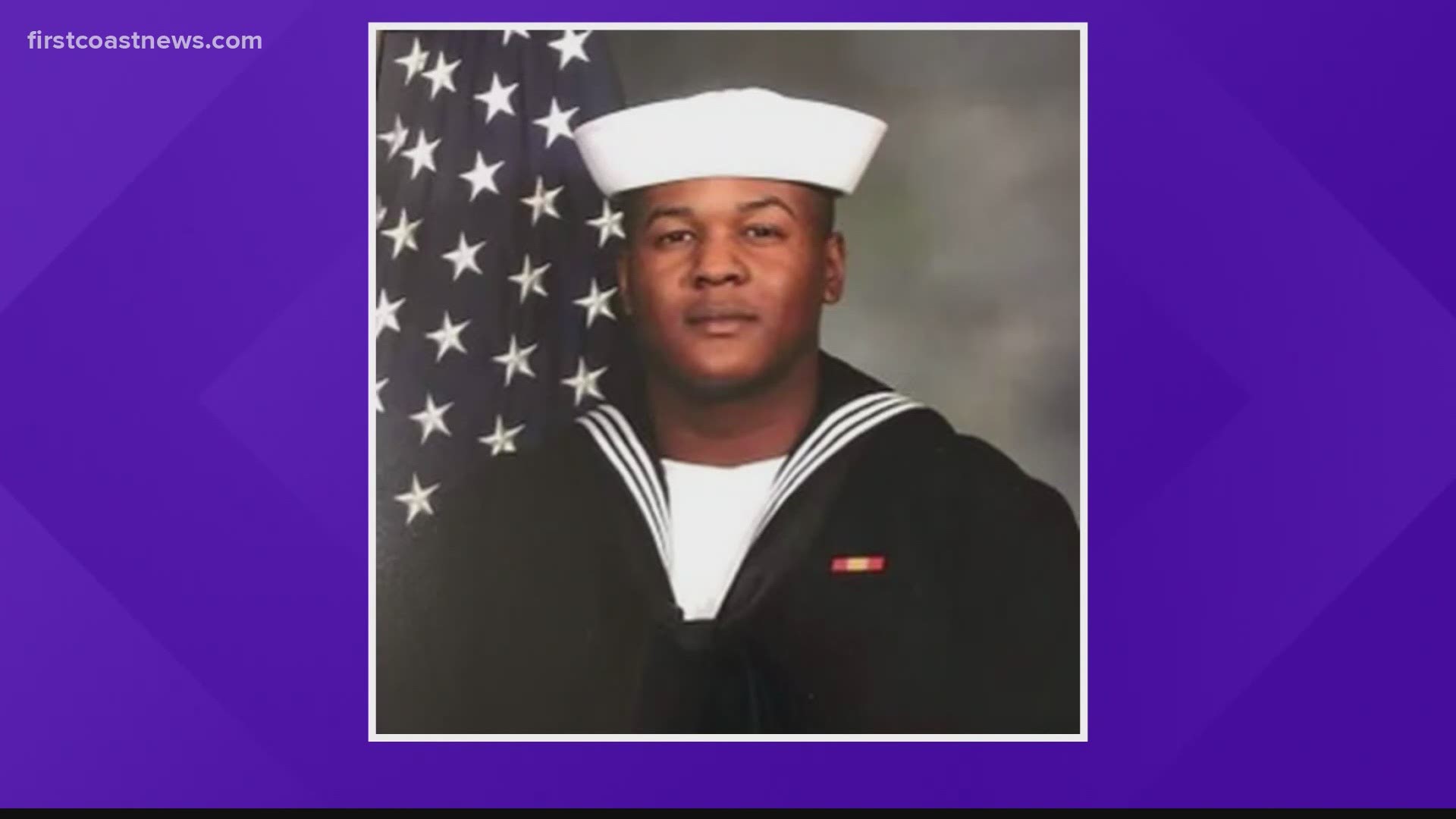 JACKSONVILLE, Fla. — Family and friends gathered Sunday to hold a celebration of life event for Deshawn Johnson. The 25-year-old husband and father of two lost his life when a tree branch fell on his car along Roosevelt Boulevard in the Ortega area during Tropical Storm Elsa.

More than a hundred people showed up to remember the man described as an extrovert, kind, and funny. They wore blue, which was the color of Johnson's car. The car enthusiast tragically lost his life in his prized car.

“He was a member of my car club. He was a great friend, a family member, a loving husband, a father, and we just want to pay our respects because it was so hard losing him so tragically so out of the blue," said Darryl Walker, regional president of Flawless Empire Auto Club.

Johnson felt at home with the group of car lovers at Flawless Empire Auto Club. He loved cars, and he loved his country, even more, serving at the Naval Air Station in Jacksonville.

“He loved this country," Walker said. "He protected this country. He was a great military man, and we just want the world to see that.”

Several car clubs, including Johnson's club, came out to remember a young life gone too soon.

“He loved to make people smile," Williams said. "You could have the worst day you could think of, but seeing him, he’s going to cheer you up.”

Johnson's wife spoke to First Coast News off-camera and said a funeral will be held in Hampton, Virginia where he's from.

“He’ll be truly missed leaving this earth at 25 years old. Life is too short," Williams said. "You just have to live every day like it’s your last.”

Johnson's friends and family let a sea of balloons go at the celebration of life as they hold on to the memories of a man who put a smile on the faces of so many people.

The celebration of life for Deshawn "Sub Zero" Johnson is getting ready to start. The 25-year-old father and husband died when a tree branch hit his car Wednesday during #TropicalStormElsa. Hear how loved ones are remembering him live at 6 & 6:30 on @FCN2go. pic.twitter.com/7RD2crVe6j

A HUGE crowd has turned out to honor Deshawn "Sub Zero" Johnson. He died after a tree branch struck his car Wednesday. Deshawn loved cars, and several car clubs have come out for the celebration of life. People are wearing blue, which was the color of his car. @FCN2go pic.twitter.com/yejzvDwalN

More than 100 people released blue balloons to honor the life of 25-year-old Deshawn "Sub Zero" Johnson, who lost his life in a freak auto accident during #TropicalStormElsa in Ortega, FL. The @NASJax_ soldier had a son and daughter. @FCN2go pic.twitter.com/8Qw06HnQ05

Rest in peace Deshawn Johnson, and thanks for your service at @NASJax_. 🙏 pic.twitter.com/7Yo4OD5wAD