JSO says Michael Hughes fought with police and was shot. He was put in handcuffs and given CPR, but died at the scene. 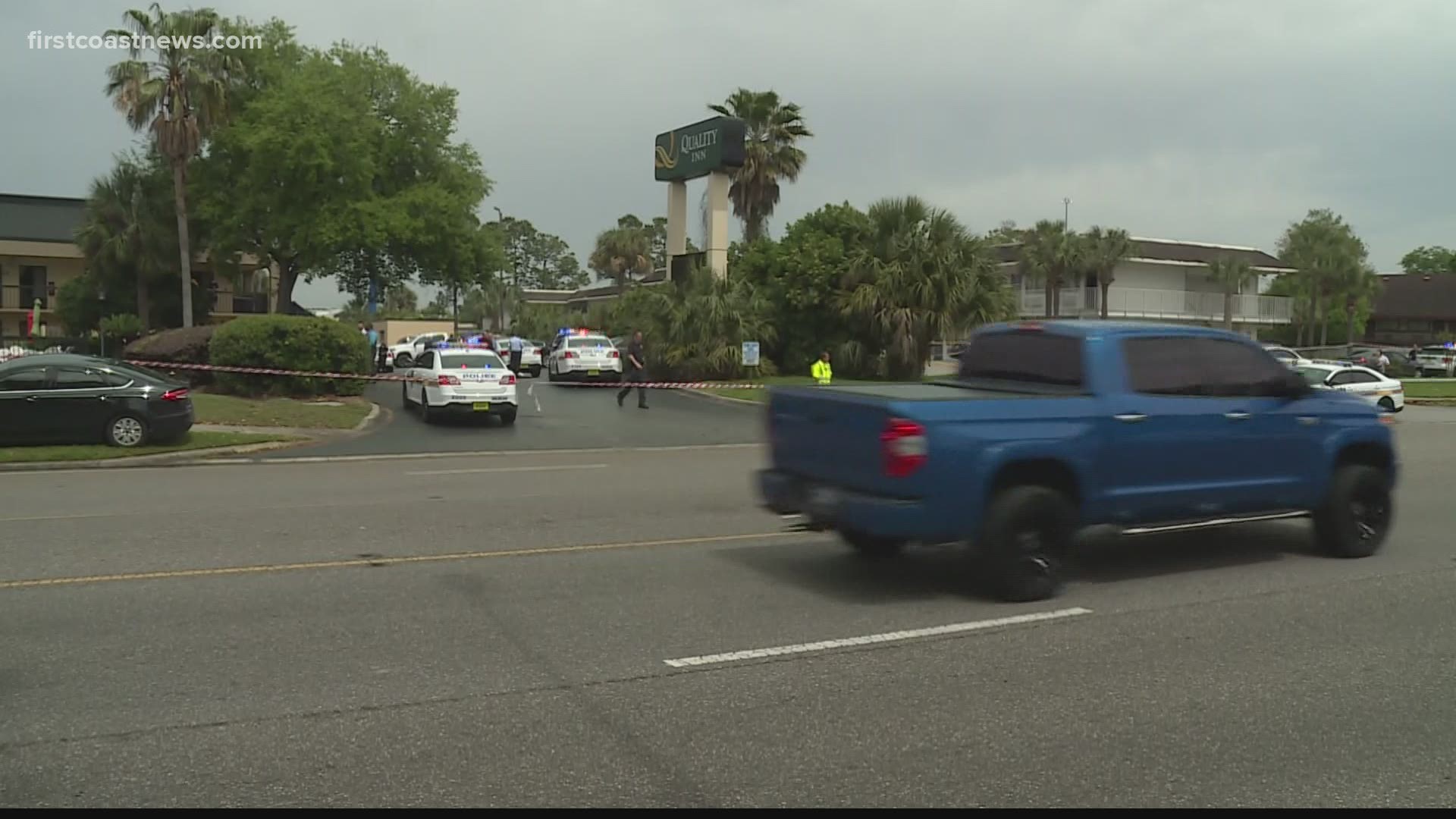 JACKSONVILLE, Fla. — They are often split-second decisions: Officers choosing to use their weapons out of fear for their own life.

Former Jacksonville Sheriff’s K-9 handler Charlie Wilkie was involved in the deadly shooting of a suspect six months into his career.

“Is it something that I regret happening? You bet it I regret it. I don’t regret my actions. I regret they wouldn’t calm down and didn’t understand it didn’t have to be this way,” Wilkie recalled.

On Tuesday, JSO said officer Jesse Wing shot Michael Hughes during a struggle with each other at the Quality Inn on Youngerman Circle. Hughes was then handcuffed and given CPR, but he died at the scene, according to police.

Wilkie, who has more than 30 years in law enforcement, said putting Hughes in handcuffs even after he was shot follows the sheriff’s office procedures to reduce the threat of more violence, regardless of how severe Hughes’ injuries were.

JSO’s policy for arrests says officers can use handcuffs, “…to protect others, protect themselves, and prevent potential escape.”

Wilkie also said using handcuffs is a tactic to prevent the suspect from harming themselves while the officer performs first aid.

“It doesn’t obstruct their airwaves," Wilkie explained. "It doesn’t cause them any other damage. It just keeps them from using their hands as weapons or their arms from grabbing you and maybe not even consciously doing it."