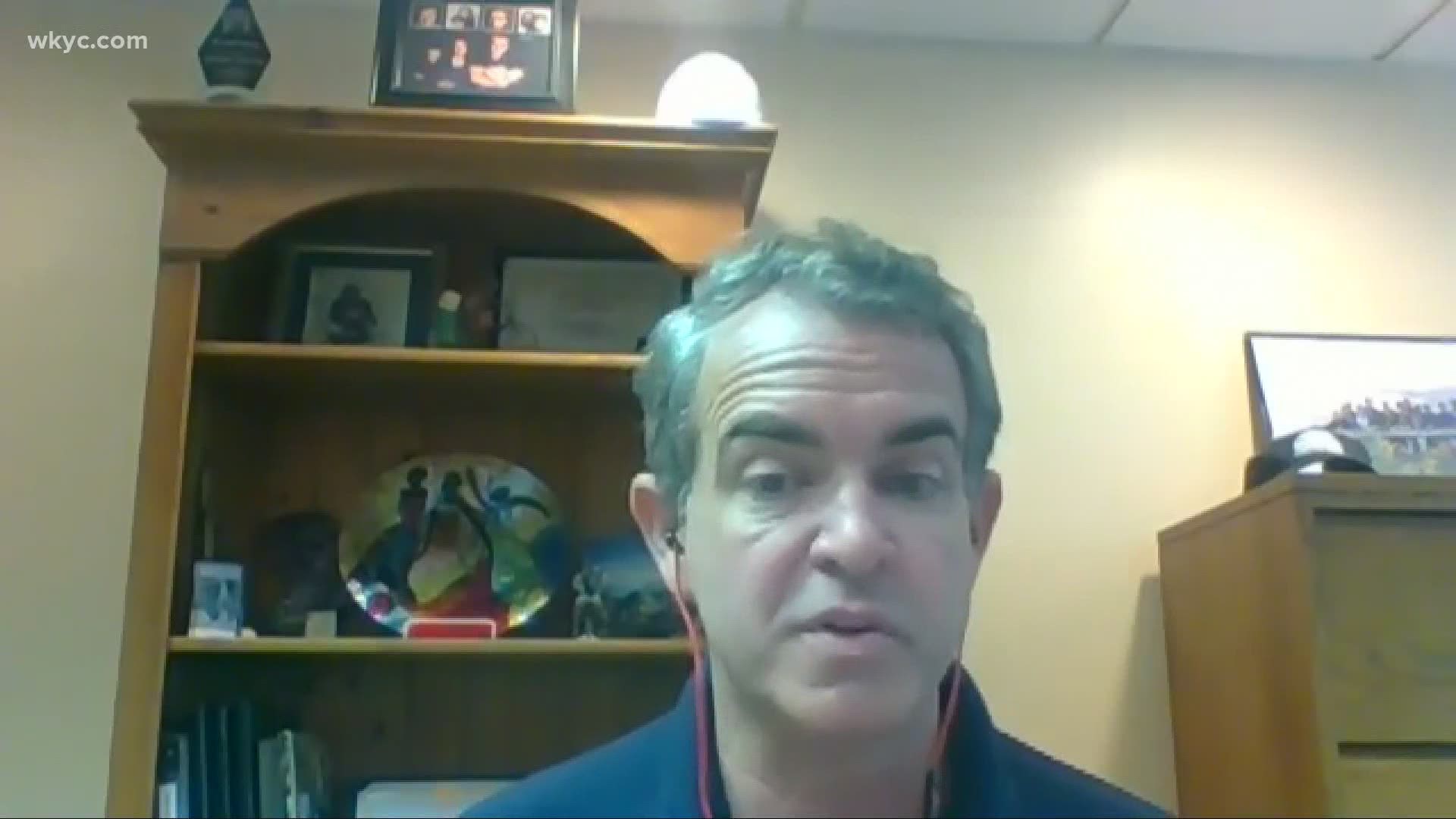 CLEVELAND — A man is facing charges after climbing the Asian Highland exhibit at the Cleveland Metroparks Zoo on Sunday. The habitat houses the Zoo's snow leopards.

"At approximately 1:45 p.m. yesterday, a male entered a non-authorized area by climbing part of the exterior of Cleveland Metroparks Zoo’s Asian Highlands habitat and was arrested by Cleveland Metroparks Police," the zoo said in a statement released on Monday. "The habitat, which houses the Zoo’s snow leopards, is completely covered in steel mesh and the individual did not enter the habitat but he did reach through the steel mesh and made contact with the snow leopard. There are no reported injuries at this time to the suspect or the animal."

The zoo adds the suspect was cited for criminal trespassing. Additional charges are now being reviewed.

"The safety of our guests, staff and animals is our number one priority and the habitat has several layers of protective barriers in place including railings, signage and steel mesh. Staff will continue to monitor the area during Zoo hours," the zoo added in its statement.

“It was pacing, and it got its claw stuck at one point, because it was clawing at him,” witness Alexander Lowry said.

“Was just worried that something could potentially happen to the leopard,” said witness Cassidy Toland.

Toland and Lowry shared pictures and video with 3News.

The suspect could be seen touching and filming the cat beside steel meshing in a section which was clearly off-limits to the public.

“And his friend had said, ‘Yeah, he climbed up the pipe right there and got up there,’” Lowry said.

It was unlike what happened at the cheetah habitat in 2015, when a mother dangled her 2-year-old son over a railing, and he fell roughly 10 feet and hurt his leg.

RELATED: Man arrested for climbing onto habitat at Cleveland Zoo

RELATED: Cleveland Metroparks Zoo to open 'Dinosaurs Around the World: The Great Outdoors' on July 1