'I was good and scared': Clay County woman recalls fatal shooting in her front yard 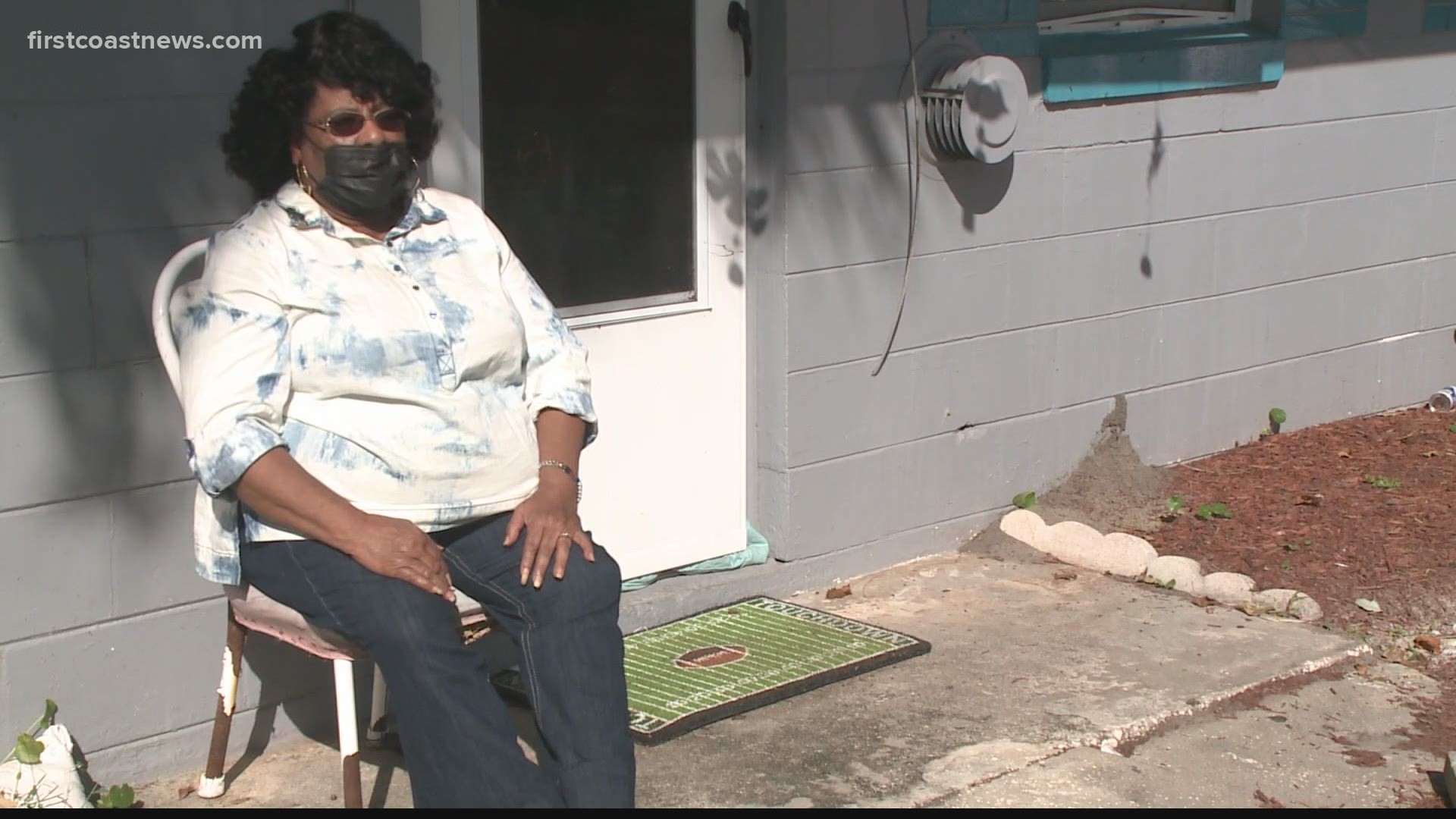 GREEN COVE SPRINGS, Fla. — Police in Clay County are looking for the person who they believe shot and killed a teenager Tuesday evening in Green Cove Springs.

Officers say they found two men blocks apart from each other. Both of them were shot, and then a third man showed up at the hospital with a gunshot wound, reportedly from the same shooting.

The woman whose house the triple shooting happened in front of spoke exclusively to First Coast News on Wednesday.

Bessie Kelsey has lived in her house for almost five decades, and she's still in shock with what she heard and saw. Kelsey said the gunshots were so loud she thought someone was shooting into her home.

Kelsey then called for help and saw a young man on the ground not moving.

"I heard people say, 'Is he dead?'" Kelsey said. “My heart was beating a mile a minute. Yeah, I was good and scared. When they were shooting, I thought somebody was shooting at my house.”

Police say 18-year-old Skylar Shane Townsend of Orange Park died in the shooting along the 1100 block of Center Street.

The two other victims are expected to survive.

“I’ve never been in a situation like that before so close to my house. I see it on TV all the time, but for it to be right here at my house, it’s just nerve-wracking,"
Kelsey said.

Kelsey has lived in the neighborhood for 48 years and says it's normally a safe and quiet area.

“I’m real nervous, and I’m scared," Kelsey said. "I live here by myself, and I just want all of this to be over.”

Green Cove Springs police have not released a motive or suspect at this time.

UPDATE: @gcspd have identified the victim shot and killed last night as 18-year-old Skylar Shane Townsend from Orange Park, FL. Police have not named and suspects, and the investigation remains active. I'm following this developing story today on @FCN2go. https://t.co/i6lf8Hahc2