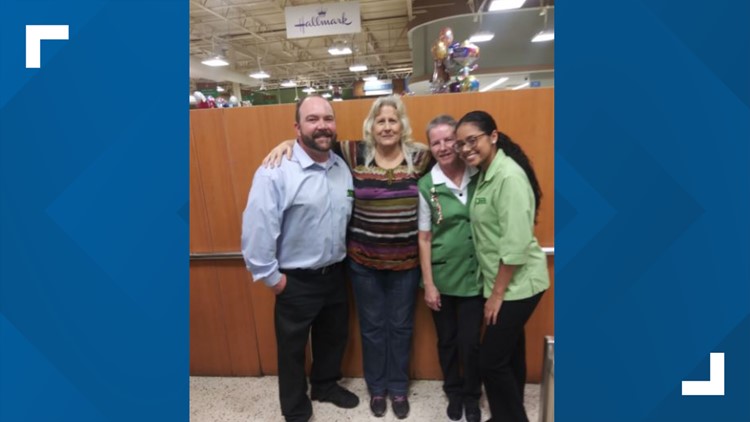 Clay County woman thanks Publix employees, EMTs who helped in time of need

It was just an ordinary shopping trip to Publix for Donna White, until it wasn't.

On Saturday she was browsing the aisles of the store located on the corner of Blanding and Kingsley when she began to feel lightheaded. As she headed for the register she told employees she felt ill and she said they immediately sprang into action.

'Would you like to sit down?" one of the employees asked as another raced for a chair.

That was the last thing White remembered hearing before she blacked out.

"When I went down, the members of the staff were able to catch me from hitting my head, which could have resulted in an injury," White said.

She says the employees at the store called for EMTs and helped her into the chair once she regained consciousness.

"I would just love to send a message out for all the wonderful people at Publix, the firehouse station R18 on Blanding Boulevard and the Orange Park Hospital for everything they have done for me and the great service that I received," White said.

She says she's doing better, but if it wasn't for the swift actions of the people involved, she says maybe she wouldn't be.

"The names of the great people at Publix are Marty Griswold and which caught me, Denise Meyer, Brianna Rodriguez, and Tiffany Matthews (not in the picture) that held my neck until 911 got there," she said.