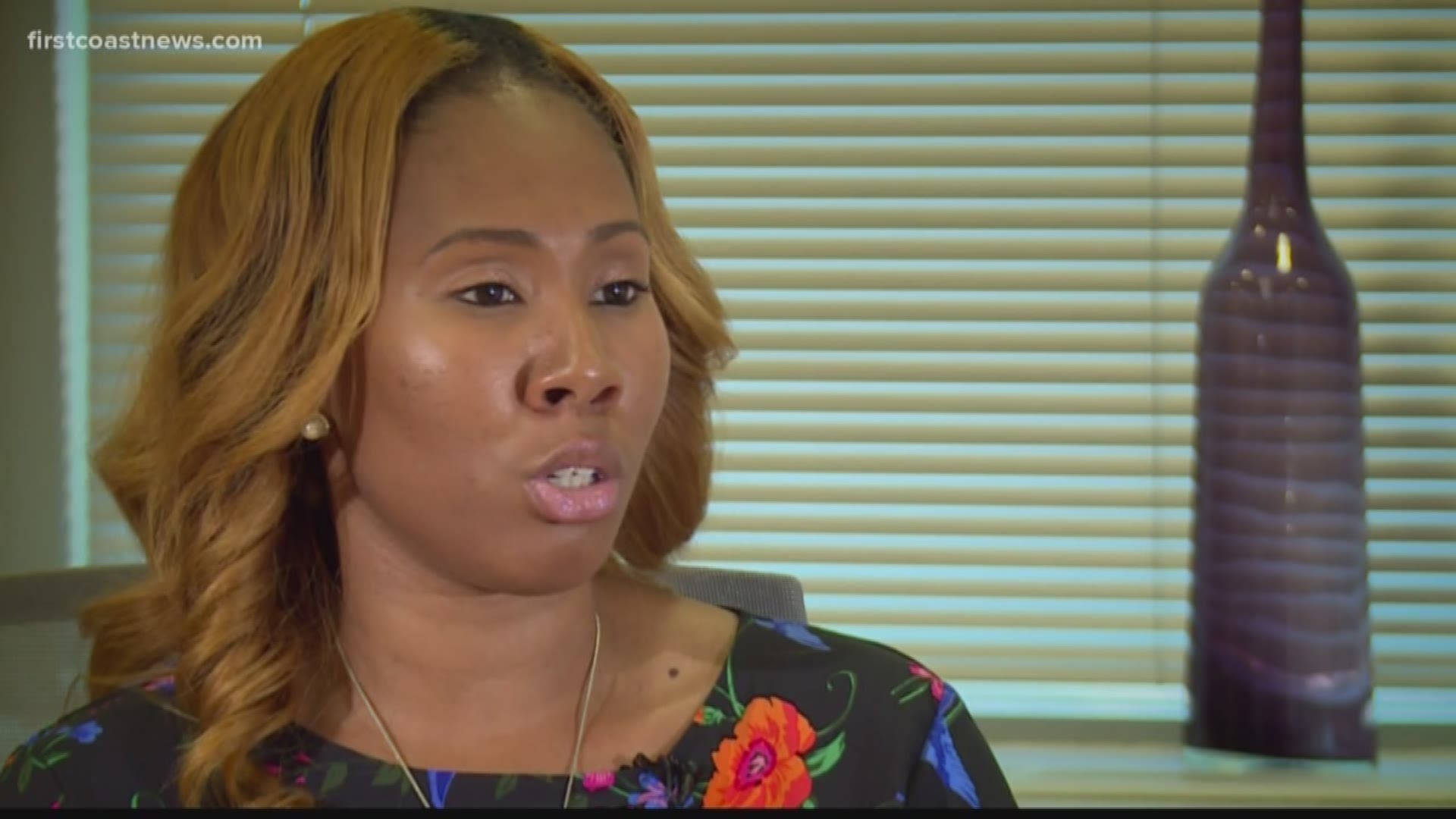 It’s a decision that has been referred to the state Department of Law Enforcement for review.

The woman at the center of the story, Cierra Smith, opened up Tuesday about watching her private affair become a very public scandal.

“When Daryl’s name got involved, people started talking about it,” she told First Coast News. “If he was just regular officer, this probably wouldn’t be as hot a commodity as it is right now.”

As First Coast News previously reported, Daniels has admitted to a years-long affair with corrections officer Smith, his subordinate while he was the director of the Duval County Jail.

The affair came to light as part of an Internal Affairs report into Smith's workplace conduct. The report included two recordings – made without the sheriff’s knowledge or consent -- that detail the relationship.

Smith says the affair lasted from soon after she was hired in 2013 to just a few weeks ago. “We did use the word love,” she said.

But the affair soured during a Jacksonville Sheriff’s Office investigation into Smith – including allegations of a videotape showing her and Daniels having ex at the jail. Smith denies the allegation. “There was no videotape. I’ve never conducted myself in that manner.” (That allegation was ‘not sustained’ by investigators.)

The report didn’t implicate Daniels in wrongdoing. But according to Smith and some documents from the case, it prompted him to confess – and end – the affair.

It didn’t go well. On May 4, Smith called police to report she’d been threatened by Daniel’s wife. Two days later, the sheriff called his own agency for help – saying that Smith was stalking him.

Smith denies it. She says she had shown up to their “usual meeting spot” – a park in Oakleaf Village – for a planned meeting with Daniels. She says Daniels wife appeared soon after she arrived, and Daniels, instead of stopping, began driving evasively.

“At no point in time was I coming there to do anything out the norm, anything -- with my 7-year-old in the back seat -- anything where I put my daughter and myself in danger," Smith said.

Daniels ultimately declined to press charges and Smith was released after 6 hours in custody. But she is still shocked by the arrest, and believes Daniels used his law enforcement powers unfairly.

“He did inform the officer, like, 'hey she’s crazy and she’s about to lose her job with JSO anyway,'” Smith said. “For him to put that out there it was kind of like a slap in the face.  The person that I looked at that night that he instructed his officers to arrest me -- that wasn’t the person I’ve known for 6 years.”

The Florida Department of Law Enforcement is reviewing the arrest to determine if Daniels acted appropriately. It’s not clear when that review will be complete.

Daniels has been out of town this week and has declined multiple requests for comment. A CCSO spokesman says he may address the media when he returns on Friday.