Cook is the elected sheriff of Clay County and has the dubious distinction of being in a category by herself. 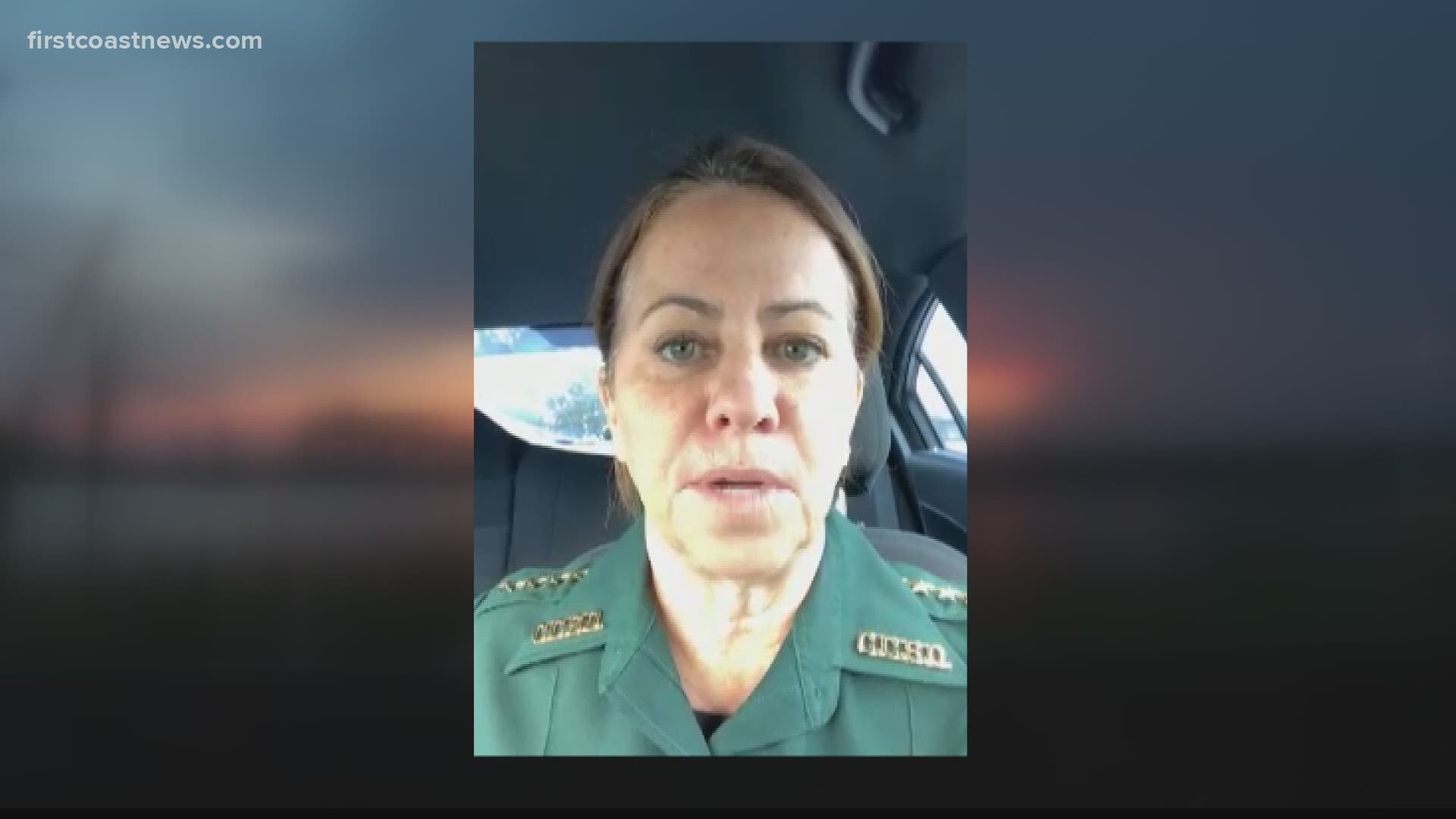 JACKSONVILLE, Fla. — On Sept. 1, Michelle Cook walked into a new job with a department that was cloaked in drama and under a dark cloud.

"Even though morale was low, I never saw anyone wavering in the commitment the men and women had for the community," said Cook.

Cook is the elected sheriff of Clay County and has the dubious distinction of being in a category by herself.

"Out of all of the counties in the state I am the only female sheriff," she said.

Now approaching her first 90 days on the job, she spoke with First Coast News about priorities, accomplishments and morale in the workplace.

"When you do a job that is in your heart it is pretty easy to get morale back up, that's what I find with the men and women of the Clay County Sheriff's Office," Cook said.

Cook is a 28 year veteran of law enforcement. She has served with the Jacksonville Sheriff's Office as a director and with Atlantic Beach Police as its chief.

She decided to return to Clay County and run for the top job.

"One of my major accomplishments so far is a restructuring of the agency to be more efficient and more lean, " Cook said.

A plan that takes effect on Jan. 1.

Daniels was charged with evidence tampering and filing false reports.

She said her priorities for 2021 are preparing for the growth in Clay County, combating a drug problem and more community engagement.

Her department is focused on a problem with Meth and Fentanyl.

"We've partner with state and federal on this, it is an issue I am taking seriously," said Cook.

She is focused on community involvement because she believes one of the department's most important roles is customer service.

"The challenge that I've had is COVID-19," said Cook. "So a lot of the community initiatives I am driven to do really are restricted by the pandemic."

She is responsible for a $65 million budget and 500 men and women.

She plans to launch a part-time deputy program and enlist more volunteers to increase the department's reach and service.

"I would put myself at a B+" said Cook. " I am very comfortable and confident with what we are doing internally."

Now the work continues. A recent domestic homicide in the county revealed that there is more to be done in that area.

"I want to send my condolences to the family again," she said. "I take domestic violence seriously."