Kevin Conner was arrested Thursday for resisting arrest without violence. 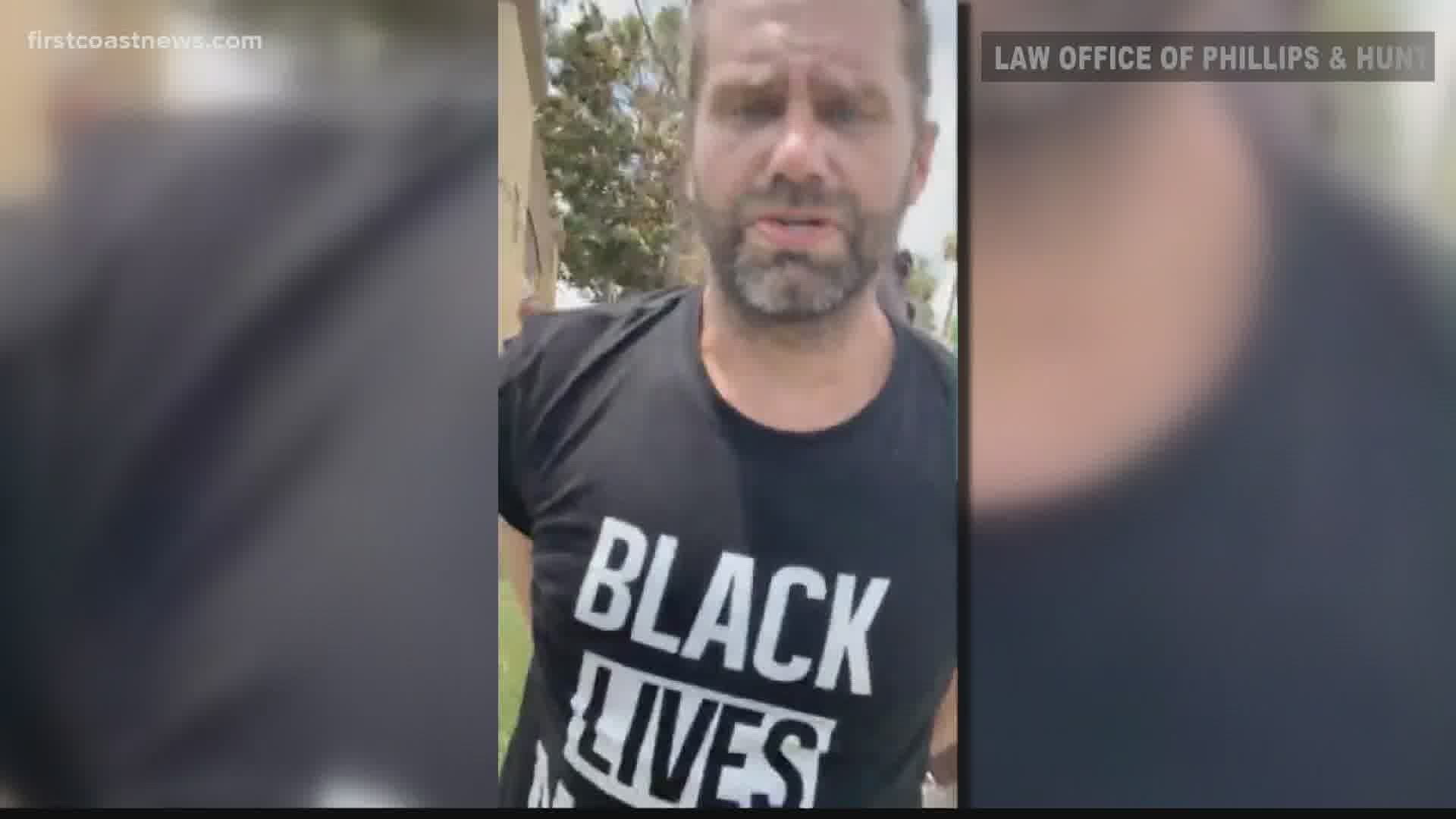 CLAY COUNTY, Fla. — For the past week, Kevin Conner took to the streets in Clay County, waving his Black Lives Matter flag while wearing a matching t-shirt.

However, on Thursday, Conner’s actions landed him in jail.

Conner recorded his conversations with deputies, who, according to the arrest report, was getting in the way of traffic on County Road 220.

Conner was asked several times to "stay out of the roadway and discontinue to obstruct the view of turning motorists." The reports said he refused.

Deputies could be heard telling Conner where he could stand. After a few minutes, he was put in handcuffs.

“I need you to name the crime, sir, that’s been committed,” Conner can be heard on cellphone video.

“Said I stepped out, cars had to go around me. That’s not true. I’d like to see video of that. That’s not true at all,” Conner told First Coast News after he was released from jail.

Conner and his attorney John Phillips spoke to First Coast News Friday afternoon. Phillips said the arrest was baseless and wants the charge of resisting an officer without violence thrown out.

“He wasn’t arrested for walking out into a street or an illegal protest. He was arrested for resisting an officer without violence. In the video, you can hear the officer say clear as day, ‘If you don’t comply, I am going to arrest you.’ He immediately puts his hands behind his back,” Phillips explained.

Conner says his free speech was taken away, but he and Phillips say they won’t be intimidated.

The sheriff’s office had no comment when asked about Conner’s arrest.

RELATED: Protests have not contributed to rise in COVID-19 cases, research group suggests