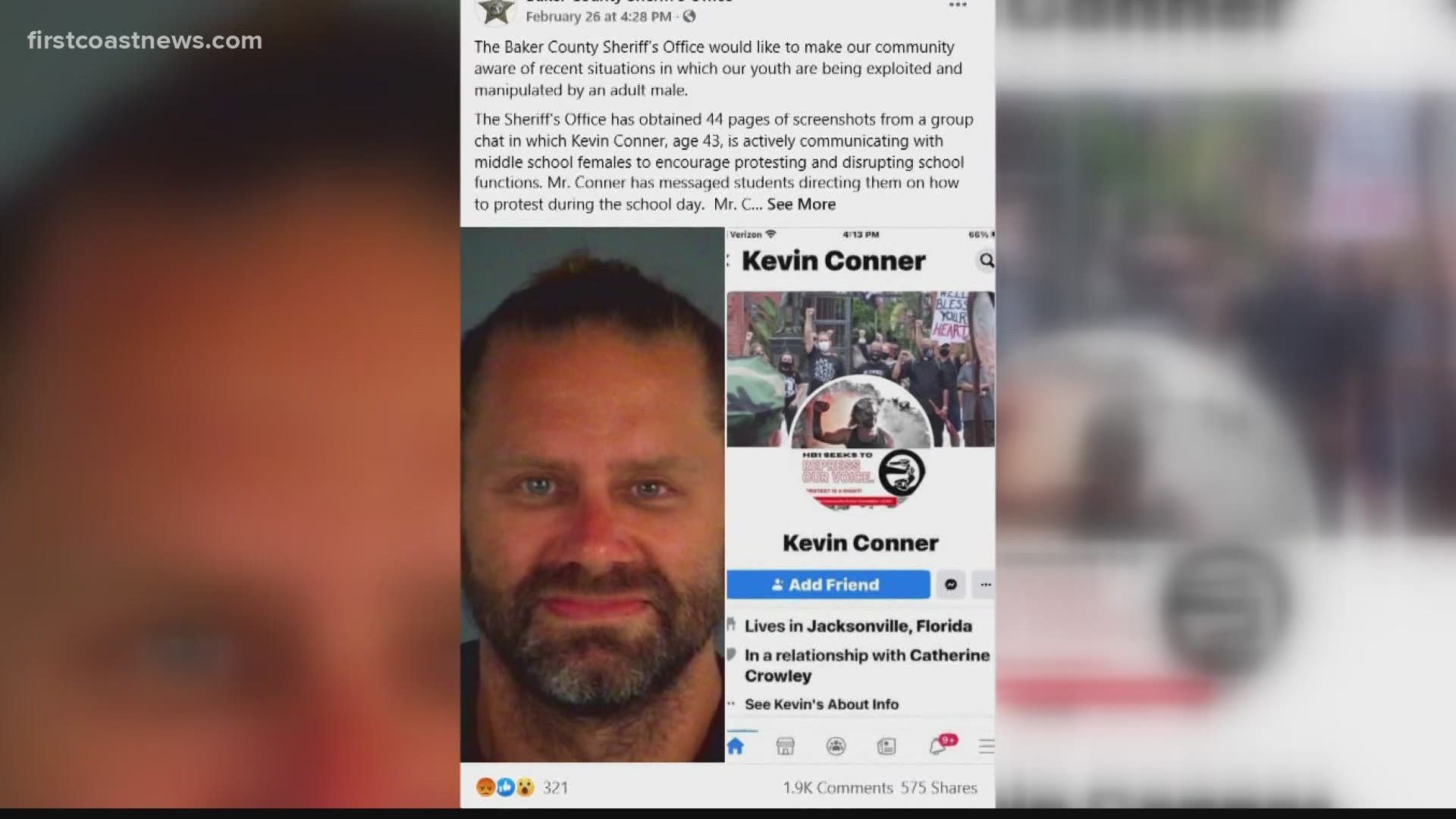 It all started last Wednesday during a Duval County Public Schools meeting about renaming some schools in the district and community activist Kevin Conner, speaking at this event and later being added to an Instagram group.

“It was a group of middle school kids at Baker County High School basically saying they’ve had it, there so much racism there, and teachers and administration endorse it and they wanted to make a stand," said Conner.

Conner says with being a well-known activist in the community the kids asked for his help.

“There’s a long history including MLK and Steve Biko of adults helping students protest, students have a right to protest," said Conner.

Baker County Sheriff’s Department putting out a post on Facebook stating that Conner is exploiting and manipulating the youth by encouraging protesting and disrupting school functions.

The sheriff’s department even said in the post that Connor would ask female minors to meet him in private locations. Conner posting on Facebook an exchange of messages with the kids showing a parent was involved with the meet-ups.

“They are seeking to target me and ruin my life and libels, this is no small matter and it has put my family in danger," said Conner.

Conner took a video of his neighbor harassing him and calling him a pedophile while he was heading home.

I talked with Major Randy Crews of Baker County Sheriffs Department who did not want to go on camera but says they never slandered Conner.

"What I’m saying is that he’s exploiting kids but I don’t have any evidence or anybody accusing him of any improper sexual misconduct, what I have is people accusing him of having inappropriate contact and communication with minors," Crews said.

Crews says he can’t control how people viewed the post. He wanted to warn parents to keep an eye on their kids and their social media accounts. Conner says that he is working with his attorney and plans to take civil action.