This week, an archaeology team completed unearthing the hull of the wreck. 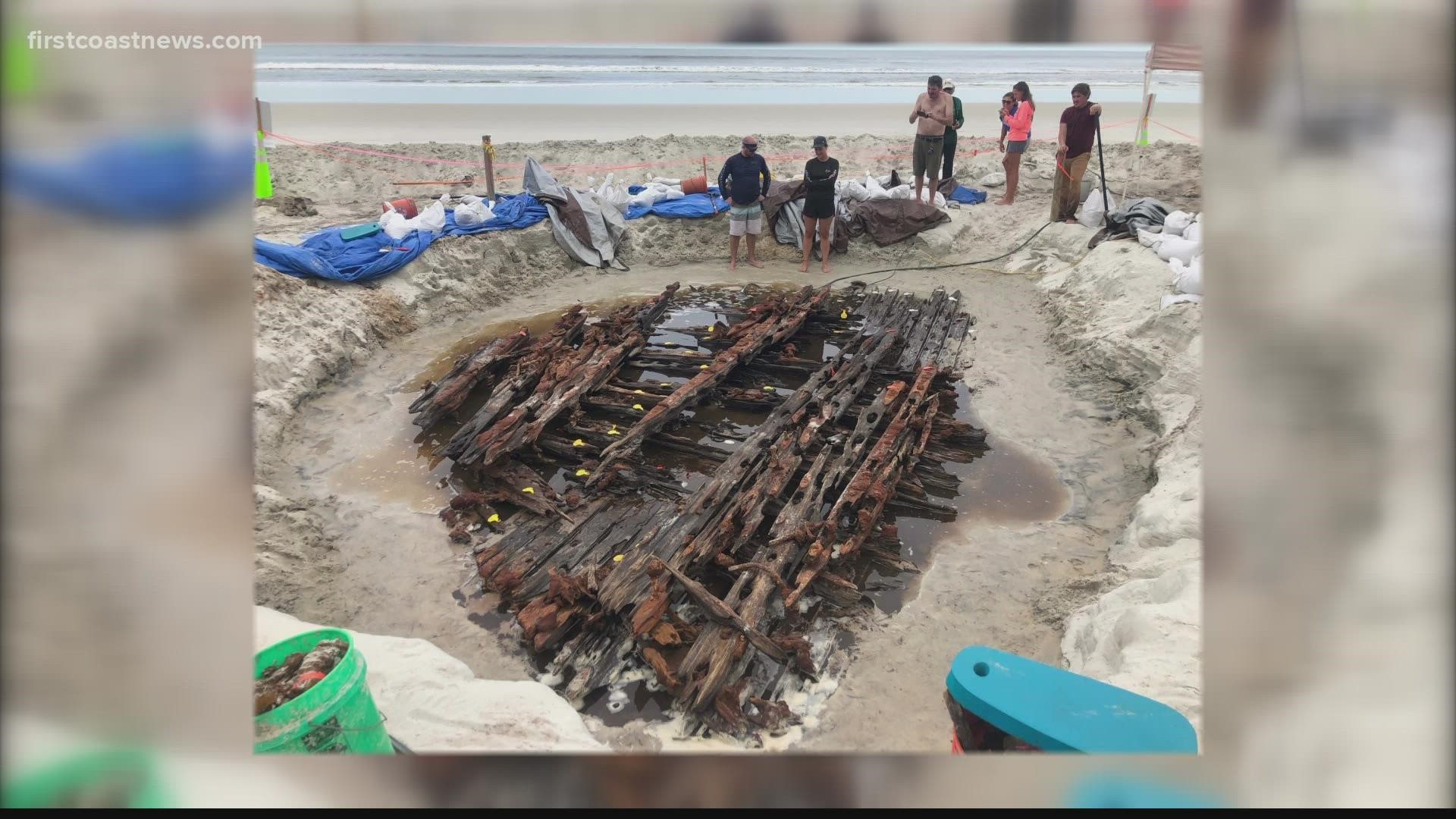 ST. AUGUSTINE BEACH, Fla. — For weeks, archaeologists have been in a race against the clock. The goal? Unearth a shipwreck before the tons of sand are dumped on top of it.

This week, the archaeology team completed unearthing the hull of the wreck, right in the nick of time.

Archaeologists believe it to be the wreck of the Caroline Eddy. It was a cargo ship built in Maine for the Union Army during the Civil War. It was later used as a merchant ship.

In 1880, the Caroline Eddy departed from Fernandina Beach, heading toward Philadelphia, full of lumber. It sailed into a hurricane and eventually hit a sandbar off the coast of Matanzas Inlet.

"And she broke apart and pieces came ashore," Archaeologist Chuck Meide with the Lighthouse Archaeological Maritime Program (LAMP) previously told First Coast News. "We believe this wreckage is from the Caroline Eddy."

In November, a nor’easter's winds and waves pushed the sand off part of the ship’s hull. It had been buried for decades.

This week, the team finished uncovering the hull.

But now that it's been unearthed, what next?

When the archaeologists are finished documenting the wreck, they’re actually just going to leave it on the beach.

"It would take millions of dollars to preserve the timbers if they were removed from this context," Meide previously told First Coast News.

The moist sand will actually help the wreck "because it will be more preserved under 9-10 feet of sand," Cathers said.

So the race is on to document and take photos of the Caroline Eddy, a ship that met its fate on the sand and will now be protected it.