Curry said the city is announcing a new plan to allocate additional dollars to complete the much-needed septic tank phase-out. 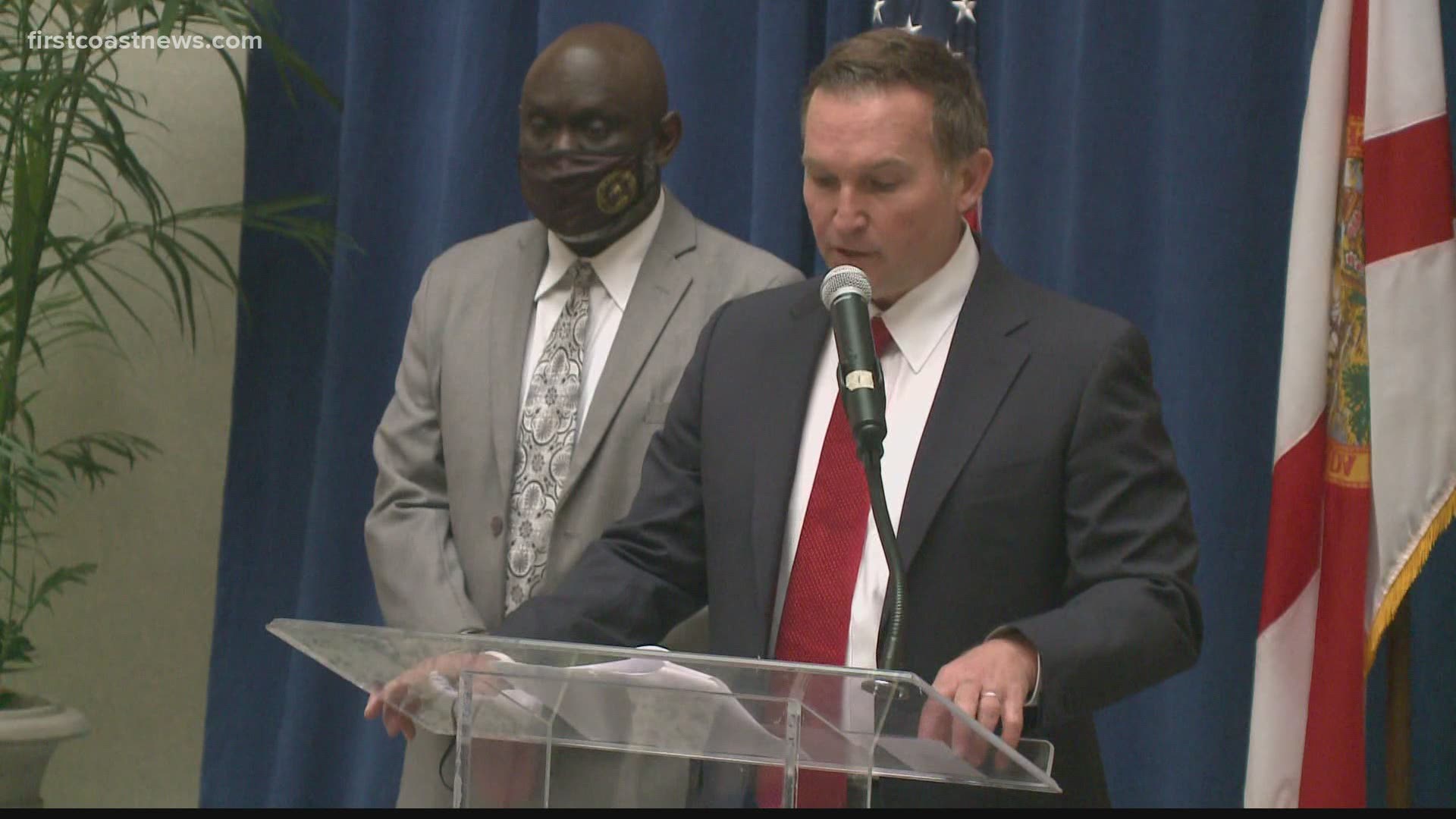 JACKSONVILLE, Fla — The promise of city consolidation to improve infrastructure in Jacksonville's most vulnerable neighborhoods is a step closer to being fulfilled.

The city says it has found additional funding to complete the septic tank phaseout for three Northwest Jacksonville neighborhoods.

In 2016, the city and JEA announced $45 million to replace failing septic tanks with city sewage, but funds ran out and one of those three neighborhoods has not seen any work.

Reisdents are excited for some change.

He remembers his parents telling him about the promises to remove the septic tank from his home.

“It never got completed, not in this particular area, but we’re hoping for change,” Garlington said.

The city of Jacksonville is putting forth $14.3 million for this project and JEA will be shelling out an additional $12.5 million for a combined total of $28.6 million.

In 2016, the city and JEA partnered on the program for extending sewer service to nearly 1,600 lots in the Biltmore, Beverly Hills and Christobel subdivisions. according to our news partners at the Florida Times-Union.

"Unforeseen circumstances and challenges that can occur and projects of this magnitude, our funding ran out and we didn't complete the project in these three neighborhoods," said Curry during Thursday's news conference. "But while the funding fell short, our commitment to these communities did not and that's why we're here today."

Curry said the city is announcing a new plan to allocate additional dollars to complete the much-needed septic tank phase-out.

There are more than 30 neighborhoods in Jacksonville that need septic tank phase-outs.

The cost for that is estimated to be more than $2 billion, Curry said.

He is not sure where those funds will come from yet.

"Anytime you're dealing with a project of this magnitude, a project that can take years, markets change, the economy changes, which is why when you think about the magnitude of billions of dollars in septic tank work that's going to need to be done," said Curry.

"We know that cost structures are going to change they could go up they could go down, but the longer we wait, the more volatile it is which is why it's important that we're going to collaborate and work to come up with a long term solution," Curry added.

Among the 30 neighborhoods, some city council members feel the priority list has changed.

“I’ve been told by the mayor’s office as well as public works [and John Pappas, public works director] that to change the order on the list we would have to file legislation to do that. I think that through this process that is going to happen. Some of the neighborhoods that are proposed are not nearly as needed and perhaps want to try something more innovative than what we may think about for some of the other neighborhoods,” Priestly-Jackson said.

Curry said in the months and weeks ahead, he will be speaking to civic groups about the importance of this issue and "why we need to all buy-in as a community" to put real money into this.

Residents like Garlington are anxious to see some work done.

He feels the next generation will be happier, and healthier once the project is completed.

“It creates flies, mosquitoes, it’s not really good for the environment. Jacksonville is doing the right thing,” Garlington said.

If the city does have another shortfall in funding, Curry says they will work to find additional dollars for these projects.

Curry said he has not seen the legislation.

RELATED: Curry: City will find money to do all septic tank phase-outs promised in 2016