The proposed Lot J development would entail a public-private partnership with Shad Khan and the Cordish Companies. 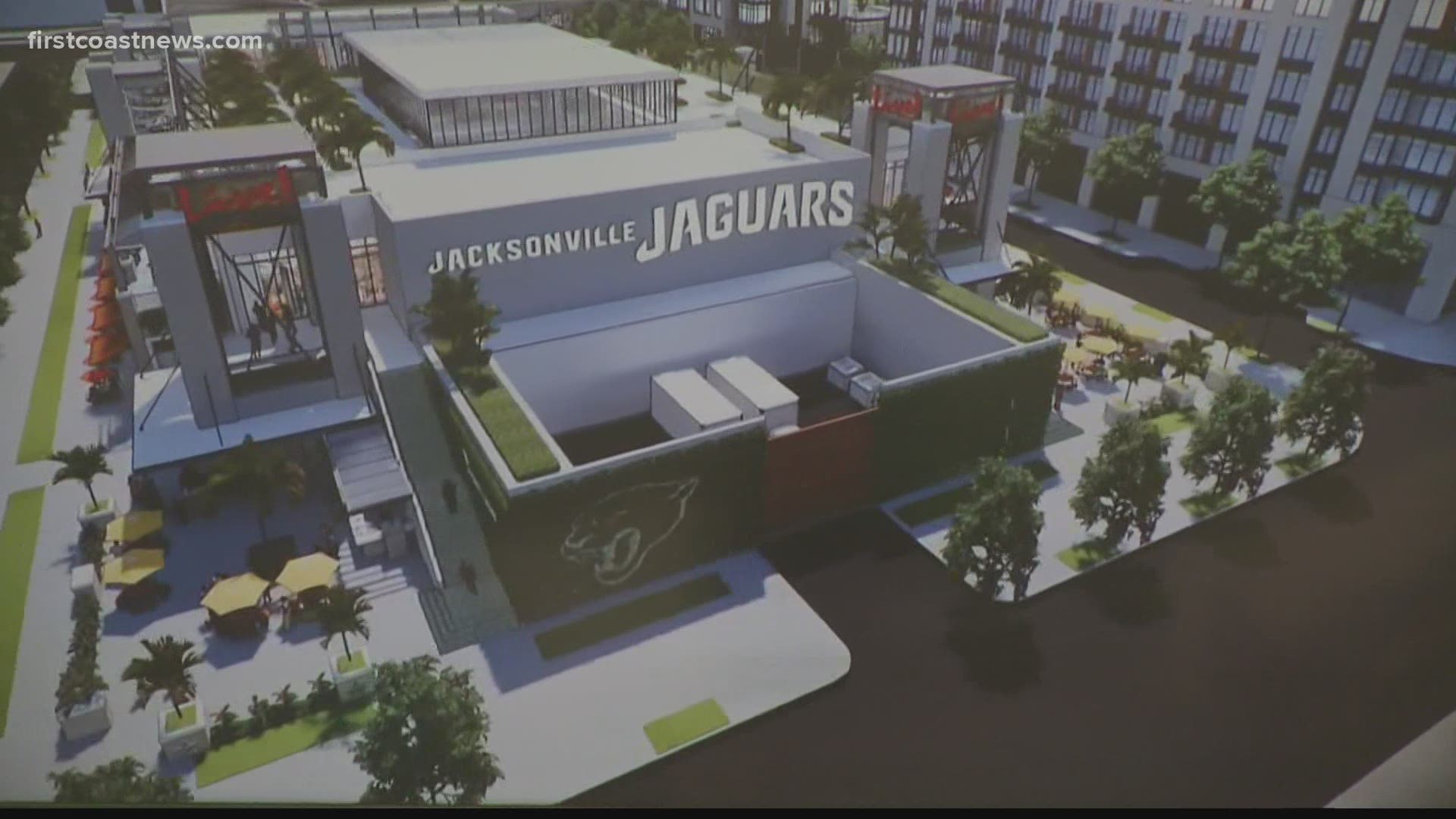 Council Member Reginald Gaffney was joined by several colleagues in front of City Hall for a press conference Wednesday morning regarding the development.

Gaffney said a large number of people who live on the Eastside support the plans to redevelop Lot J.

"When you look at Lot J, it would not only benefit my district but Northeast Florida as a whole," Gaffney said. "For small businesses struggling during this pandemic, it's going to be a boost to small businesses."

The proposed Lot J development would entail a public-private partnership with Shad Khan and the Cordish Companies to bring a live entertainment district, 350 apartments in two mid-rise buildings, and at least 120 boutique hotel rooms to the land currently used as a parking lot in the Downtown sports complex.

Gaffney says the Jaguars, owner Shad Khan and the Cordish companies are showing a commitment to invest in the city with the proposed $450 million development.

“The Jaguars are committed to Jacksonville, that’s why Lot J is so important. You wouldn’t have to take your team somewhere else to meet your financial needs if you had it in Jacksonville,” Gaffney said.

Brenda Priestly Jackson, who says she was supporting Gaffney in solidarity at the press conference says she is not on board with the Lot J deal yet.

“I will not support Lot J or any other development that precludes the ability of us to take care of the everyday needs of our neighbors with the quality of life,” Priestly Jackson said.

Priestly Jackson suggested at least one change to the deal.

“If you can offload the liability for the mitigation and cleanup of Lot J to the developer if you can have future indemnification for any future litigation brought on Lot J to the developer, that’s a return on investment that’s incalculable because you can bet your bottom dollar that folks will always sue the city because we have the deep pockets,” Priestly Jackson said.

“To have indemnification and development going forward, with that, I’m very encouraged by that, again, if first, the numbers show we are able to take care of the needs were charged to do first, infrastructure, first responders and quality of life,” Priestly Jackson added.

The return on investment could fall below projections according to Matt Carlucci, the City Council’s Finance Committee Chair.

“We'll be lucky to get it up to 50 cents to the dollar in my opinion, after speaking with our council auditors,” Carlucci said.

Carlucci believes a market study and feasibility study should’ve been done on the front end.

“It’s a backwards way of economic development if you ask me, and that's my struggle, this a $200 million, actually closer to 400 million when you put in the interest that the taxpayers will be paying. And we don't even know what it's going to look like,” Carlucci added.

Councilman Sam Newby, in support of Gaffney remains optimistic over the deal, which was screened and approved by the Downtown Investment Authority last month.

Newby says he believes the deal should be voted up or down on Jan. 7.

Gaffney believes that regardless of the dollar amount, Khan has shown and will show he wants to invest in the city with the proposed development.

“I’m grateful as a city leader he’s willing to invest in my community, to help me grow my community, regardless of how many dollars he gave us,” Gaffney said.

The project is expected to be voted on by Jacksonville City Council in early January. It would commit taxpayers footing roughly half the bill of $450 to $482 million.

The deal has drawn criticism over its cost, the largest of any development project in city history.