While city-owned ponds have been ordered to have a natural five-foot barrier, part of the meeting focused on how to get private property owners to do the same thing. 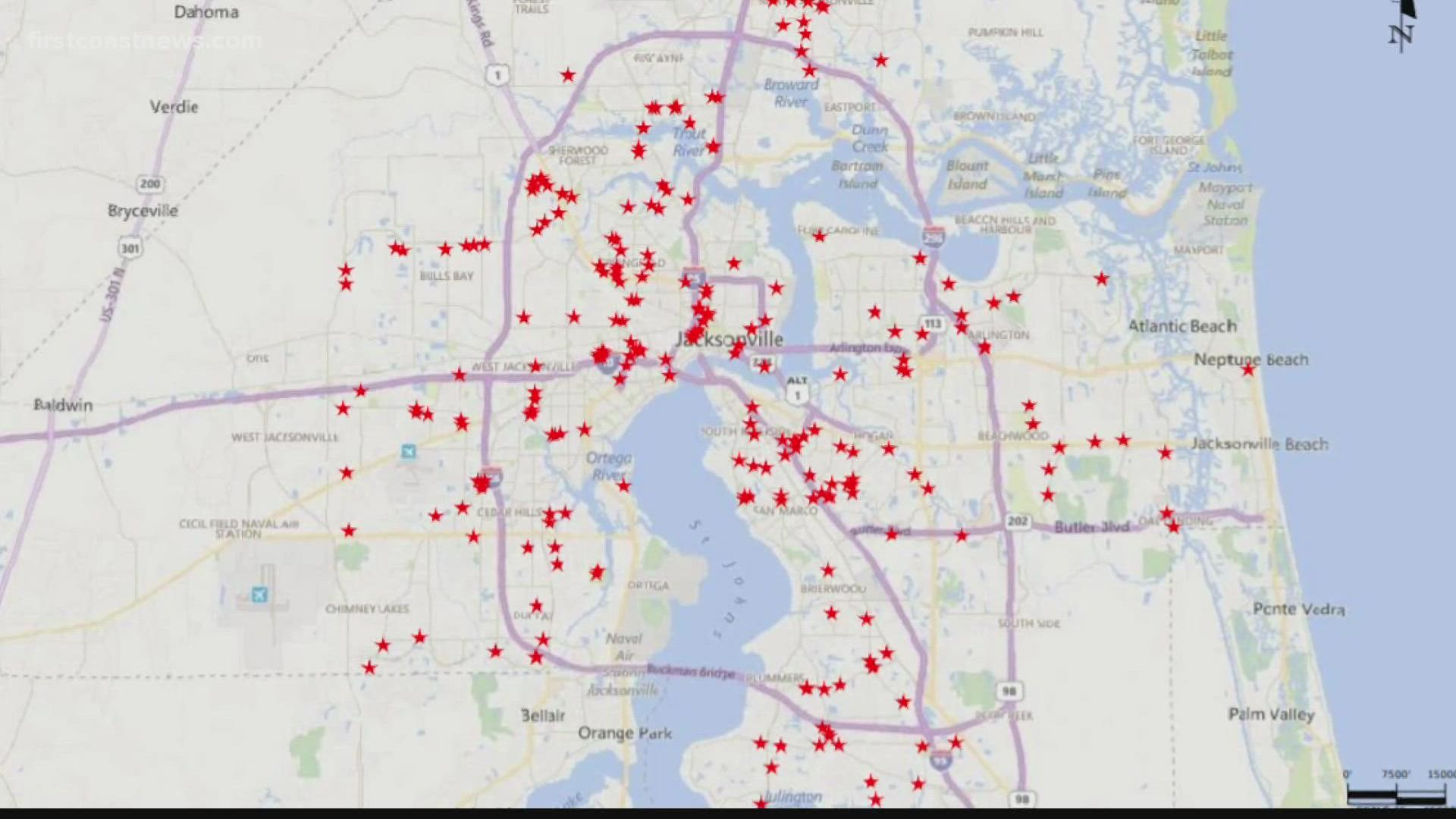 City councilmembers Ju'Coby Pittman and LeAnna Cumber led a roundtable hoping to come up with ideas to make retention ponds safer for children.

Between April and June, three young children died in retention ponds in the City of Jacksonville. Mohamad Nour, 5, died in April. Four-year-old Gavin Douyon died in May, and in June, a four-year-old girl died in a pond in an Argyle Forest neighborhood.

A teenager also died in a retention pond on the UNF campus in March.

In the wake of the tragedies, city leaders pitched several ideas on how to keep children away from the ponds. One idea is to have natural barriers around retention ponds to prevent children from reaching them.

In June, just one day after the latest retention pond death, Mayor Lenny Curry ordered city crews to stop mowing within five feet of city-owned ponds. While some saw it as a step forward, the city owns only a small minority of the ponds.

"After these tragedies, we encourage those owners to take precautions," a city spokesperson said in June.

How to get private property owners to create the natural buffers is a controversy that was discussed Tuesday.

"That is a conversation that we have to continue to have because some of the communities just don't want the natural barriers, because of the curb appeal," Councilmember Pittman said.

One developer, Hart Resources Owner Curtis Hart, suggested the city require HOAs to own and maintain all ponds in their neighborhoods, which neighboring St. Johns County does.

“As soon as we're finished with development, we turn that pond over to those individual owners. So, they're under 20 people, 10 people control. We lose control of them," Hart explained. "So, the enforcement of trying to do something on those ponds will be pretty tough. So, the city would need to change their current rules on how we do develop."

A local developer says one problem is that many of these retention ponds end up being owned my individuals after the development is done, which will make implementing policies difficult.

He suggests the cities change that, for example by requiring HOAs to own and maintain ponds pic.twitter.com/TCGj7xKuhh

Another issue brought up during Tuesday's meeting was how to protect children with autism from the dangers of retention ponds. Among the suggestions was from CEO of Making Strides for Autism Inc. Carrence Bass, who said the city should partner with local organizations that could provide specialized swim lessons right now for children with autism.

"Because it’s available and it’s out there. And that’s kind of like that quick fix, do it now that families can start getting access to that," Bass said. "It’s not just providing lessons to the children, provide it to the families."

The city is also in the works of a long-term solution, she said, Jacksonville Parks, Recreation and Community Services is preparing to implement swimming lessons for children on the spectrum and those with special needs. Wolfson Children's Hospital will be partnering with the city department to train the pool staff to provide the lessons.

She understands the benefits, as her 14-year-old son with autism, Ethan, went through specialized swim lessons at Johnson Family YMCA years ago.

Duval County Public Schools Superintendent Dr. Diana Greene was also at th meeting. She suggested that parents could help by coming up with an emergency plan for their children. This includes letting neighbors know their children should never be outside alone.

Councilmember Pittman also liked the suggestion to create a database identifying where children with autism live around Jacksonville.

Superintendent Greene says she encourages families with autistic children to make an emergency plan. She adds that it starts with getting neighbors involved — make sure they know who their child is so they know they should not be wandering alone.