It could be another three years before a ribbon-cutting takes place. 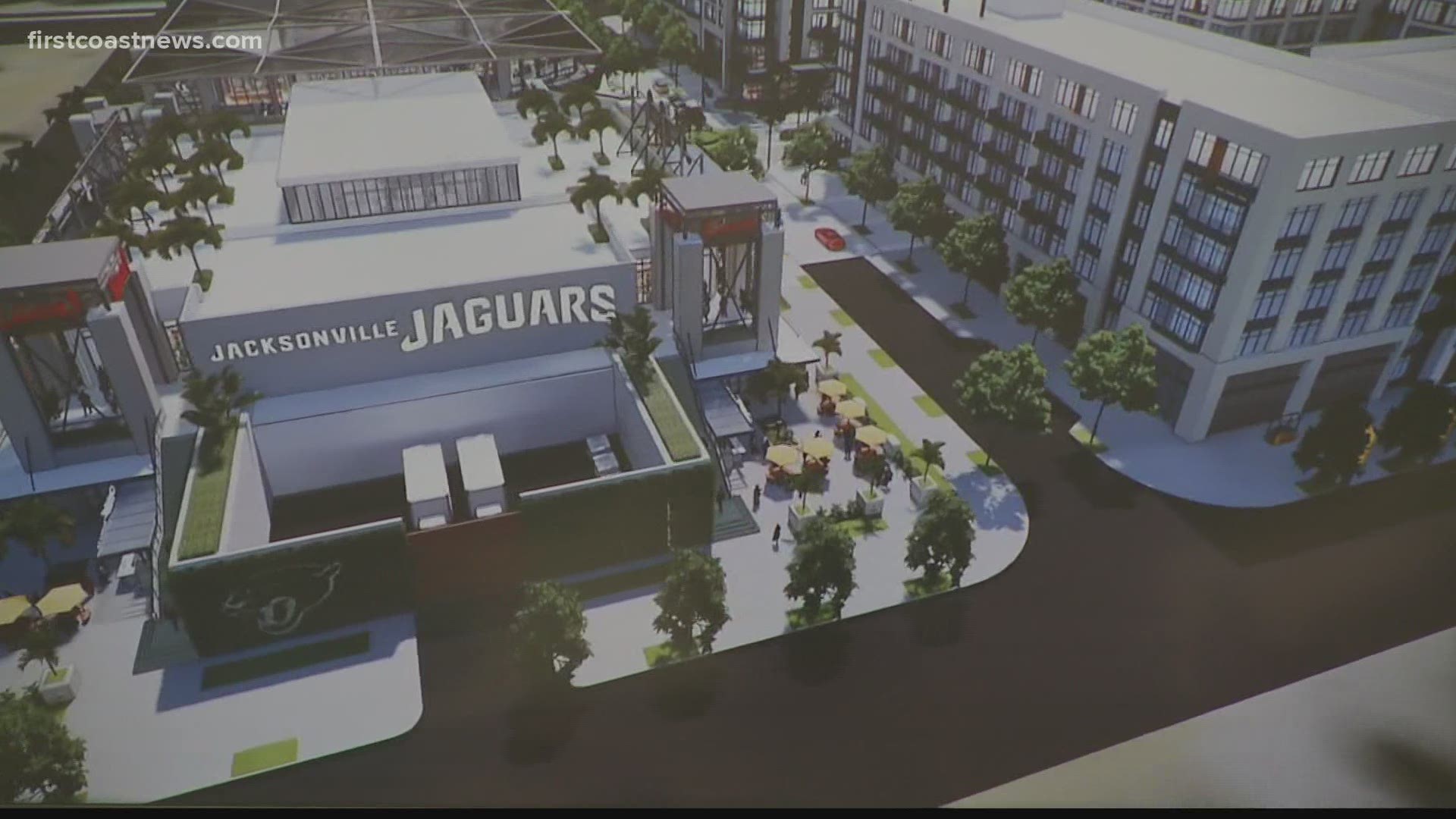 JACKSONVILLE, Fla — The City of Jacksonville and Jaguars' owner Shad Khan have reached an agreement regarding the development of Lot J in Downtown Jacksonville, Mayor Lenny Curry announced Monday.

"Shad Khan, Mark Lamping and the entire [Jaguars] team are committed to Jacksonville," Curry said. "Downtown they has been home for 26 seasons and this deal demonstrates that."

He also anticipates the area will rack in about $100 million a year for Jacksonville and $2 billion in direct and indirect salaries over 40 years.

“This project was designed with Jacksonville residents at the top of mind," Curry said.

As part of the deal, the city will provide $152.7 million in city funding, along with a loan of $62.5 million to be paid back by the developer.

In return for the public investment, the city will own the "Live! District" entertainment complex, along with all the parking spaces and infrastructure on the project site.

When asked whether a second Jaguars home game in London is still on the table, Khan said the deal with the NFL to play in London expired this year. But he said playing in London in the future is still a possibility.

"We'll see where we are, but at this point there's nothing planned," Khan said. "I think I want to pursue whatever keeps football viable and important in Jacksonville."

Mark Lamping, president of the Jaguars, said the hope is that the project could break ground early in 2021, depending on the approval process, which includes getting the green light from the Jacksonville City Council.

Once ground is broken, Lamping said he estimates a three-year construction process, meaning it could be finished by 2024.

Lots to go over, expected $152.7 million in public investment in project.

Below are the terms for Lot J. If you are having issues reading the document, click here.