JACKSONVILLE, Fla. — More action is being taken against the Jacksonville fragrance factory accused of releasing a 'sickening' odor.

The city of Jacksonville issued a cease-and-desist order against International Flavors and Fragrances on Lane Avenue in December.

First Coast News is waiting on the company's comment on the cease-and-desist order.

In the past, company officials have denied any connection between their factory and the odor, saying it was "highly improbable from IFF could be responsible for the complaints there."

Read more from IFF's side here. 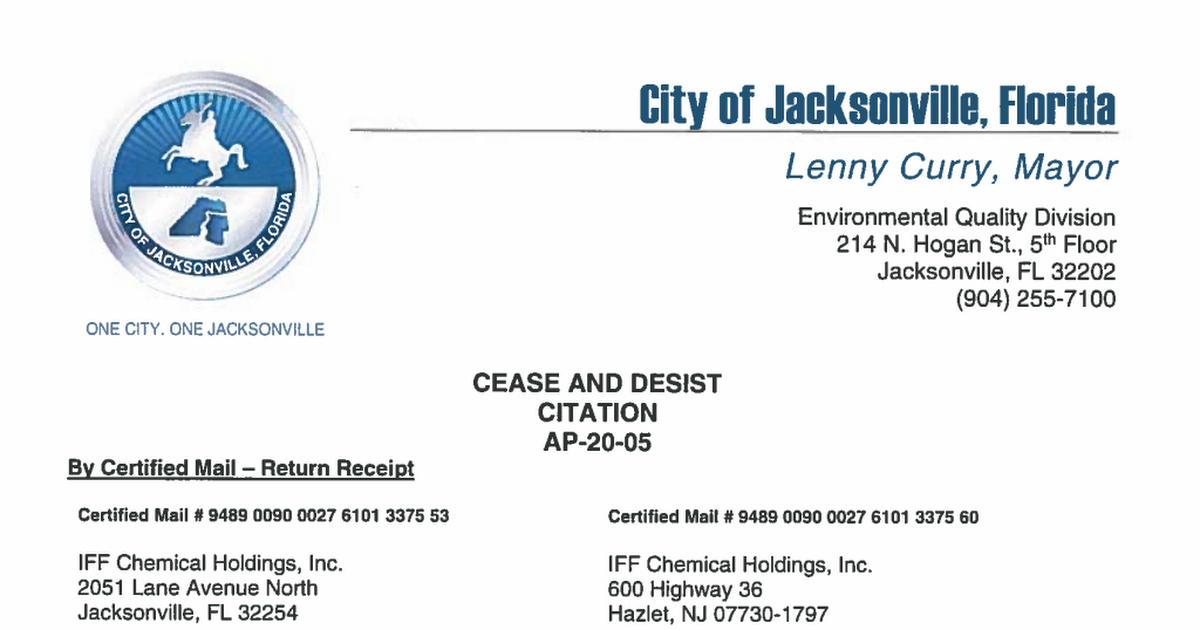 Cease and Desist Letter from COJ to IFF