People say the smell is often so strong it "hits you in the face" and some are nauseated by it. City officials want you to file a report every time you smell it. 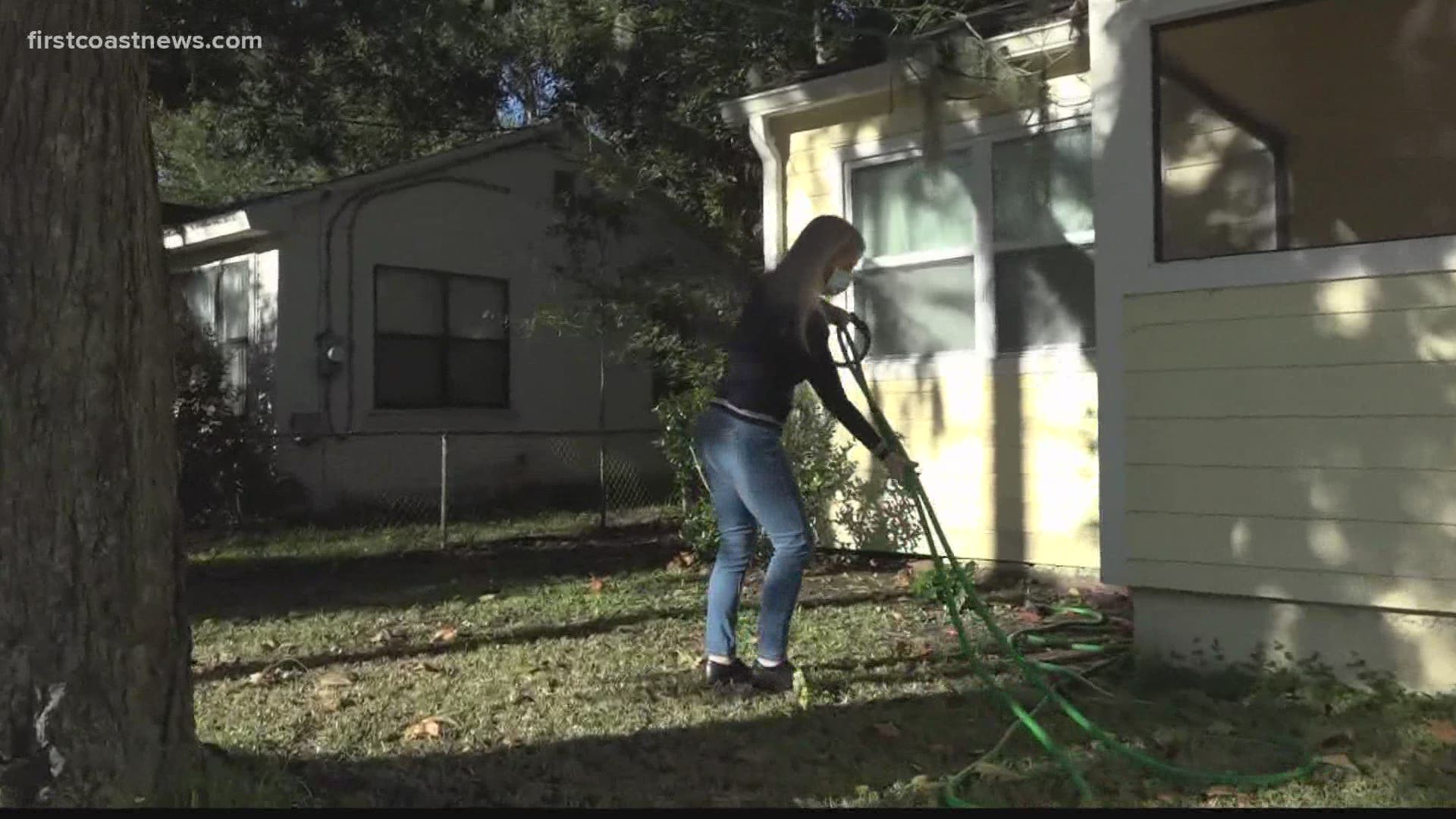 JACKSONVILLE, Fla — If you live in or around the Murray Hill area you may have gotten used to stepping outside and smelling something strange.

People describe it as a chemical-like smell so strong it "hits you in the face" and some are nauseated by it. Now complaints are pouring in to the city and city officials want you to file one every time you smell it.

Many people believe the odor is coming from the International Flavors and Fragrances facility on Lane Avenue. That is where the chief of Jacksonville's environmental quality division said in a virtual town hall Thursday evening she would have inspectors ready to go Friday morning if there was a complaint.

"It's so toxic smelling you just get sick," said Jordan Eaker, who says she feels nauseated by the smell in her Murray Hill neighborhood.

Eaker, like others, has smelled the odor for months but believes it may have gotten stronger.

"Some of my neighbors have talked about getting headaches," said Kevin Wyatt.

"I started tracking data on when I was getting the smell," said Amy Roberts.

The smell is described a lot of ways.

"Cleaner but it almost has licorice," said Roberts.

But where people across Murray Hill as well as parts of Riverside and Avondale agree: they want it gone.

"Sometimes it's so strong you just have to go back inside," said Shea Smith.

"I rode my bike out to Ortega just so I could go for a jog out there," Wyatt said.

"I would like for it to be tested," said Eaker. "I want to see what's really going on. How serious is this?"

The city received 33 complaints by noon Thursday, according to Director of Public Affairs Nikki Kimbleton. She tells First Coast News two inspectors were at IFF that morning to investigate.

IFF is a global fragrance company. On their website it says they "use by-products from the paper-making process to make ingredients" for fragrances, fabric care, and personal and home products.

No one from the company responded to First Coast News' interview requests. Kimbleton said Environmental Quality Division Chief Melissa Long was not available for an interview Thursday, but Long addressed multiple concerns in a virtual town hall held by Councilwoman Randy DeFoor that night.

Long says IFF is pushing back and that the company does not think the smell is coming from their facility. She says residents need to report the odor every time they smell it. Do not make the report anonymous because her department is required to contact you.

Long says the city has gotten complaints over the years, but that something appears to have changed and they want to get to the bottom of it. The topic gained much traction this week on social media like Facebook and Reddit, where people encouraged others to file complaints.

Long says they are required to have five verified and validated complaints from separate households within 90 days for corrective action to be able to be taken. During the meeting Councilwoman DeFoor said she wanted Long to get inspectors out to IFF in the morning to avoid any delay, a problem they were running into because the smell would be gone by the time the inspectors responded. Long says they are required to respond within four hours.

Each of the people First Coast News interviewed has filed a complaint and some say they heard back from the city right away. The Murray Hill Preservation Association has also been helping residents connect with the city to try to get answers. President Meghan Kopitke encourages you to reach out to them or to your city council member if you need help.

ON #GMJ: Have you been smelling the chemical-like odor around Murray Hill stronger lately? It's become a hot topic & now...

RELATED: Mom has warning for other parents after alleged suspicious behavior at Jacksonville Zoo

RELATED: Facing eviction? A tenant rights attorney breaks down what you should do