Wilson says they can't charge anyone with a crime, but they want to find out how JEA got to this point and who all was involved. 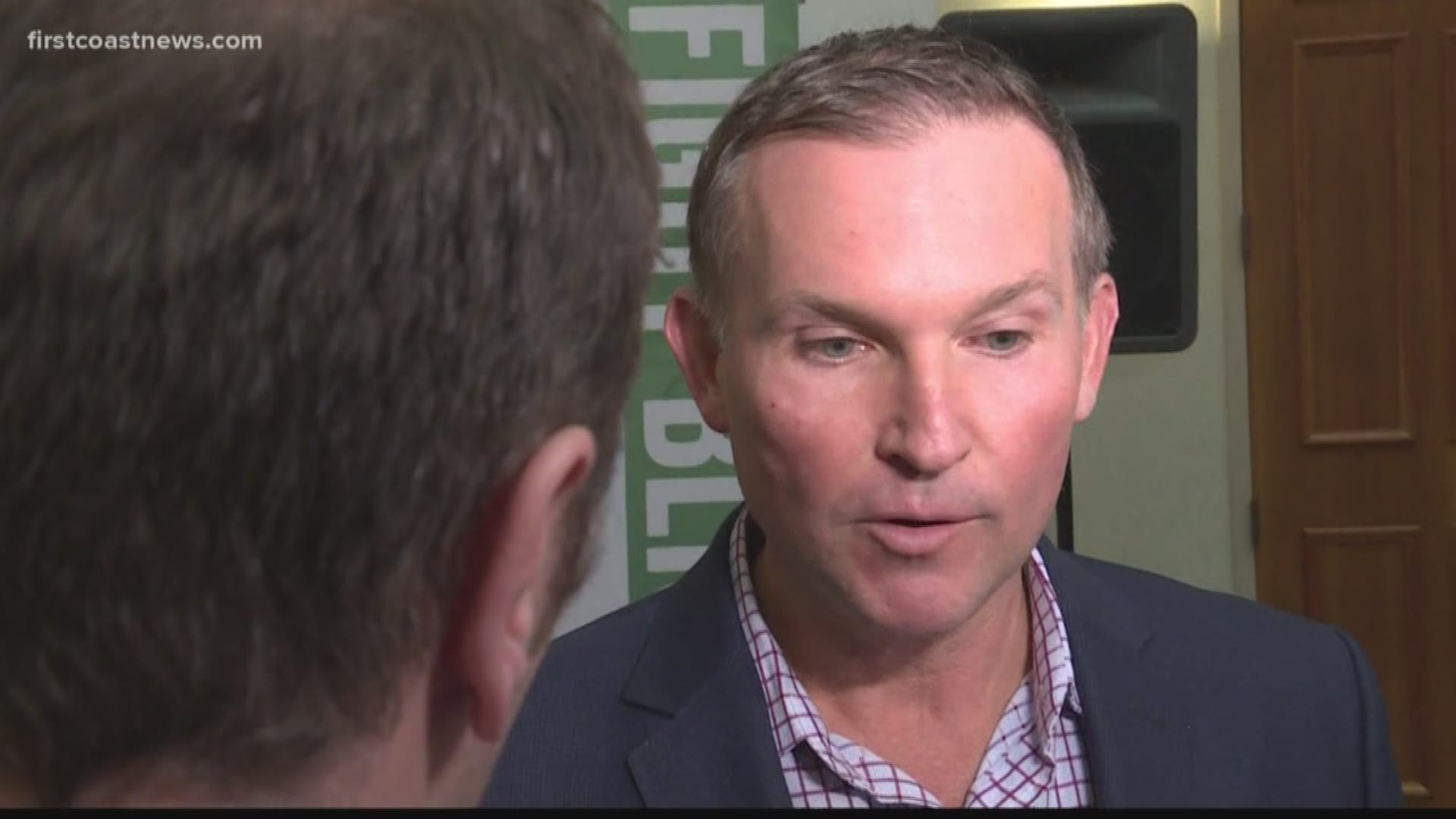 JACKSONVILLE, Fla. — City Council President Scott Wilson confirmed Tuesday he is still pursuing an investigation into JEA by the Jacksonville City Council, despite the FBI taking on the investigation efforts from the State Attorney's Office, which Wilson says he also supports.

"It’s my decision as to whether to begin that process," Wilson said. "We are working on the charge now, so I intend on doing it."

Wilson is working with the Office of General Counsel to issue a “charge” to begin the investigation. He says they will be able to subpoena documents, as well as people to testify before the council. It's a process that is no stranger to JEA, as many may recall former CEO Paul McElroy being subpoenaed to appear the council last year.

Wilson says they can't charge anyone with a crime, but they want to find out how JEA got to this point and who all was involved.

"People want to know where the $10 million was spent to get here," he said.

At the City Council meeting, JEA was the main topic for the majority of the night.

Councilman Danny Becton introduced emergency legislation to take out a section of JEA employees’ contracts that was added on July 23, 2019, when the Invitation to negotiate the bidding process was made public.

"The only thing I’m asking to be removed is the year's worth of salary that everyone would get in a recapitalization, and that doesn't just mean privatization, that could mean the co-op option or the IPO option," Becton said.

City Council did not pass it as an emergency but instead passed it on to committees for review. Several council members spoke up saying it was necessary for an emergency, and they didn't want any "unintended consequences" since it involved all JEA employees.

Last week, City Ethics Director Carla Miller and JEA Board Chair April Green sent a letter to JEA's Senior Leadership Team asking if they would voluntarily forfeit the added benefits given to them in case JEA was sold in the ITN bidding process or if it was somehow merged. The request in their letter is similar to Becton’s emergency legislation, however, it only deals with JEA senior leadership.

The letter asks the senior leadership team to give up their new benefits, which include: $850 car allowance per month, entertainment allowance (i.e. dinner) of $750-1600 per month, 20-week pay plus benefits after termination, and the guarantee that they can be consultants after employment so their pay and benefits can extend an extra 3-6 months.

They were given until 12 p.m. on Friday, January 17th to respond to the letter.

Miller made it clear that the letter was not a "legal letter", but rather an "ethics letter", and it's not something they would be forced to do.

Her letter was presented to the city council Tuesday night. Council members were supportive of the letter but also surprised over the added allowances that were given to the senior leadership team.

City Council spent a substantive amount of time debating an amendment to Resolution 2019-894. The amendment would reimburse all media for public record requests made to JEA from January of 2018 through the present day.

Some council members argued there should be a cap on such reimbursement to the media. A maximum refund of $500,000 was discussed for about twenty minutes, but ultimately the amendment was entered into the resolution with no cap added.

On Tuesday afternoon, First Coast News asked Mayor Lenny Curry for his response to the Federal Investigation. He said his office was ready to help if needed.

"I've always said that I'm supportive of law enforcement and their efforts. Look, I know what you guys know, and what I have seen on television and what I have read in print, so if they ask for our help, myself and anyone in my administration, we stand ready to assist," said Curry.

In response, the Mayor was asked if he was surprised that the investigation by a federal agency came so quickly.

"I don't really have a thought on it. Again, I am learning what I'm learning through you guys, so again, if they ask for our assistance and need it, we stand ready to help," Curry said.

When asked if he was concerned that a federal investigation could look into the influence of the mayor's office on JEA, Mayor Curry said all he knew about the investigation so far was from what was being reported in the media and that his office was ready to help if they were called on to do so.