If passed, it would impose a $100 fine or 10 hours of community service to anyone caught with 20 grams or less of marijuana instead of jail time. 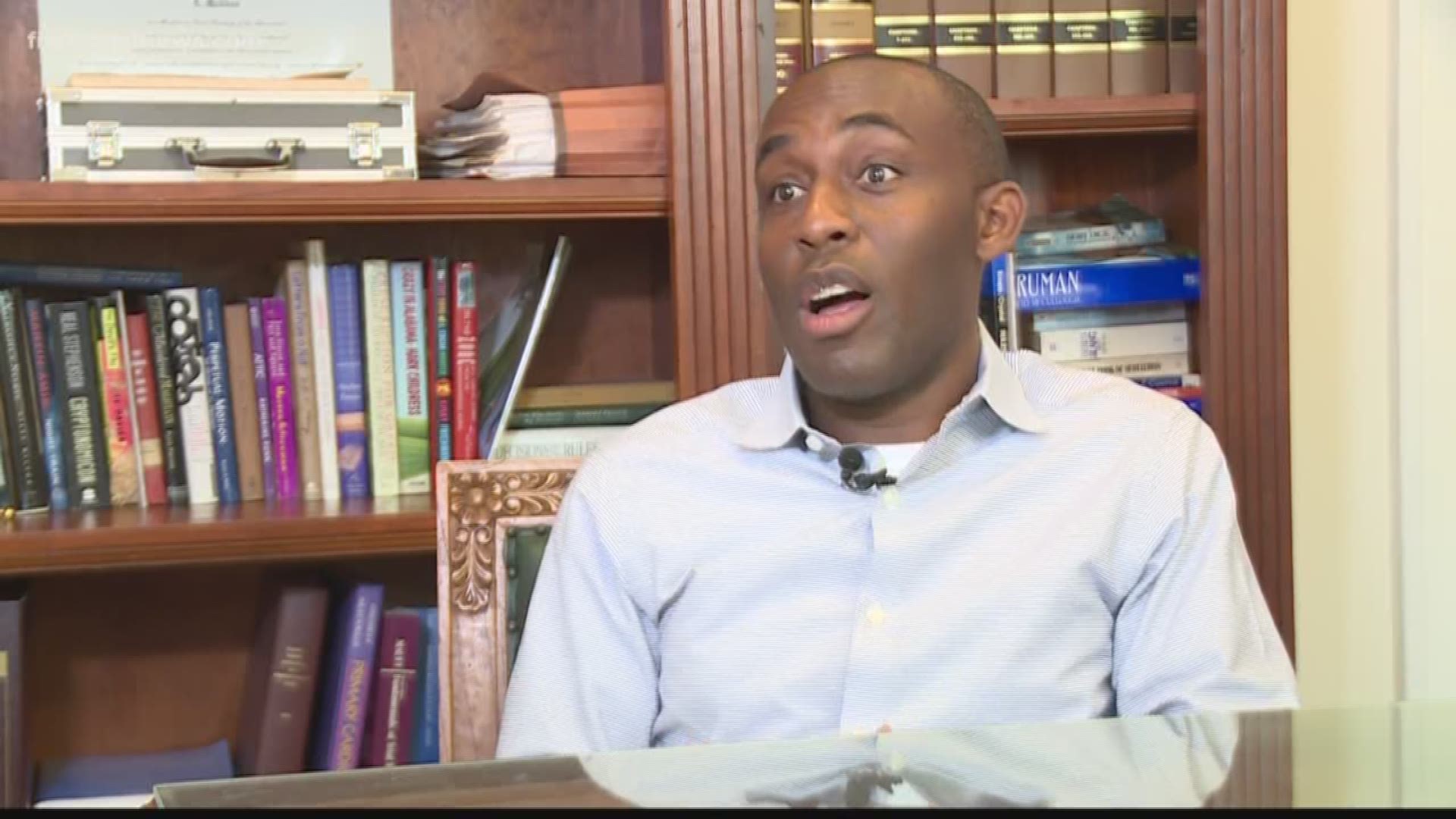 A Jacksonville City Council Member is filing a bill on Thursday that would decriminalize marijuana in Jacksonville, Fla.

If passed, the bill titled "Jacksonville Civil Citation for Small Quantity Marijuana Possession Ordinance would impose a $100 fine to anyone caught with 20 grams or less of marijuana instead of jail time. The person could also opt out of the fine by choosing to complete 10 hours of community service.

"Our officers’ focus should be on violent crimes, and although illegal, possessing 20 grams or less of marijuana should not be life-altering," said District 9's Garrett Dennis, the author of the bill. "Civil citations would be [the] first step in minimalizing arrests, but still holding the individual accountable.”

The bill will only apply to the City of Jacksonville. It also states that "no person may receive more than three civil citations."

"During my reelection campaign, I spoke to many citizens whose lives were thrown into a downward spiral due to possessing minimal amounts of marijuana. Families were in debt because of legal issues, loss of employment or the inability to secure gainful employment; based on these misdemeanor arrests. Further, having an option to issue a civil citation would essentially support legislation coming out of Tallahassee, and ultimately assist with the overcrowding of our jails and court system."

If a person fails to pay the fine or complete community service, they could face a new fine of $500, according to the bill. A person can also contest the fine in court, but can face a new fine of up to $500 if the judge determines a violation did occur, the bill states.

“Legalizing drugs and encouraging law enforcement to ignore state and federal law seems contradictory to ensuring our city is safer.

Over the course of many years, Florida had a thoughtful dialogue on certain changes to law allowing new medicinal uses. Policymakers continue to grapple with the implications of those changes with a focus on public safety and patient health.

At this time, we have one bill filed by one City Council member. Consistent with how Mayor Curry reacts to City Council legislation, he looks forward to hearing from the community, from criminal justice and law enforcement experts and the remainder of the Council. If such legislation is passed, he will consider what action is best for the people of Jacksonville.”

Read the ordinance below: 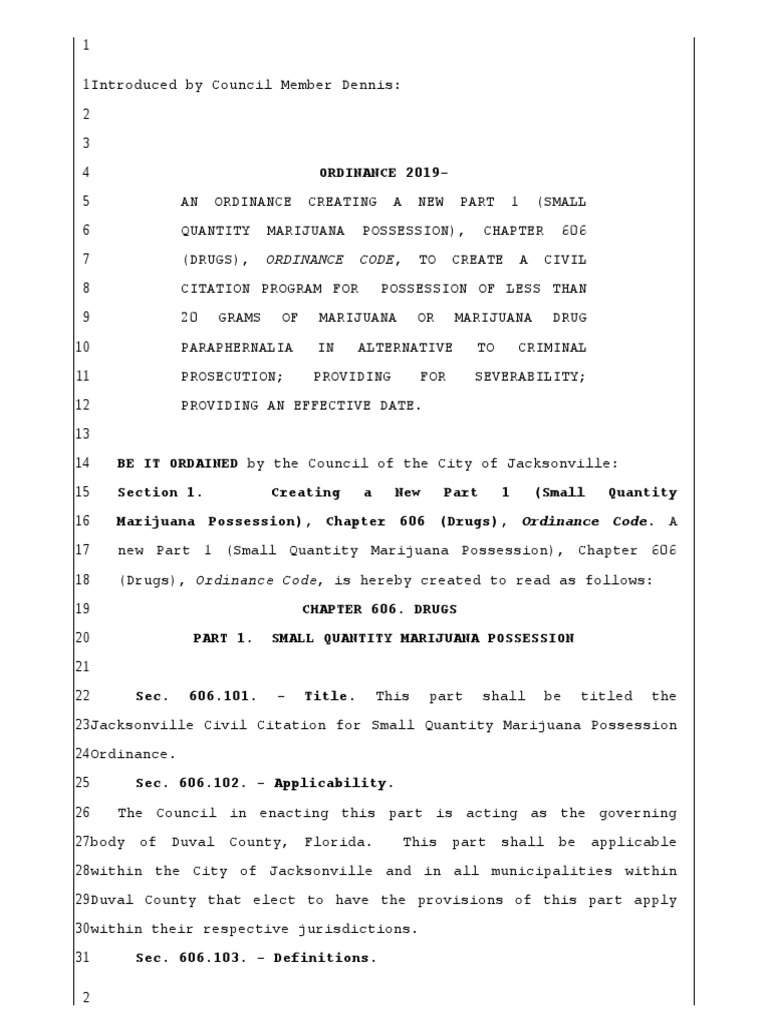 City Council member Garrett Dennis medical marijuana
If passed, it would impose a $100 fine or 10 hours of community service to anyone caught with 20 grams or less of marijuana instead of jail time.