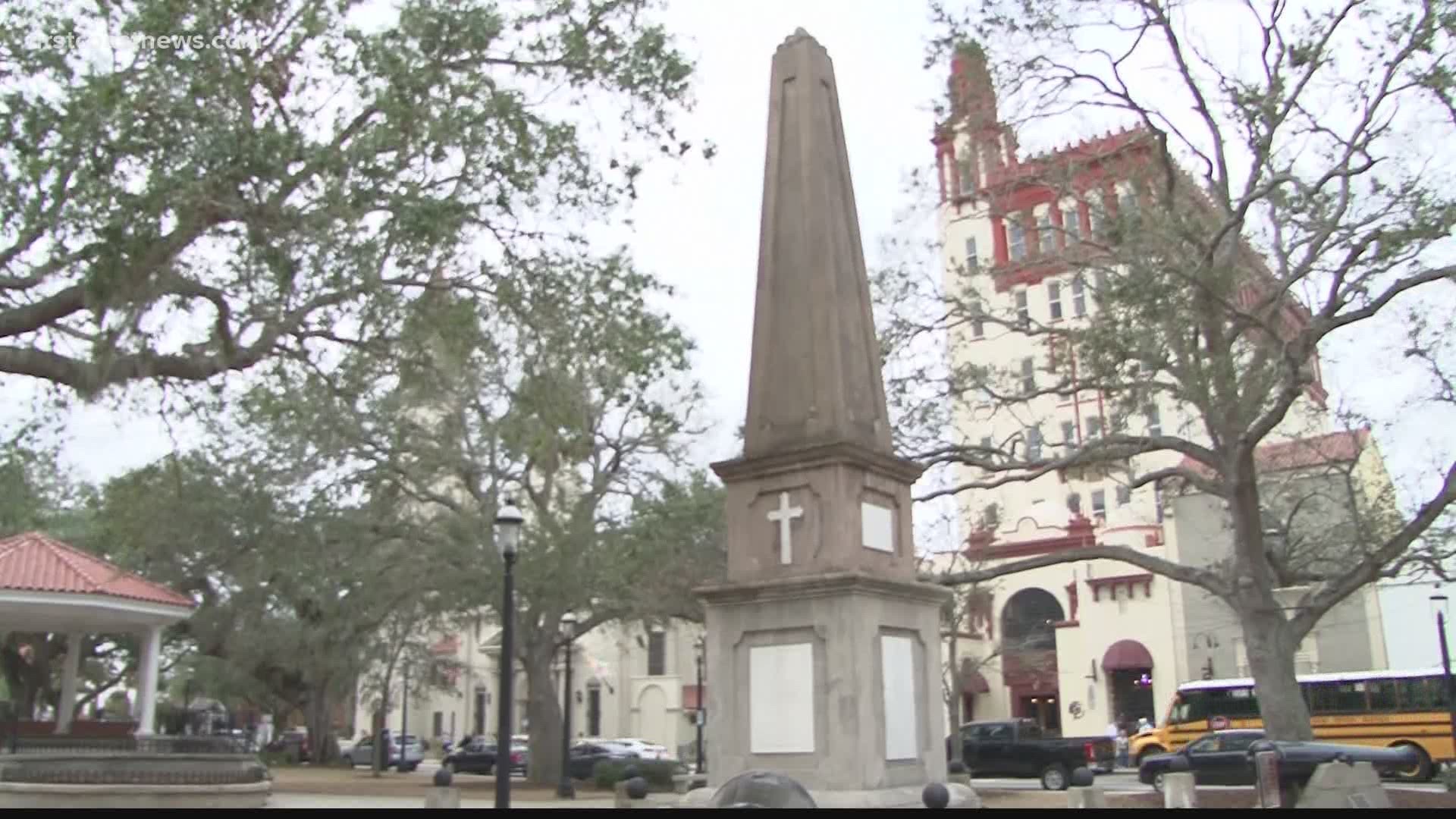 ST. JOHNS COUNTY, Fla. — The confederate monument on the City of St. Augustine's land will be moved to the Trout Creek Fish Camp.

The City Commission voted 3-2 Monday night to accept the offer from Randy Ringhaver, the owner of Trout Creek Fish Camp. He’s offered to build a park around the memorial if it is moved to his property.

The marina is just off of St. Road 13 in western St. Johns County. It's a place to get a snack, some gas and a warm welcome from clerk Tammy Bessette who grew up down the road.

"It’s going to be well maintained," she said about the monument, "and it’s going to be where everybody could see it. We have a gate here at night so it won’t be disturbed."

The property extends for many acres along the highway, with a lush tree canopy, but the word from people who work at the marina is that the monument would be placed near the creek and marina.

"That’s a nice gesture of Mr. Ringhaver" Bill Dudley with the Veterans Council of St. Johns County said, but he doesn't want the memorial to be moved.

Dudley is part of a lawsuit against the City of St. Augustine. He and his co-plaintiffs filed an appeal Friday to keep the memorial in its current location, in the downtown plaza. The proposed site is about a 30-minute drive.

"We feel moving it that far out of the center of St. Augustine -- we feel it would not be in a place of prominence for this particular monument that honors these 40-plus veterans’ names that appear on this memorial," Dudley said.

Jill Pacetti is a descendent of one of those confederate veterans. She told First Coast News Monday afternoon that while the proposed site used to belong to her family, she wants to know if she and others would be allowed to go to the memorial when they’d want to. Pacetti is also worried the structure itself is too delicate to move.

While privately owned, Trout Creek is open to the public.