He announced he is running for Florida governor in a Twitter video Tuesday morning. 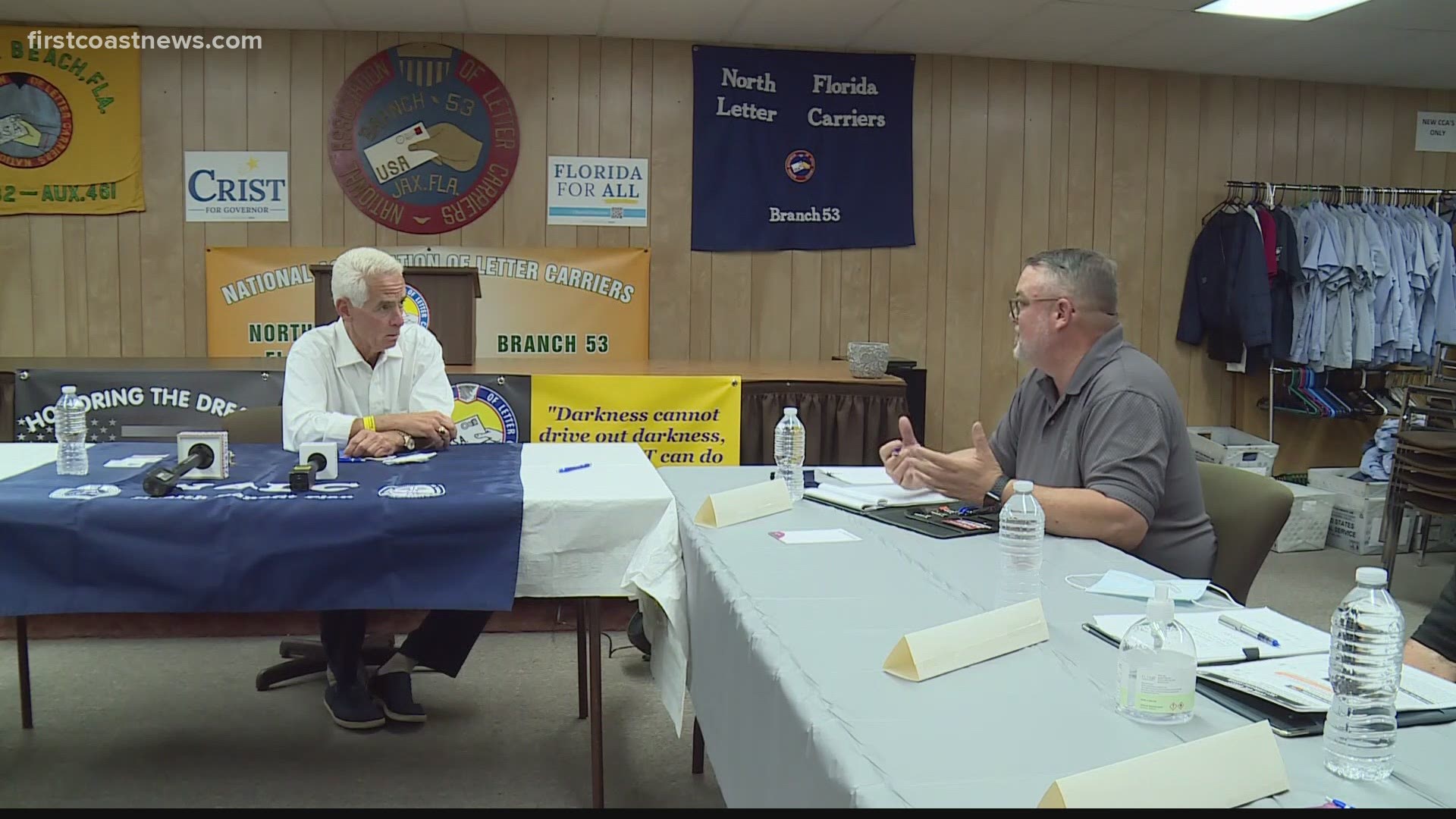 Crist had a roundtable with union leaders before heading to lunch with Black elected officials, faith leaders and business owners at The Potter's House.

He announced he is running for Florida governor in a Twitter video Tuesday morning, followed by a formal announcement at a news conference in St. Petersburg.

The former Florida attorney general and governor is now the first major Democratic candidate to officially announce a run for governor against incumbent Republican Gov. Ron DeSantis in 2022.

"Florida should be a place where hard work is rewarded, justice is equal, and opportunity is right in front of you," Crist tweeted. "That's a Florida for all — and that's why I'm running for Governor."

Though the first to launch his campaign, Crist will likely face competition from fellow Democrats. According to Politico, Democratic insiders are buzzing about possible gubernatorial campaigns from U.S. Rep. Val Demmings (D-Orlando), as well as Agriculture Commissioner Nikki Fried, the only state-level elected Democrat in Florida.

Crist was Florida's governor from 2007 to 2011, but was elected to office as a Republican. As a Republican, Crist served as a state senator, education commissioner, attorney general and governor, before leaving the party in 2010 rather than lose a GOP primary against now Sen. Marco Rubio.

Crist reinvented himself as a Democrat in 2014, winning the gubernatorial nomination but ultimately losing the race to incumbent Rick Scott. In 2016, he won the U.S. House of Representatives seat for FL-13, a seat he has occupied since.

Thursday at the roundtable at the North Florida Letter Carriers facility, Crist had all opening ears listening to the community’s wants and needs. Crist says Floridians deserve a governor who treats everyone equally.

“I’m running for governor because the people have a choice. would you like to have somebody by your side if you’re a senior and want to vote by mail or somebody who is not on your side," said Crist.

One topic, new voting restrictions signed into law today by Governor DeSantis. Jim Thigpenn, executive vice president of the national association of letter carriers, believes that the bill will be an issue.

Crist rolled out what will be some key talking points in his campaign.

“It’s important to keep taxes low fight for people, keep people safe, distribute vaccines fairly with this pandemic and make sure that we all get through it safely," said Crist.