The La Plata rally attracted more than 100 people who want local government to allow businesses to open their doors before May 29. 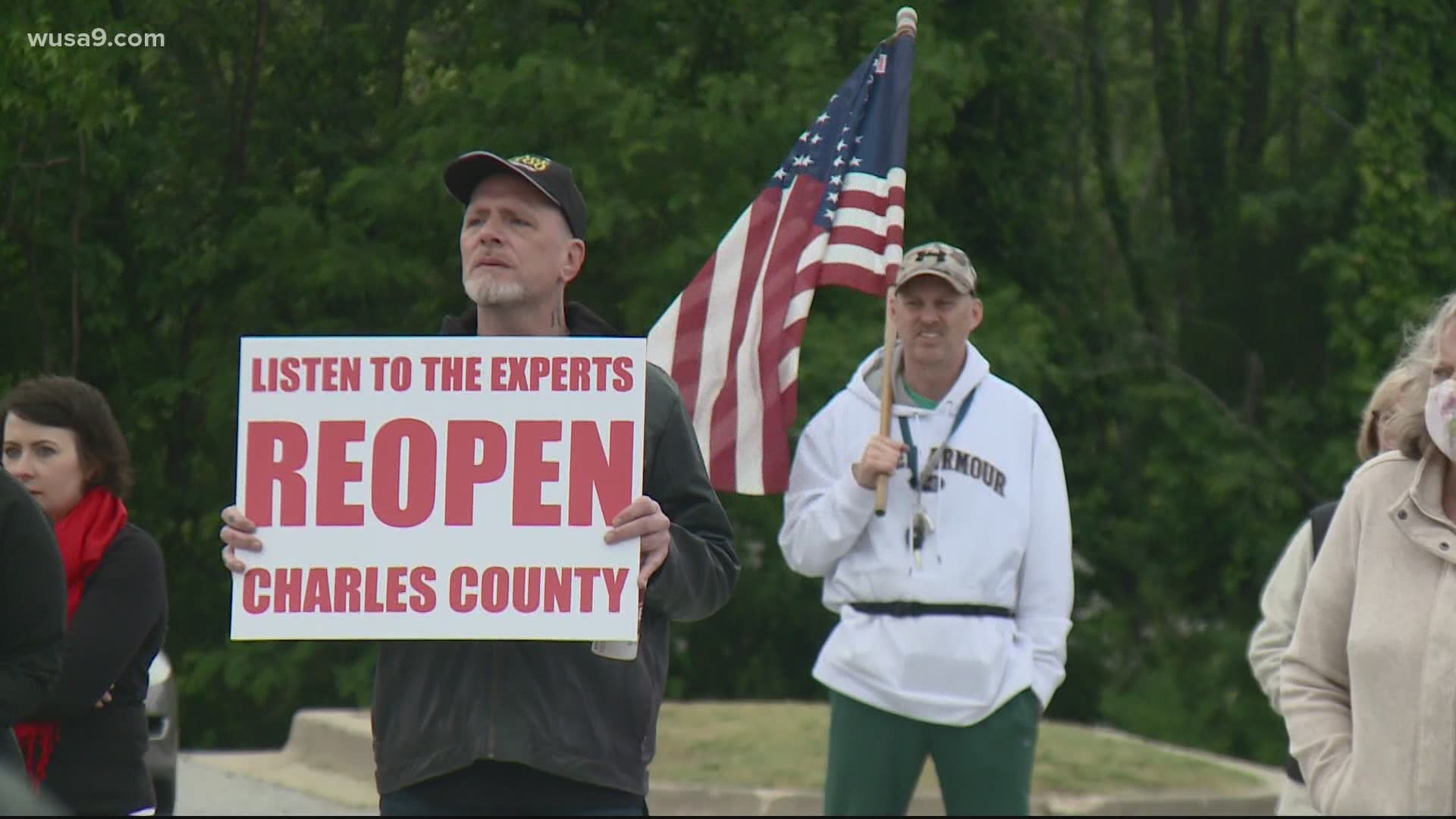 LA PLATA, Md. — Some Charles County residents gathered for another rally to push for the reopening of local businesses in the area. More than 100 people showed up to the Charles County Government Center in La Plata for the event Wednesday.

Several business owners and a local politician spoke to the crowd.

Auth owns a tattoo shop in White Plains named "All About the Ink". He said he believes it is time for the county to reopen local businesses.

"I closed my shop before everybody else did," he said. "I took my children out of school a week before they told us we should because I was terrified. I'm not scared anymore."

Maryland Gov. Larry Hogan gave the state's counties the right to decide when they could reopen their businesses last week.

RELATED: Montgomery County is still not ready to reopen yet, officials say

The Charles County Board of Commissioners split its vote 3 to 2 not to enter phase one of Maryland's reopening plan until May 29.

"Making it necessary for the sheriff's office to be contacted," he said.

The organizer of Wednesday's rally, Ali Rak, said she does not condone intimidation.

"We do distance ourselves from that tactic, which is why we're rallying in public," she said.

However, she added she is still worried Charles County will not reopen some of its businesses on May 29 as promised.

"If they can put it off once, can they put it off again?" she said. "When will the risk be low enough that we're all comfortable to get back to normalcy?"

Auth said he is considering defying the county's stay-at-home order if his business is not allowed to reopen when others can.

He says people do not have to go outside if they do not want to. 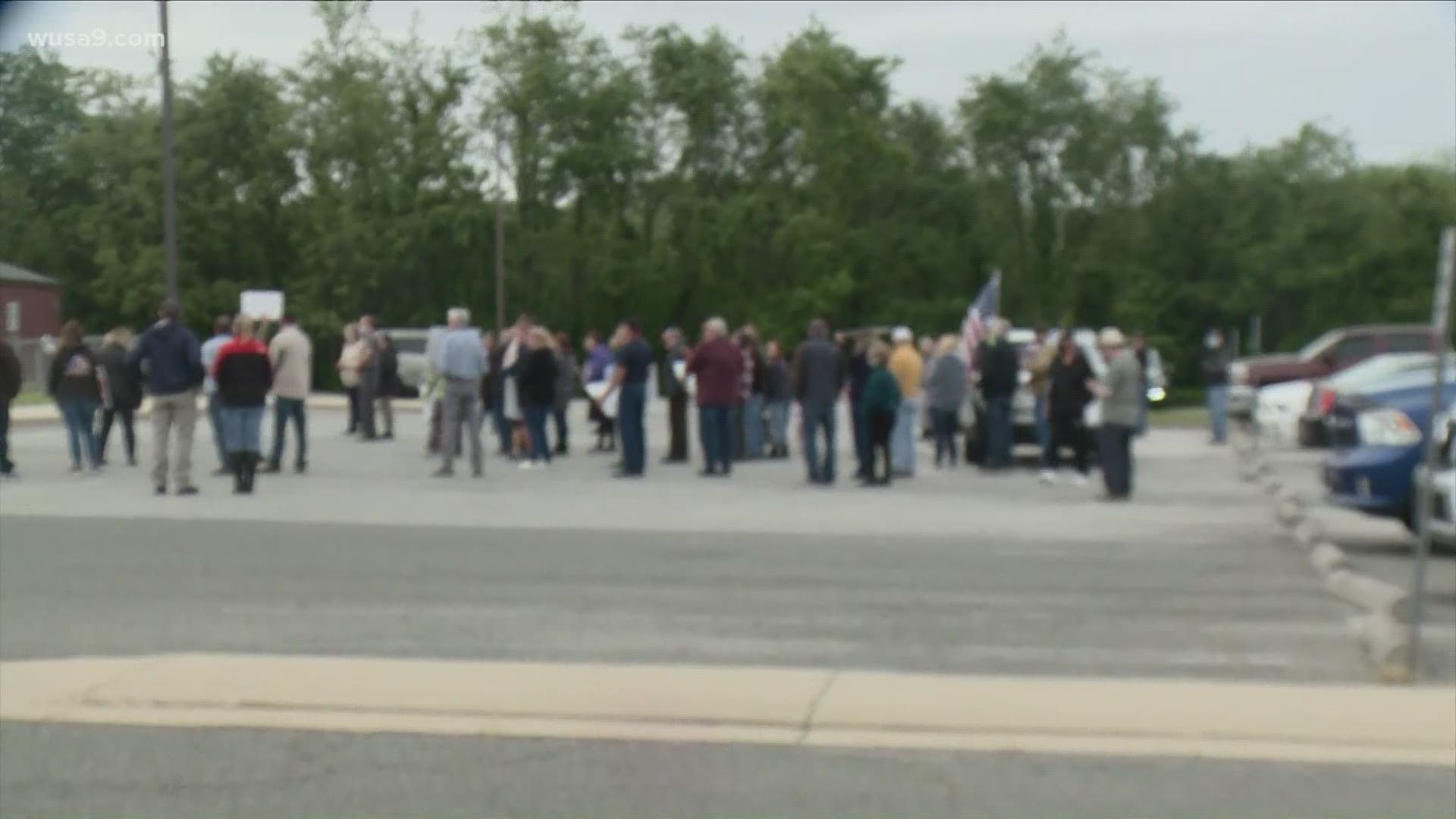