Fifty-eight of the 79 people arrested during the first weekend of BLM protests have not been charged after the State Attorney chose not to prosecute them. 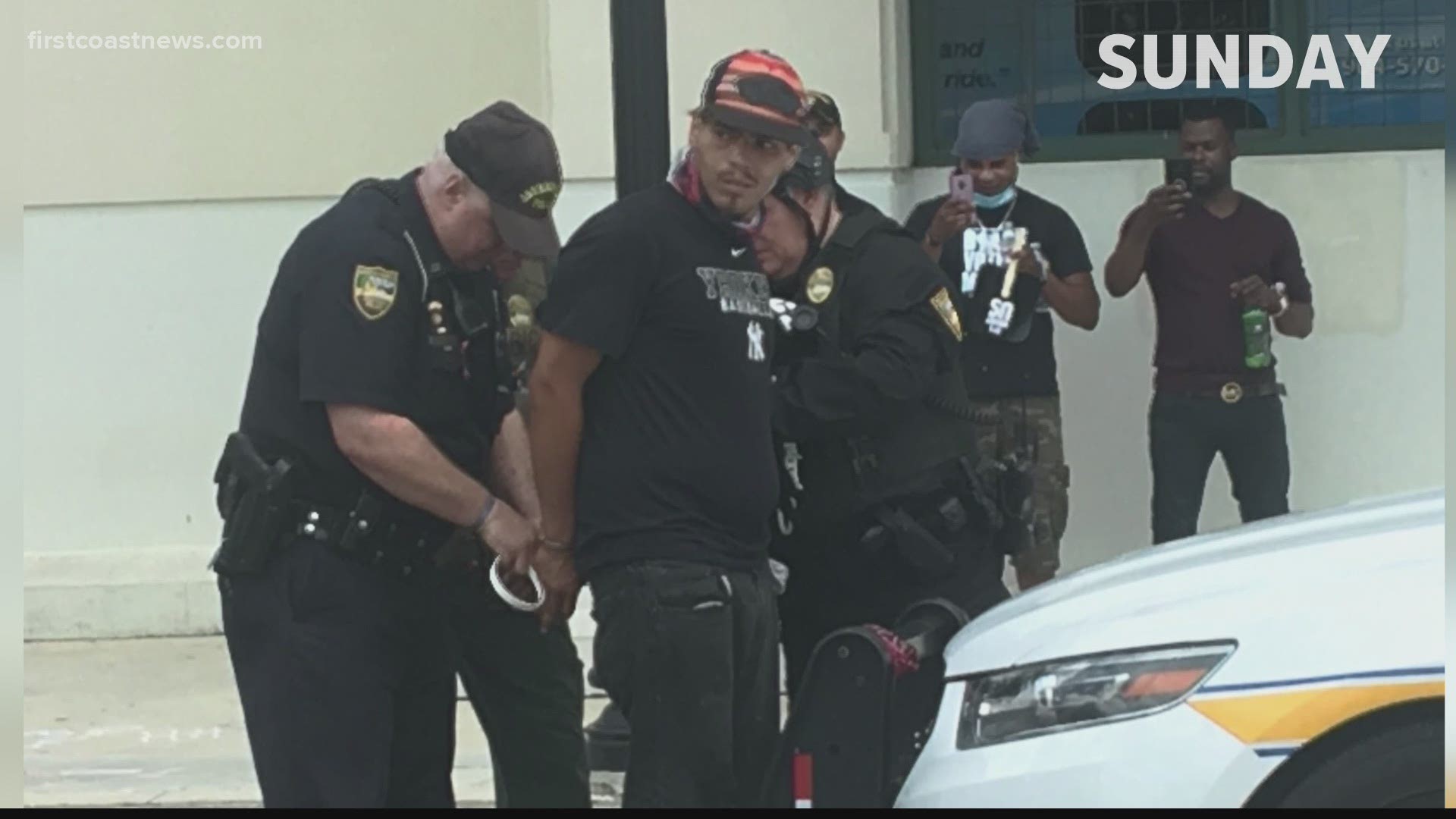 JACKSONVILLE, Fla — The State Attorney’s Office declined to file charges against 15 of the 25 protesters arrested during the city’s first day of Black Lives Matter protest following the death of George Floyd.

The decision comes a month after the agency declined to file charges against 43 of 54 (including one juvenile) arrested on the second day of protests.

The arrests of May 30 and May 31 have been a source of controversy and even a federal lawsuit, with many of those arrested saying they were peacefully protesting when they were taken into custody by the Jacksonville Sheriff’s Office. Videos of some arrests appear to confirm that, and reporters – including at First Coast News – personally witnessed the arrest of otherwise peaceful protesters.

The first day of protests, on May 30, did include some violence. Police officers were injured, and a patrol car was set on fire. Tear gas was deployed and the following day a curfew was imposed. There were also several videos on social media showing forceful and even violent takedowns of protesters by police.

On May 31, after a few hours of protests, police ordered the crowd to disperse and began arresting people. Most were charged with unlawful assembly or resisting an officer without violence.

The State Attorney’s Office reviewed the videos from both days and determined “there is not a reasonable possibility of conviction” in those cases.

First Coast News reached out to JSO for comment.