Charges could be brought in case of jogger shot, killed in Brunswick

It has been more than two months since Ahmaud Arbery was shot while jogging down a road in the Satilla Shores neighborhood. 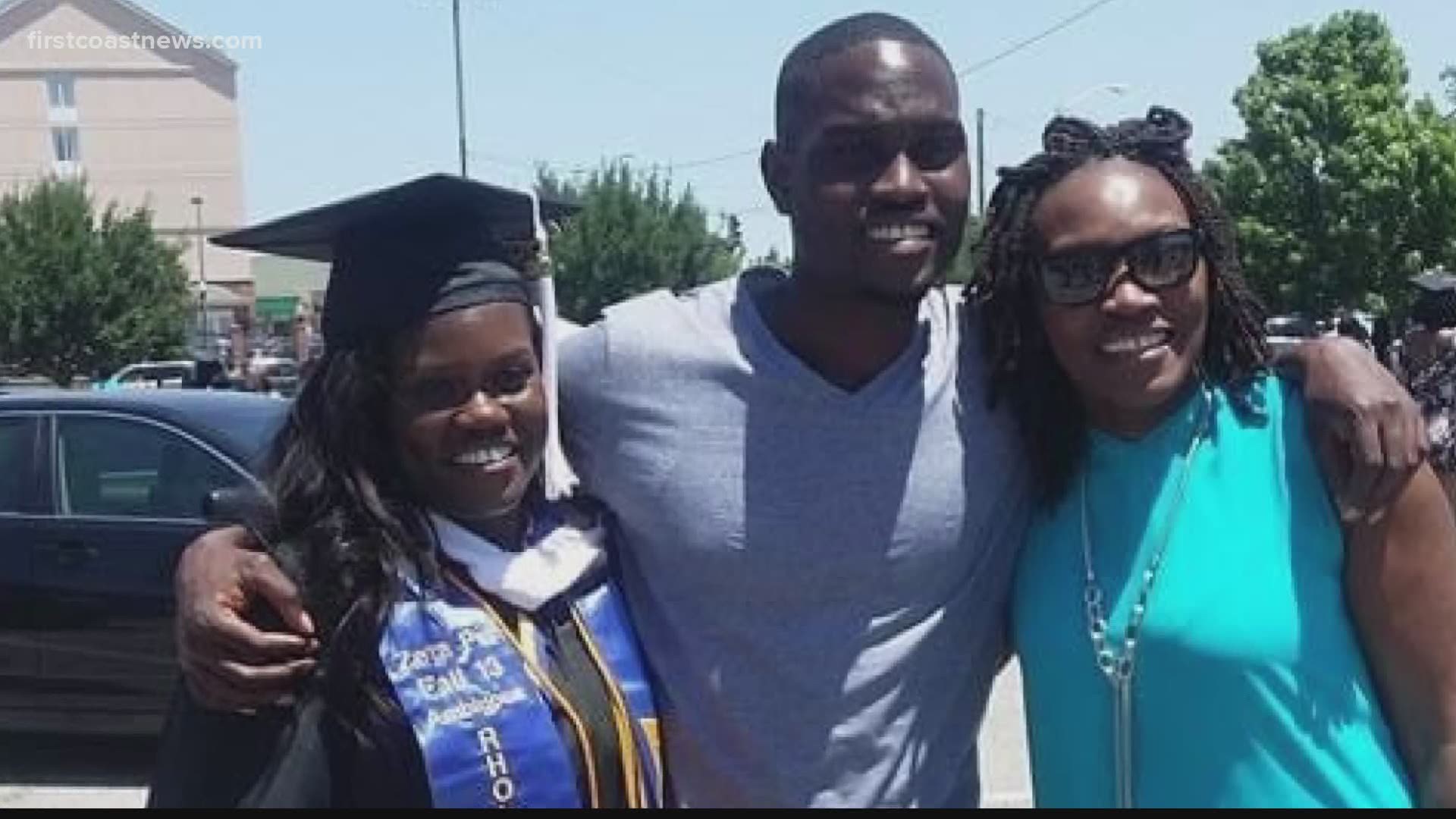 JACKSONVILLE, Fla. — The case of an unarmed black jogger shot by two white men in Brunswick, Georgia, brought out protesters Tuesday even as word came there is a possibility that charges, finally, could be brought.

It has been more than two months since Ahmaud Arbery was shot while jogging down a road in the Satilla Shores neighborhood. The case is now in the hands of its third district attorney, Tom Durden of Hinesville.

An attorney for Arbery's family said Tuesday Durden plans to take it to a grand jury, which could decide to bring charges against Greg McMichael and his son, Travis McMichael.

Police say those men told them they chased and confronted Arbery on Feb. 23, believing he had been stealing from a nearby house that was still under construction. A police report shows the men said Travis McMichael got out of their truck with a shotgun, struggled with Arbery and fired two shots, killing Arbery.

Originally, Brunswick prosecutor Jackie Johnson recused herself from the case to avoid a conflict of interest. Greg McMichael had worked for the district attorney's office as an investigator.

The case was then passed off to Ware County prosecutor George E Barnhill. He wrote a letter to Glynn County Police, saying he believed the shooting was justified under self-defense and citizen’s arrest laws in Georgia. 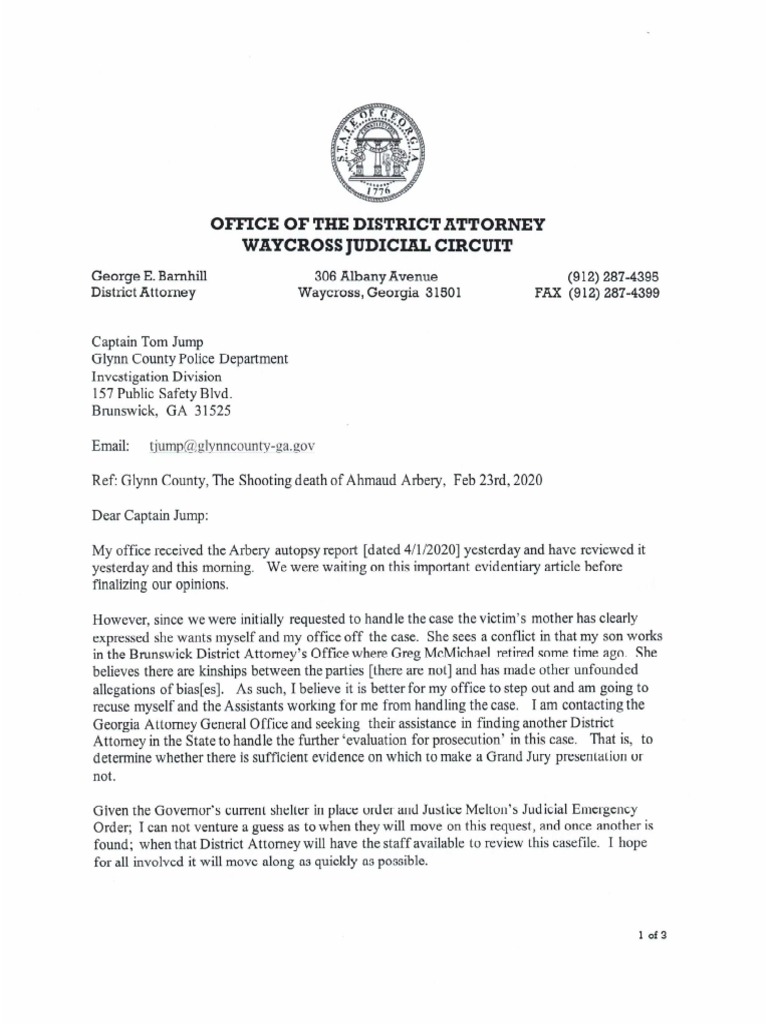 In the letter, Barnhill says Arbery’s mother also saw another point of conflict because Barnhill’s son worked in the same office Greg McMichael had retired from.

That's how it ended up with Durden.

John Perry, president of the NAACP Chapter of Brunswick, is suggesting any trial be held somewhere else, possibly Atlanta.

“It’s our hopes this is tried outside of this area so we don’t get a jury that’s partial in any kind of way,” Perry said.

Arbery's friends and family created a memorial to him at the site of the shooting, and that's where protesters marched Tuesday evening, each of them chanting 'I run with Maud."

"We decided to do something positive for Ahmaud because this is what he needs right now...we are his voice," Thea Brooks said.

"All these people are here because they are standing for justice, they are doing what's right because this situation is very disturbing," Brooks added.

When asked if she wanted to say anything to the McMichael family, she responded: "You are home with your families, Ahmaud is not, and we will not sleep until you’re behind bars,” Brooks said.

“It was a modern-day lynching caused in large part by the racial hatred of those who still see blacks as second class citizens,” he said.

Georgia Attorney General Chris Carr released a statement Tuesday referencing a video that shows the events as they played out.

"Based on the video footage and news reports that I have seen, I am deeply concerned with the events surrounding the shooting of Ahmaud Arbery," he said.

Carr said he expects justice to be carried out as "swiftly as possible."

The McMichaels' attorney has not responded to a request for comment, except to say they are not ready at this time.